Be kind, please rewind: Remembering the world of VCRs 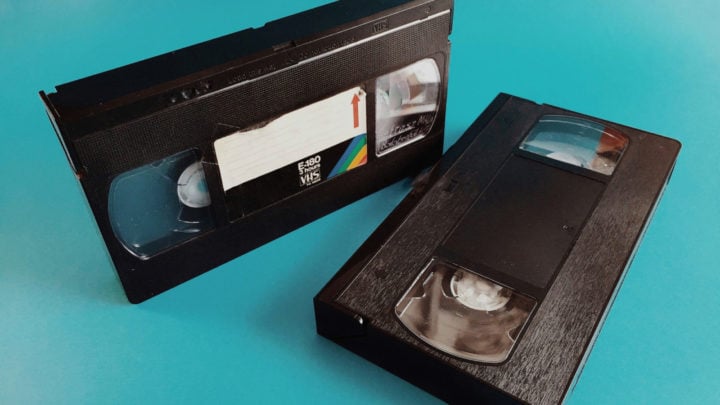 Video tapes hit their peak in the '80s. Source: Getty.

These days you can have access to all the movies and TV shows you could ever imagine with just the click of a button. And the beauty of streaming services means that for a few bucks a month you can just watch your favourites over and over again without any effort at all.

But it’s hard to forget the old days when VCRs were all the rage and the only way you could catch a rerun of a movie or TV show was to record it as soon as it aired – ads and all. Most parents of the ’80s will also remember recording videos and capturing lifelong memories of their young families on VCRs.

To record a show, you’d have to set a reminder and make sure you got it exactly on time because if you even missed just the first minute, you’d be annoyed every time you re-watched it. And then, once the cassette was ready, labelling the white tag on the front had to be done clearly and carefully to make sure nothing was recorded over or mixed up.

You might also remember heading to your local video rental shop like Blockbuster or Video Ezy to choose a movie to rent for the night. Once you were done watching, the courtesy move was to rewind the film right back to the start so the next borrower wouldn’t have to do it themselves and suffer possible spoilers.

VCRs were initially introduced in the ’80s and blew up in the early years of the decade. The popularity of the cassette continued on throughout the years but slowed down by about 1995.

These days teenagers wouldn’t know what a VHS or VCR was if they tripped over one on the street. But what these younger generations don’t know is that these simple black boxes were the start of everything we know today.

Baby Boomers are one of the lucky generations that were able to see so many waves of technical appliances introduced into the market and within a couple of decades, poof – they were gone! After VCRs, DVDs made the move to centre stage, only to be eclipsed by the short-lived BlueRay era and finally entirely overcome by streaming.

Not only did VCRs give viewers a break from regulated TV but they also let everyone record memories that most parents would have gone on to copy over onto newer forms of media and still have today. Even though VCRs are definitely now a technological relic, they’ll always hold a special memory for kids and parents of the ’80s.

Do you still own any VCRs? What was your favourite movie or TV show to watch on tape?