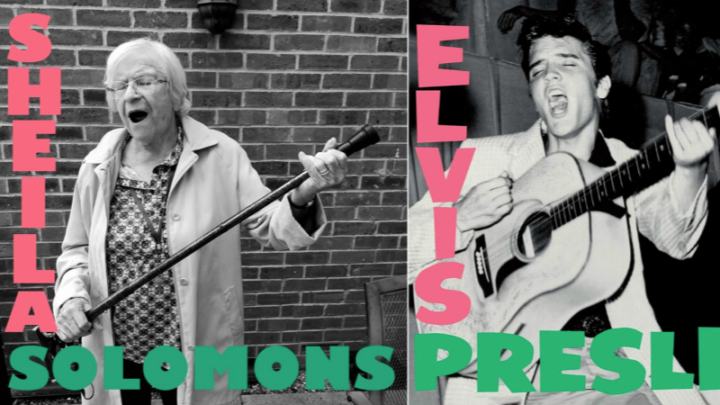 These residents were made to feel like the stars of the show! Source: Robert Speker/Twitter.

Everyone wants to feel like a rockstar sometimes, especially those may understandably be feeling a little lonely or bored after spending months of isolation holed-up in an aged care home.

And that’s exactly how the residents of Sydmar Lodge Care Home in Edgeware, England felt when they received the full star-treatment thanks to their dedicated activities manager, Robert Speker, who set up a photoshoot in which the residents recreated a host of iconic album covers.

Sydmar Lodge Care Home residents and carers have been recreating classic album covers. The home has now been in lockdown for 4 months. pic.twitter.com/XS5YQ4f1Sw

The residents have been in lockdown for four months without visitors or outside entertainment, with no end date in sight due to the ongoing Covid-19 pandemic. So in a bid to combat feelings of isolation and loneliness and keep spirits high, Speker set up a shoot to show off the real stars of the show.

The result was some uncanny recreations of a selection of the most famous albums in history from Michael Jackson’s Bad to David Bowie’s Ziggy Stardust moment in Aladdin Sane.

Instead of the 21-year-old Adele, there was a 93-year-old Vera, meanwhile Lilyonna took the place of Madonna for her classic album True Blue and Martin Steinberg took centre stage for Bruce Springsteen’s Born in The USA album, proudly turning it into Born in England.

And it wasn’t just the residents who got all the fame and glory – even the carers took part with four glove-clad workers from the home gathering together to recreate Queen’s famously low-lit Queen II album cover.

Speker admitted he took care of the lot, from setting the residents up with the right make-up, tattoo drawings, photography and editing while the care home manager also helped out with some hair and make-up touch-ups.

Meanwhile, one lucky resident, 93-year-old Sheila, even got to meet the celebrity she was recreating back in October 2018 when she made the request to see the deep-voiced English singer Rag ‘n’ Bone Man live in concert. The home took her to the gig and even organised VIP access for Sheila to meet her favourite singer in person.

In Sheila’s version of Rag ‘n’ Bone Man’s album Human, she’s covered in fake tattoos and seen recreating the signed album the star gifted her when they met.

The photos of the recreations went viral with commenters sharing their adoration for those who put in all the work to create such a brilliant set of photos. One commenter wrote: “These recreations are deep and inspiring. Bravo! Keep ’em coming!” while another said: “Not sure why I love these, but I do. What a wonderful world when we stop to wonder”.

The home has now set up a GoFundMe page to raise awareness for those who don’t know when they’ll be let out of lockdown. Proceeds from the campaign is said to be split between three charities that cover dementia, Alzheimer’s and age.

Which photo is your favourite? Do you think all aged care homes should do things like this?