Odds are shorter on a PM Shorten, so retiree shareholders should be on the alert 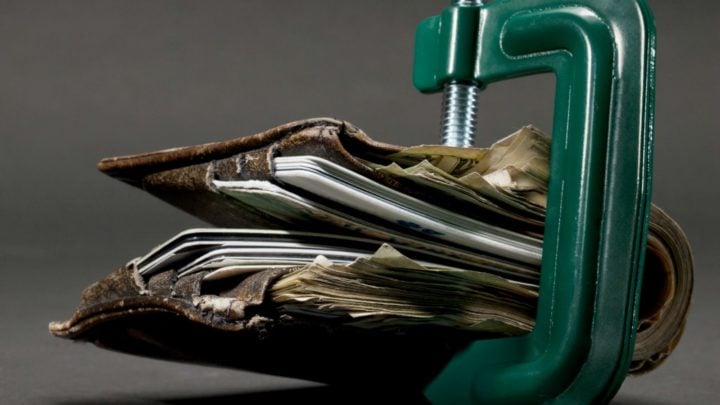 The loss of tax refunds on franking credits will put an unexpected squeeze on some retirees' wallets. Source: Getty

As 2019 kicks off, it is time to start seriously considering the probability there will be a change in government. The odds are shortening for a Bill Shorten-led government and that means a change in a number of key policy areas that will affect seniors.

Front and centre to these considerations are the flagged changes to franking credit refunds, which are a key part of tax-reform policies announced by Labor over the past 18 months. What’s also clear is the level of confusion over how the policy works and who is likely to be affected – not helped by a significant back-down by the Opposition in the weeks following the initial announcement.

Let’s assume you have an investment in an ANZ Term deposit that over the year pays you $1,000 in interest. You declare this income on your tax return and if you pay tax, you send the tax at your marginal rate to the ATO and spend what’s left. Pay no tax? You don’t send Canberra a cent.

Now, assume that instead of a term deposit, you have an investment in the ANZ bank itself via shares. This year your shares make $1,000 profit that becomes your dividend. However, in this case, the $1,000 is split; $300 that represents the company tax is sent to Canberra and you receive a $700 payment but with a $300 franking or imputation credit (they’re the same thing) parked with the ATO.

You again declare the full $1,000 on your tax return and if your other income means you pay tax, the $300 credit is used to reduce your total tax bill. But if you pay no tax, then you can get the $300 refunded, meaning you have the full $1,000 to spend.

That’s what the ALP plan to kill off – the refund of the unused credits.

But the list of exclusions recognises the voting power the ‘silver-haired devils’. Retirees are a big mob of shareholding individuals, most through their participation in the flurry of privatisations during the ’80s and ’90s in companies such Telstra and the Commonwealth Bank. The annual dividends become a handy top-up to the Age Pension and the franking credit refund comes at a time of the year when many big bills arrive. August and September are when council and water rates need to be paid.

So, let’s be clear who will be exempt from the ‘no-refund’ policy shift.

If you are on any form of Centrelink or Department of Veterans Affairs means-tested income support payment, including the Age, Disability or Blind Pension, Newstart or other allowance, nothing changes.

In reality, this probably provides a further disincentive to squirrel money away for retirement. Ensure you’re eligible for one dollar of Age Pension and you can keep your franking credit refunds.

It also means that if you subsequently qualify for a part-pension after the new policy kicks in, you’ll be able to re-claim your refunds. The same doesn’t apply for those operating a self-managed super fund (SMSF).

There is an exemption but is a grandfathered arrangement. In this case, one member of the SMSF will need to be in pension phase of superannuation drawdown at the time the policy commences. Providing you tick that box, the SMSF can keep receiving a refund of unused franking credits. If you start drawing a pension after that date, though, you’ll miss out.

The effective date would very much depend on when the election is held and on the make-up of the parliament following the election. As Australians have come used to over the past 10 years, the party that forms government in the lower house doesn’t necessarily get its policies through the senate. Some existing cross-bench senators have already said they are opposed to the changes.

As always with pronouncements from politicians of any persuasion, yours truly pinches a line from ten years ago: “I’m alert, but not alarmed”.

Would you be impacted by a ‘no refund’ policy on franking credits? Will this policy impact the way you vote?