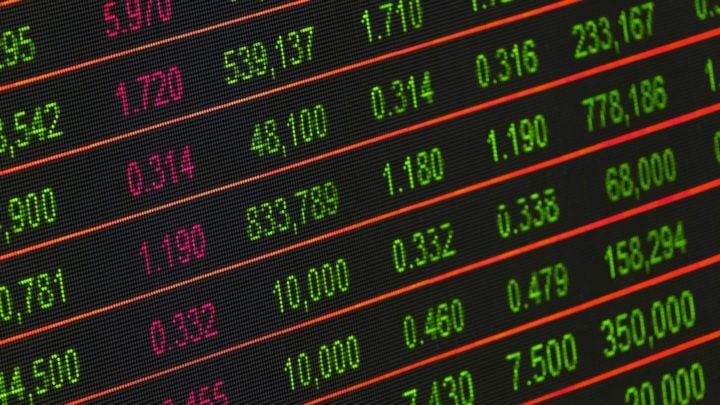 Investor Warren Buffett was effectively referring to beating cognitive bias when he famously advised 'being fearful when others are greedy, and greedy when others are fearful' when it comes to buying stock. Source: Pixabay.

In my previous articles, I talked about the cognitive biases we all have when making decisions in a highly complex world. As I explained, extensive research has uncovered that we use mental shortcuts (or heuristics) to make decisions in our day-to-day lives.

If we did not use these shortcuts our lives would grind to a halt as we would have to think about all of our decisions for too long. Unfortunately, these mental shortcuts are also often part of the decision-making process when we invest money.

In my first article, I discussed a mental shortcut (cognitive bias) called the ‘sunk cost fallacy’. In the second article, I moved on to another well-worn mental bias called ‘anchoring and adjustment’. In this article, I would like to discuss the mental shortcut known as ‘confirmation bias’.

Confirmation bias is the process whereby an individual will constantly recall, look for and favour information that supports their current beliefs, philosophies or hypotheses. This mental shortcut can prevent us from making properly considered and logical choices because we are so mentally (and emotionally) committed to our current ones. Like all cognitive biases, this process happens subconsciously. When it is explained everyone can relate to it, however, when it is happening to us we do not always recognise the process in action.

This is extremely topical at the moment following the recent election result described in many media outlets as a miracle. The ALP, its advisers and supporters had developed a now apparently mistaken belief that the election was theirs for the taking. This apparent fact was constantly reinforced in the mainstream and social media and supported by a variety of polls and surveys over an extended period of time. It would appear that all of these discussions and polls created a self-fulfilling philosophy confirming the ALP’s bias.

With the benefit of hindsight, there were significant signals pointing towards a possible alternative result, but the Opposition was constantly seeing only positive reinforcement of their beliefs and perhaps suffering from a profound form of confirmation bias. The question is – will we learn from this experience or are we all doomed to repeat our historical faults?

An extensive research project of political pundits in the US by Philip E. Tetlock, established that, on the whole, their predictions were not much better than chance. He was able to split the political experts into two schools, namely ‘foxes’ who maintained multiple hypotheses, and ‘hedgehogs’ who were more dogmatic. In general, the hedgehogs were much less accurate. He blamed their failure on confirmation bias—specifically, their inability to make use of new information that contradicted their existing theories. Sound familiar? Think about Donald Trump’s victory!

Is this a new psychological phenomenon? Not so. English philosopher and scientist Francis Bacon (1561–1626) noted that biased assessment of evidence drove, “all superstitions, whether in astrology, dreams, omens, divine judgments or the like”.

Read more from Jim: Pick a number, any number: The classic mental trap that catches investors

He wrote: “The human understanding when it has once adopted an opinion … draws all things else to support and agree with it. And though there be a greater number and weight of instances to be found on the other side, yet these it either neglects or despises, or else by some distinction sets aside or rejects”.

It appears that the old adage, “the more things change the more they stay the same” is still apposite today. Although confirmation bias is alive and well in politics it is also commonly observed in our buying and selling behaviours, religion, health, science and more recently in social media, among many other areas of human interaction.

In relation to social media, I found the following excerpts on Wikipedia: “Confirmation bias is amplified by the use of filter bubbles, or ‘algorithmic editing’, which shows individuals information that they are more likely to agree with, while excluding opposing views. Some have argued that confirmation bias is the reason why society can never escape from filter bubbles, because individuals are psychologically hardwired to seek information that agrees with our pre-existing values and beliefs.

“Others have further argued that the mixture of the two is degrading democracy—claiming that this ‘algorithmic editing’ removes diverse viewpoints and information—and that unless filter bubble algorithms are removed, voters will be unable to make fully informed political decisions”.

I must say, that these observations strongly support my own views in relation to how we continue to cling to sometimes misguided views of the world without really understanding why.

Specifically, though, in relation to finance, confirmation bias presents itself in a number of ways. This bias can lead investors to be overconfident and ignore evidence that their strategies may lose money. It is linked to the anchoring and sunk cost biases. Studies have established that investors perform significantly better when they resisted confirmation bias. So, how do you combat the effects of confirmation bias?

The first step is to recognise that the problem is occurring.

Almost all consistently successful investors have often acted in a counter-intuitive way and take a contrary viewpoint to the herd. How often have we heard of those brave, but ultimately successful, investors who decided to buy when everyone else was selling or vice versa? For the majority of humans, acting in a counter-intuitive way is very difficult because it goes against hard-wired instincts. However, it is one of the most effective ways of neutralising cognitive errors like confirmation bias.

Don’t let intuition (powered by instinct) prevent you from making the right decisions. Consider taking the contrary view and analyse the possibilities. Certainly, good advisers will adopt this approach on behalf of their clients and are less prone (but not immune) to cognitive biases.

Can you recognise confirmation bias in your own life? Do you think it has an effect on your financial decisions?