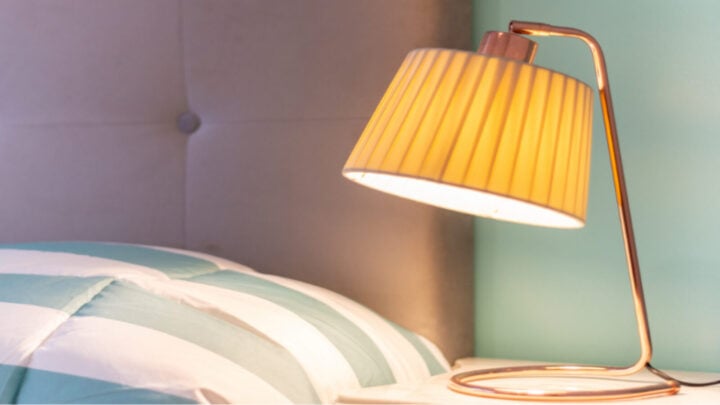 Like many of us, Gay has a fondness for curling up in bed and getting comfy. Source: Getty

I love my bed. Is that strange? Maybe, but I bet a lot of over-60s are nodding their heads. Ever since I was a young child I wanted to live what I suppose is a night-shift life. Wide awake enjoying the peace and quiet until very late.

Getting out of bed to go to school was a misery. We lived in country towns, visiting Nan in Melbourne meant a 4.30am alarm to get up and dressed. Even now I can remember Mum having to dress me. She said I was a floppy doll.

Now, it might sound strange to say but Covid-19 has enabled the life I wanted – although I hate the reason for it.

These days I go to bed about 3am or 4am, listen to an audio book for an hour, then drift off to sleep. Most mornings the peepers don’t open until 11.30am.

A friend said to me recently: “It sounds like you are really depressed.”

Well, trust me, I have been, and occasionally still do get depressed, but not on these occasions.

You mention depression today and you will see more heads nodding than not. But in the 1950s, if people knew about it, you would have been relegated to a strange relative, tucked safely away on the funny farm that we don’t mention.

For example, my Dad’s bouts of melancholy were put down to the war. Now, add the family history and today there would be more red flags than a communist rally.

My Uncle was probably bipolar, he was up and down like a roller coaster and, eventually, took his own life. My Dad’s sister had obsessive compulsive disorder. While Dad himself existed in a solitary bubble.

My son started running away from his mind when puberty hit, and took his life. One daughter, like me, suffered crying jags that went on forever, but, thanks to modern understanding, she’s still with us.

Finally, dealing with Guilt. Yes guilt, with a capital G. The guilt of feeling like you passed this down to your children.

A dear friend asked the ‘woulda coulda shoulda’ question: “If you knew would you still have had children?”

My answer is 100 per cent yes, but only knowing what I know now, that this disease has some controls. Looking at my girls, grandchildren and great-grandchildren, guilt can go bite itself. I did good.

But, back to today. This morning I woke snuggled under my warm doona, sun streaming through the window, covered with cats and a dog fighting for space and I was supremely happy.

I guess the idea of this blog is just to say, take your happiness where you find it. Strangers’ opinions may be interesting, but they really don’t matter. So don’t let them inhabit your head, it’s not like they are paying rent in there.

Just saying, at 80 years old, despite lockdown, life is so very good.

Are you a night owl?