‘Why journalists fall victim to their own lofty ambitions’ 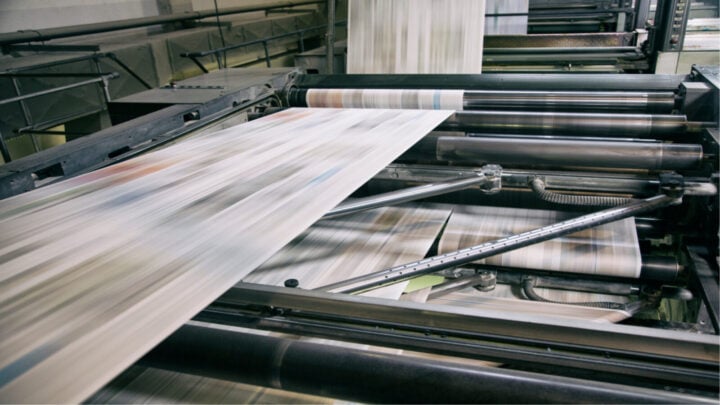 This community writer knows first-hand what it is to be a journalist with aspirations for more. Source: Getty

Lying on one of my bookshelves, quite unobtrusively, is a green, lever-spined folder. If one were ever tempted to leaf through it, one would find inside about 210 pages with something like 115,000 words printed on them. Hard evidence that I am not the first and will certainly not be the last journo to quietly bury his ‘novel’ somewhere in the house.

What makes mine a little different is that it was actually finished, if that is the right word, and therefore it occupies a modestly honourable place in my private library, and is not gathering dust in the bottom drawer of some shabby piece of redundant furniture in the garage.

To be quite truthful, I think the only reason mine was ever finished was that I was determined that it would be finished, having seen so many of my colleagues begin the great magnum opus with a flourish before succumbing to the inevitable defeat that follows, as night follows day, from the discouragement that is delusion’s constant handmaiden.

They used to say that every private soldier has a field marshal’s baton in his kitbag and so it is a truism to say that every journo imagines that his daily 400 words of pedestrian tosh germinates the seeds of genius which will, in time, flower into The Great (Australian) Novel.

It was a circuitous route that brought me to this peculiar flash of insight. Our family had been so depressed by the pitiless progress of Covid-19, that the evening television news was banned; having brought ourselves up to date via the breakfast news with the death-toll of the past 24 hours, we felt no need to rub salt into the wound.

With time on our hands, we began to spin around the dial, dodging game shows, home improvement and soft-core porn and all the rest of the reality TV blah. And in doing so, we were unexpectedly served a feast of advertising material. Let us ignore the preposterous claims of many of these ads – like, how do you really know which is the “best” insurance policy in the world, et cetera – yet I found myself entranced by the sheer virtuosity of the ads themselves. Taking mundane situations and banal products and telling stories that really get you in, if not put your hand in your pocket. Which is the point of it all, I guess.

After one particular ad – I cannot for the life of me remember what it was – in which the little scenario ended with a dazzling throwaway line that had no real relevance to the ad itself, I gasped: “That’s brilliant”.

As it happened, my wife used to work for a time as a librarian in a well-known advertising agency in the Aussie adman’s capital, North Sydney. Therefore, she was able to tell me what it was like to roam along the agency corridors on her errands, listening to admen and women brainstorming a brief into a 45-second television ad. “It was amazing,” she recalled, “how they would grab anything and run with it, setting off more crazy ideas among the others in the session.”

Readers of my mid-seventies vintage will know that we were the Mad magazine generation and a particular target of that semi-subterranean rag was the Madison Avenue (New York) advertising industry – “Let’s run it up the flagpole and see who salutes” was always guaranteed a sneering serve – and its callous abuse of the truth. I still remember one cartoon about a gang of suits wrestling for a name for a new cleaning product when a window washer outside the room lost his grip and plummeted towards earth, suddenly inspiring the product name they were desperately looking for: Comet.

With Mad magazine as my conscience, I was unlikely to be impressed by the advertising industry, but as my wife described one anecdote after another, to peals of laughter, a germ of something new began to stir. Why was it, I wondered, that former advertising copy-writers, like Peter Carey, could make the transition from hack work to the big stage of literature, while journos, who write so much more and are titillated by their own by-lines, struggle?

Indeed, I cannot recall a single journo, either here or abroad, who successfully made the transition from reportage to creative writing, although many, possibly most, harboured that ambition to some degree. Some came close. I remember one colleague – let’s call him Simon, which is a very good journalistic name – who had a more promising start than most, having earned a master’s degree in English literature from Sydney University, unlike the usual journo backgrounds of history, political science and economics.

Simon had scored a very unusual gig in his journalistic career, becoming the press officer for the United Nations military mission in Bosnia, so there was plenty of scope for a creative inside story, including one character he observed who insisted on taking his pet tiger for a walk during the fighting.

Well, Simon duly sent off his manuscript to the dreaded literary agent but eventually was turned down. And that’s when it gets murky, because no-one ever tells you why they knocked it back; presumably, they just didn’t like it, which shows what a lottery it is to put your creative life in the hands of an agent. But Simon got a little more feedback than usual: “It needed more life to it,” the agent commented, “especially the brothel scene.”

I’ve got to hand it to Simon; when he received this disappointment, he took it with true journalistic gallows humour: “Then I’d better do some more research,” he said, archly.

Yet, although that conversation took place a good 12 years ago, I see now why it is that so many journos failed to turn the grass of their daily vocation into the lawn of immortality: and it is that they are trained to seek, tenaciously, the essence of ‘what is’. Whereas, the adman is encouraged – not trained – to break free, to let it all go, in the uninhibited pursuit of ‘what may be’ and is always ready to see things in the craziest way possible.

That, I fear, is the stuff of true creative writing, not churning out 400 words every day to fill the holes between the ads, as we used to say. “Today’s story is tomorrow’s fish-and-chip wrapper” might have been a cynical old saw on the journalist’s craft, but, many years later, it is sobering to reflect on how close to the bone it might possibly have been.