What’s hot to watch: 3 top picks to kick off the season 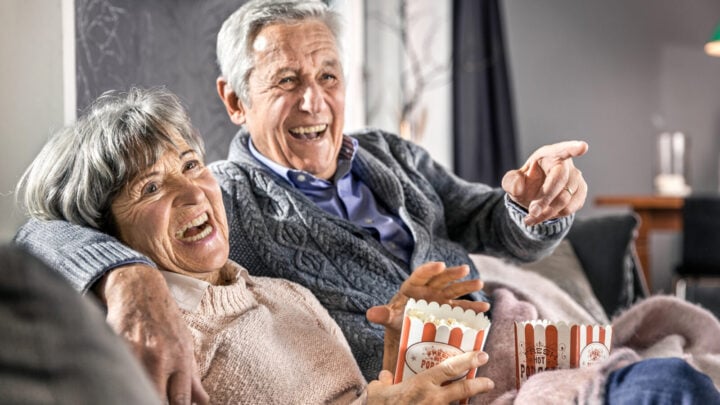 Want to know what to watch? We've got you covered! Source: Getty

Another month of mixed viewing with a little bit of everything. I was planning to look at some political dramas but I think we may have had enough of politics for a little while so I will keep that for next time. For now, escapism here we come.

Don’t even try to find a box that this show fits in. It’s a genre all of its own. Watching it at times, I was cringing, other times laughing out loud and I even shed a tear. There was a sense of pathos and real storytelling, warmth and drama that is somehow wrapped around comedy.

Catherine Tate is well known for her outlandish comedic performances and she has now turned her hand to a prison comedy series Hard Cell on Netflix. Tate plays multiple characters in the six-part mockumentary set in a fictional female prison called HMP Woldsley, including governor Laura Willis, Ros and her mother Ann Marie as well as guard Marco. The Laura character is committed to rehabilitation through creativity and having moved from PR to the Warden role sets out to prove her belief. There are some hysterically funny moments.

While Hard Cell doesn’t fit easily into a box it really doesn’t need to – clever, funny and at times uncomfortable viewing, but well worth a look.

A friend invited me to the cinema to enjoy this on the big screen and while the salted caramel choc-top ice cream may have assisted, it was a good way to spend a rainy Sunday afternoon.

To find pleasure in any of the Downton Abbey series or films, I recommend you set aside your feelings about inherited wealth and power and just observe it rather than react to it unless of course, you are a member of the landed gentry.

The film begins with the wedding of Tom and Lucy (who met in the last movie) and then follows a storyline line of an inherited villa in the south of France and the Downton house being used as the set for a Hollywood movie. Dowager Countess Violet (Maggie Smith) hears that she’s inherited a villa in the South of France from a former suitor, a French marquis. Violet decides to leave the villa to little Sybil (Tom’s daughter with the late Sybil Crawley) since all of her other great-grandchildren are titled and will inherit elsewhere. The second, concurrent storyline is around the family home of Downton being used as a movie set which brings in much-needed funds to repair the roof of the home and Lady Mary (Michelle Dockery) saving the day with her always present willingness to embrace the tides of change and modernity.

I found some of the pacings a little odd, particularly when jumping back and forth between France and home, but Downton Abbey gives a veneer of class to a guilty pleasure. It’s very much a soap opera, but if you can shut out the real world it’s a treat, and there is always the amazing Maggie Smith.

Netflix released season 6 of Workin’ Moms recently. It’s a Candian production (if you hadn’t already guessed from the Moms, not Mums) which follows Kate Foster, played by Catherine Reitman who also created the show, and her friends, as they juggle careers, children and life. It’s a very relatable series about a PR executive and her longtime friend, no-nonsense psychiatrist Anne. The pair attend a judgmental mother’s group, where they meet Jenny and an optimistic real estate agent Frankie. The four quickly form an unlikely friendship, sharing struggles of urban motherhood filled with the chaos of toddlers, tantrums careers and life.

I enjoyed the first two seasons and plan to devote some time to catch up with Kate, Ann and Frankie to see how their lives are going.