‘What’s all this noise about an asteroid? Media’s attempt to scare us is a bit ho hum’ 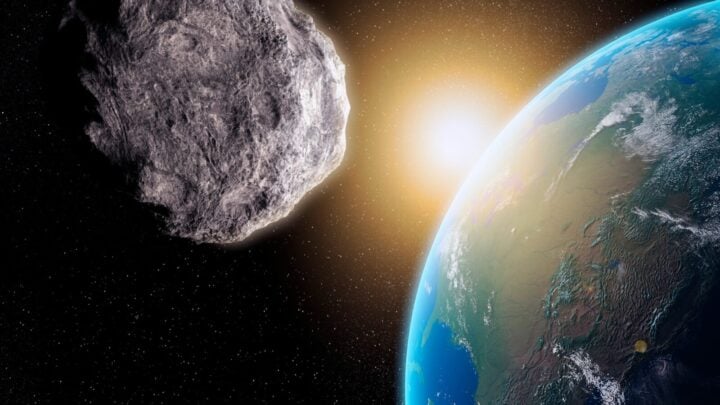 The news media reported that an asteroid was on a collision course with Earth recently. Source: Getty Images

Apparently an enormous chunk of space rock is hurtling towards Earth with devastating consequences if it hits us. That sounds as good a reason as any to not bother mowing the lawns.

The warning was in the media (so it must be true) and quoted NASA as stating the rogue asteroid “bigger than the Eiffel Tower” and “as big as a football field”, is hurtling towards Earth. It was due to get here on December 11, a good couple of weeks before Santa Claus.

The alert, published to distract us from our morning over-60s ritual of arguing with our partner over what day of the week it is, was prominently featured in the online news in what those in the industry call ‘clickbait’. Clickbait is a sophisticated term for the more common term ‘misleading’, which our national media excel at. Here’s how it works: The media wants you to click on their news article, but you won’t read it if the gist is in the headline and the first paragraph. The best clickbait articles are the ones that scare you into reading them.

Harmless Monster Emerges From Ocean doesn’t work as well as ‘NASA warns huge ‘potentially hazardous’ asteroid hurtling towards Earth’. That’s the actual headline of the article I’m referring to here, so of course we read on.

There’s an asteroid the size of the Eiffel Tower heading toward us? Do I have time to put the bins out? And why are the French throwing the Eiffel Tower at us? Are they still whinging about those bloody submarines? (Over-60s tend to compress many issues into a single thought stream.)

The media, of course, are loving the panic they generate from such clickbait articles, awarding each other Brownie Points for the scariest headline and never for a moment realising the football pitch’s worth of furious space rock might directly land upon their newsroom. Score 10 Brownie Points to the asteroid!

As always the truth of the scare mongering article is buried deep down. In this case you have to wade through several paragraphs to reach this line about the scary asteroid. “It will travel about 2.4 million miles away from Earth — around 10 times the distance between our planet and the Moon.”

So a huge chunk of angry French-speaking rock is hurtling toward Earth, but it will pass by 10 times further away than the Moon so it won’t wipe us out. That’s like warning someone in Brisbane that a demented Frenchman is chucking stones around Melbourne.

Why did the media pick on the poor Eiffel Tower to create the image of hurtling planetary doom? If this was a Hollywood movie the rock would resemble the Statue of Liberty. Also made in France. Does the media want the French to be blamed for all planetary catastrophes? If so, I can think of another country that’s done more to create earth disasters in recent times.

There is hope for us as our media has also reported a NASA mission to send a spacecraft out to the final frontier to practise deflecting asteroids by ramming a space probe into a chunk of wandering rock to try and nudge it off course. It’s called planetary defence because NASA can’t admit they all grew up playing Space Invaders and this is the coolest way to practise those moves. Zap an asteroid is the new game. There’s probably a French language version too.

Personally, I’m in favour of nuking rogue space rocks because they did it in the movies and it would be fun to see it in 3D this time, but without Bruce Willis flying the spaceship.

Not to be deterred by the ‘near miss’ clickbait article, the same report goes on to treat the asteroid like an Australian TV series — subject to endless repeats. It states the asteroid is set to return another 12 times in the next 175 years, with closer encounters each time. It’s due to pass nearby again in 2031 and 2050. The nearest it will travel to Earth will be in February, 2060 when it’s just 750,000 miles (1.2 million km) away. It’s like endless re-runs of The Bachelorette. Annoying as hell but it’s always ‘there’.

The over-60s audience will be noting those dates and computing how old they’ll be when Le Angry Rock returns. The calculations, of course, depend on whether they and their partner can agree on which day of the week it is today.

It will give us all plenty of time to weed our gardens before the cosmic greeting card arrives. If it’s delivered by Australia Post, it will be late so that will buy us some more time to get the lawns mowed too. We must look our best for when the Eiffel Tower comes calling.

How do you feel about the way the media reports the news today compared to years ago?