‘Watch out Scomo! The US is coming for your coal dependency’ 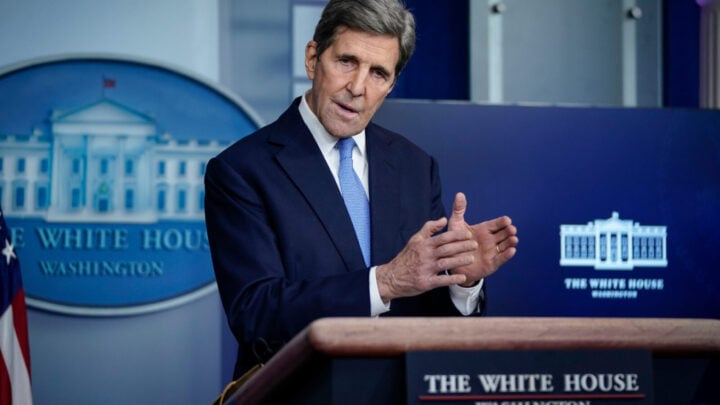 Special presidential envoy for climate John Kerry speaks during a press briefing at the White House on Tuesday. Source: Getty

On Tuesday morning, I heard John Kerry, the new US special presidential envoy for climate, outlining US President Joe Biden’s climate change approach and his executive orders to kickstart the implementation of his policies. Not only did Biden re-sign the US to the Paris Agreement on climate change during his first day in office, but now Kerry has pointed out that the treaty is not enough for Biden.

What Biden is looking for is the formation of an international coalition, ideally including all the nations of the world, to make a concerted global effort to rein in global warming. He has not only stopped the construction of an oil pipeline between the US and Canada, he has also stopped subsidies for the fossil fuel industry in the US, and is looking into developing a massive infrastructure for expanding the production of green energy with enormous employment opportunities.

The world badly needs a major democratic country to lead by example and provide a global perspective and leadership for action. In the past few years, China has been the de facto leader while the US shirked all responsibility for global warming under Donald Trump. But the Chinese regime has not only helped the world fight global warming – through its massive production of windmills (for example) – it has also contributed to maintaining and worsening climate warming as the world’s greatest greenhouse gas emitter. (The US’ share of emissions – 14 per cent – is roughly half of China’s 26 per cent.) China relies on coal for its massive steel furnaces, and it also exports coal-based power stations to help energy-poor nations produce electricity. China’s regime will do anything to make more money, even if its actions contribute to the worsening of the climate change crisis.

Listening to Kerry outlining Biden’s climate policies, I exclaimed, “Thank God! At last an intelligent plan for reducing global warming.” I sighed with relief and a mixture of joy and anger. “Scomo watch out!” I thought. “The US is coming for you.” There’ll be no more covering up of Australia’s significant contribution to global warming, not just by our excessive reliance on fossil fuels but also by exporting global warming via our massive shipments of coal to developing nations such as China and India.

Australia cannot continue to pretend that it can rely on coal for domestic energy and exports while at the same time work to effectively reduce global warming. It’s high time Scott Morrison stops promoting the interests of the coal lobby and instead takes an aggressively pro-green-energy policy.

Biden’s initiative gives Australia’s opposition parties a golden opportunity to direct a blowtorch towards the Coalition’s sluggish climate policy and force the government to become a co-leader with the US for expanding green power. It’s time Australia stopped dragging its feet on formulating and pursuing an effective climate policy.

What do you think of America's new climate change policies?