‘The woman he thought was his sister was actually his mum’ 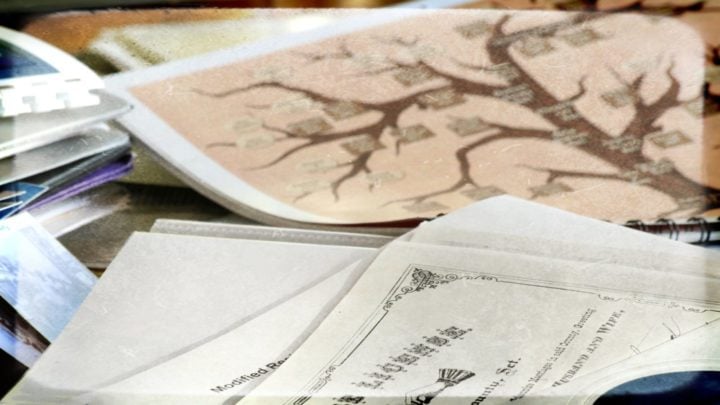 For this community member, digging into their family history revealed more than they expected. Source: Getty Images

Some time ago I watched the television program Who Do You Think You Are?. If you haven’t seen the program before, it follows celebrities and media personalities as they uncover the secrets and mysteries of their ancestry. It’s one of my favourite programs.

One of my favourite episodes was in the Australian series six, where entertainer Paul McDermott had a particularly touching family history. McDermott had discovered that his mother, Betty, was adopted and in a sad twist, her birth mother was buried in an unmarked grave nearby her childhood home. Betty had an inkling that she was adopted, but she never knew the full extent of what had happened — her parents had both died by the time she was three.

It was an enthralling, albeit upsetting, viewing. McDermott explored his family tree and the sad events that punctuated his mother’s life and the life of the grandmother he never knew.

I can relate to the show. A few years ago I looked into my family history and discovered that the woman my paternal grandfather thought was his older sister, was actually his mother.

Sadly, he died many years before this information could be revealed, though I don’t feel he was any less loved. I do wish he had known though.

His ‘mother’ (really his grandmother) had died when he was 21 and he loved her dearly, but there’s a part of me that resents her for not telling him the truth … In those days it was very much taboo for an 15-year-old to be a mother.

The story was a bit muddled up, but from what I understand, my grandfather’s mother fell in love with the local mayor’s son (who was 23 at the time) and consequently fell pregnant with my grandfather. She hid it from her mother for many months and I suppose they both decided it was best for the young girl to live a normal life. She later married another man and had five more children. She died two years before my grandfather and took her secret to the grave.

Whenever I watch shows like Who Do You Think You Are?, I remember my interesting family history and wonder what else there is left to discover. My husband’s ancestry in Scotland is part of the reason we have travelled there several times — he strongly believes he has royal blood, but I can’t be so sure!

The great thing about technology is that it can allow us to find records with ease and at a low cost. The thing about digging into your family history is that you do have to be prepared for some surprises!

Have you researched your family history? Did it reveal anything unexpected?