The Screen Critic: Shockingly good prequels and edge of your seat thrills 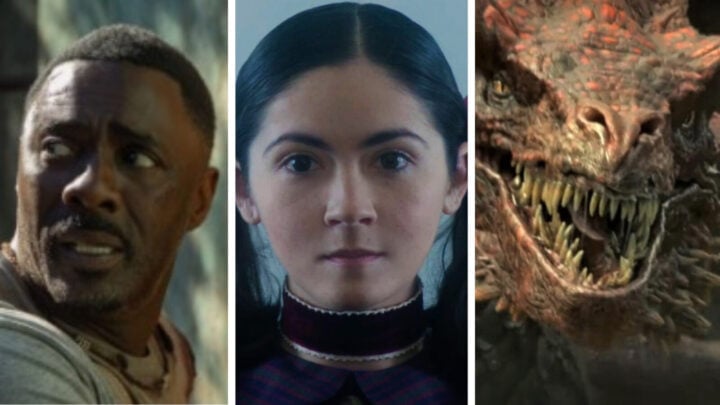 Talk about your holiday from Hell.

In the highly entertaining jungle adventure Beast, Idris Elba plays a dad who takes his two young daughters to an African safari park run by his friend (Sharlto Copley from District 9), hoping the wonders of the wild might help them heal over the recent loss of their mother.

Nice plan, only a giant lion has other ideas. Having seen its pride slaughtered by illegal poachers, the ferocious feline now regards any human as a threat.

After munching its way through a local village the colossal kitty promptly pounces upon the family’s vehicle, its jaws and claws crashing through the windows and doors as dad and daughters scream for their lives. This rather ruins their vacation.

A straight-up B-grade survival thriller, the film’s savage star attraction is a marvel to behold, so frightening and vicious it’s hard to believe it’s a digital creation. Many masterful single takes help build the tension and the cast, to their credit, act suitably petrified throughout.

Still in the mood for survival shenanigans? Then check out Prey (on Disney +), a surprisingly effective reboot of the Predator franchise that sends the dreadlocked, multi-jawed alien hunter to the American plains of the early 1700s where it does battle with a tribe of Comanche locals.

Taking particular issue with the predator’s presence is Naru (Amber Midthunder), a short, young Comanche warrior who offers the alien a little more resistance than it was expecting. There’s plenty of limb-tearing, atmospheric cinematography and a neat message about judging people based on gender or stature. Great fun.

So, too, is Orphan: First Kill, an excellent, cliché-averse prequel to the hit 2009 horror film Orphan.

Again tapping into our universal fear of creepy movie kids, we learn of how the stone-faced Esther (again played by Isabelle Fuhrman) insinuated her way from a snow-covered facility in Estonia and into a wealthy, artistic American family in cold Connecticut.

Everybody seems to have a sinister agenda as Esther settles in and engages in a no-holds-barred tussle with her frosty foster mother (Julia Stiles) over who rules the roost in this tautly directed horror show.

As with Prey, there’s far more style and originality here than you usually get with a prequel as Esther shows how her manipulative sweetness is matched by her cold-hearted brutality and creepy fashion sense.

A much lower grade of horror is served up in The Invitation, a lame modern-day vampire yarn about a young American woman (Nathalie Emmanuel) who hooks up with her long-lost British relatives, only to discover – well, you can probably guess the rest. Critically derided but enjoying some box office popularity (we’re always fair here) it’s strictly for the easily scared.

If you’re in need of some deep sleep, Three Thousand Years of Longing should do the trick. What a dud this film is.

Things start off well as a lonely, love-starved academic (Tilda Swinton) discovers in her hotel room that the little ornamental bottle she bought at a shop in downtown Istanbul contains a wish-granting genie (Idris Elba, clearly a very popular actor).

Unfortunately, the story quickly flatlines as the genie – or Djinn – begins rattling on about his backstory, which turns out to be totally dull and unengaging. The production values and visual effects are first-class, yet director George Miller (yes, the Mad Max guy) can’t bring the affair to life. The film has already bombed in the US and it’s easy to see why. A huge disappointment.

The great thing about House of the Dragon (Binge) – a show every Earthling knows about thanks to its record-breaking $100+ million saturation marketing campaign – is that you don’t have to sit a Game of Thrones entrance exam to enjoy it.

If anything, the first hour-long episode seems to warmly invite those whose familiarity with Game of Thrones is limited to online headlines, overheard conversations and the presence of the unopened box set of the entire series sitting on their DVD shelves.

Set about 200 years before the events of GoT, the opening shot of House of the Dragon lays out the power struggle in the mythical, medieval, dragon-friendly fantasy realm of King’s Landing, on the continent of Westeros.

Distraught over the loss of his wife and son during childbirth, the King (Paddy Considine) must work out who best to succeed him.

Hot for the gig is Prince Daemon Targaryen (Matt Smith), though not to be ignored is feisty Princess Rhaenyra Targaryen (Emma D’Arcy), a dragon-riding proto-feminist who shall not be denied her place in the male-dominated power structure.

Some lovely dragons, lots of violent jousting, plenty of loud arguing and a touch of sexual debauchery are framed by a lavish, cinematic production, including majestic structures that look a little like Hogwarts.

The creator of the whole circus, author George R. R. Martin, again serves as executive producer. Enjoy – and don’t be put off by going in cold.