The resilience of Australian democracy 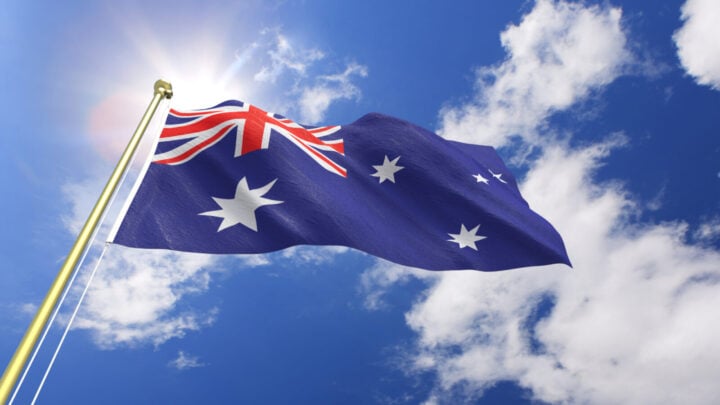 Australia has voted for a change. Source: Getty

At the Australian Federal Election last month, the people had spoken unambiguously.

They let their political rulers know that their duty is to represent them and if they fail in doing so, they get kicked out of office.

There has been such a drastic reduction in the Liberal and Labor Parties’ primary vote, that some wondered if this may signal the end of the two-party system in Australia.

Perhaps never before in the history of Australian democracy, have we seen such a resurgence of ‘people power’ than now.

The conservative government, backed vigorously by a dominantly even more conservative mass media, threw everything at their political opponents to keep them out of power.

For example, in a botched campaign, the ex-government, in alliance with the ultra-right section of the media, attempted to label the Labor leadership as stooges of the Chinese Communist Party.

The ex-Prime Minister warned vehemently against the election of independents and he did not stop his scare campaign against Labor even in the last hours of the polling day.

In a desperate attempt to cling to power, Mr Morrison broke his own previous undertaking and against Labor’s protest, released information about a Sri Lankan refugee boat being turned back on the day of the election.

He warned that the electorate must vote for the Coalition because Labor would not turn such boats back.

In doing so, he played political football with refugees to wedge the opposition by trying to invent division, in spite of the unambiguous bipartisan Labor commitment to continuing the Coalition policy of turning the boats back.

Clive Palmer spent more than a hundred million dollars on political advertising during this election.

Yet, as the Daily Mail, Australia, headlined:

“Billionaire Clive Palmer somehow wins NO lower house seats despite a six-month election campaign and renting out what felt like EVERY billboard in Australia… and Craig Kelly lost.”

Pauline Hanson managed to retain her Senate seat only by the skin of her teeth.

The Liberals suffered a crushing defeat.

Labor managed to win the election with a primary vote of just over a mere 32 per cent, but the Greens did better than ever before.

The unprecedented number of nine ‘teal’ independents, tellingly all women, unseated Liberals, including Josh Frydenberg in his previously safe and never before lost seat for Liberals.

The Australian electorate has had enough with the status quo.

They demand decisive action against global warming, political corruption, the increase in the cost of living and the reduction of living wages.

They insist on justice for women and for the First Nations, at last.

The majority seems to have shifted to the Left beyond Labor’s modest agenda.

There were numerous ominous warnings to both major parties prior to the election, especially to the conservatives, as to just how much they were out of touch with the needs of the young people too.

More than one million and six hundred thousand young people were enrolled to vote in the 2022 federal election.

Results from triple j’s ‘What’s Up In Your World’ survey, which was conducted in April 2022 and surveyed more than 1,600 18-29 year olds, showed that young Australians are highly politically engaged but extremely disappointed with the leadership of the major parties.

On all these issues they demanded more radical policies than either of the major parties offered.

The majority of the voters not only rejected the Liberal Party decisively but also the others on the conservative side represented by Pauline Hanson’s and the United Australia party’s candidates.

The exception was the National Party, which even though suffered some swing against it, retained all its seats and remained entrenched in some of regional Australia.

Australians could have just protested against the Coalition and registered their disapproval by voting for more non-government conservative politicians.

But in general, they did not.

As it turned out the electorate at large, shifted more to the left than the Labor Party dared to.

Though Labor read the electorate better than the Coalition, many electors expressed their frustration with the old government, not by voting for Labor, but for the more radical Greens and the teal independents.

This time Labor put forward a modest agenda for reform, as it burnt its fingers at the 2019 elections when it lost with its more radical platform.

In going more conservative this time, Labor failed to embrace the extent to which the electorate was ready for a more ambitiously radical government now.

In formulating only modestly reformist policies for this election, Labor seems to have succumbed more to the predominantly conservative media’s scare campaign than the general electorate did.

In spite of the fact that such a campaign against Labor was even more ferocious now than at the last election, this time the general electorate, by and large, refused to be swayed by misinformation.

One reason for this may also be that most people now gain their information from the more diverse electronic media as distinct from the more conservative print media.

But, it is imperative for the health of Australian democracy that the new government takes up the 2021 recommendations of the Senate Select Committee on the concentration of media ownership in Australia and acts to ensure that the spreading of mass media misinformation is penalised, that a level playfield in media ownership and access to a variety of political opinions across the mass media is established, and that national broadcasters, the ABC and SBS receive adequate funding, independent from government control.