‘The pandemic has shown us what true Aussie grit looks like’ 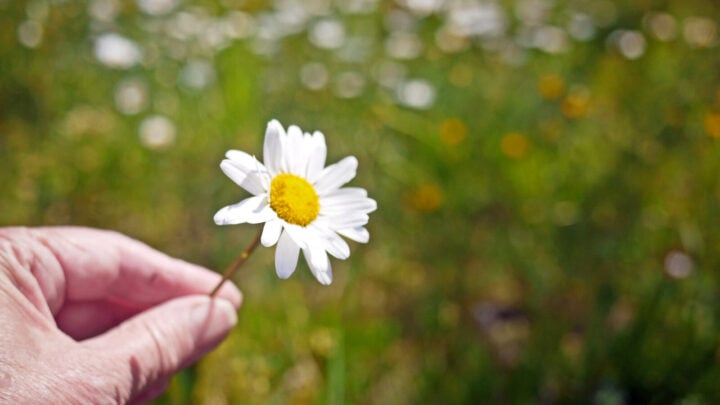 The pandemic has been hard, but it's also brought out the best in some of us. Source: Getty

Perhaps I’m jumping the gun but I think there are some slight stirrings of change in the air. I’m not talking about Covid-19, because I think there is a long haul in front of us before we can even contemplate, in the worst-case scenario, what is an acceptable level of infection we can live with. Nor am I talking about redemption in our aged-care sector as the problems there reflect decades of neglect so that nothing short of a magic wand could solve them in any foreseeable future.

What I am talking about is the response of the public and our institutions to the coronavirus pandemic. Most obviously, it is the comparison between the reaction to the Global Financial Crisis of 2007-08 and that to the current pandemic. You could hardly credit that the same party that foamed about a “debt and deficit emergency” 10 years ago, could now be presiding over a deficit of $200 billion. Without a word being uttered about “the end of civilisation as we know it”. Yet, that’s politics and I wouldn’t lose too much sleep looking for consistency in the faith-pronouncements of our leaders. Because it’s just the icing on the cake and it can melt anytime.

What is more significant and what fills me with a smidgen of hope is the cake itself; that is, the attitudes being expressed and actions being taken right across the whole country. By and large, people are accepting the border closures and restrictions; they are highly critical of those who flout the rules designed to keep us alive; and they are showing astonishing selflessness when it is required.

I have been watching a lot of television lately about how hard it is for small business to make a living when few potential customers are able to go out for more than essentials. One Melbourne café proprietor said he had made only $23 in the past week, yet he wasn’t screaming about his victimhood – clearly, he thought that greater issues were at stake.

And there have been many others. Like the businessman who stopped taking any money for himself and his family, because he was worried about the lives of his employees who had “mortgages to pay and families to support”. And the unions who went easy on strictly regulated working conditions to help struggling businesses survive.

Above all, there is the question of masks. Who, seriously, wants to go out and about with a wad of cloth stuck over their mouth and nose? But we’ve done it because we understand implicitly that wearing a mask is less about us contracting Covid-19 from others than it is about others catching the fatal virus from us.

Here, in my own modest New England town, people are starting to emerge from their shell-shock and are edging towards a new way of looking at things. Just yesterday, I was talking to a local businesswoman (keeping the prescribed distance, of course) and she expressed the fateful opinion: “You can still make a profit from your efforts without the pursuit of profit itself being the sole reason why you’re in business.”

As I heard those words, which gave me such a sharp perspective on the real purpose of life, I had a momentary lapse and regretted the disappearance of Margaret Thatcher. I would have liked to ask her, after everything that has happened in the 21st century so far, did she still believe in TINA – that is, her catch-phrase “there is no alternative”.

Obviously, a growing number of people – from the Federal government down – no longer believe that the unregulated market forces she spoke so stridently for are capable of solving our problems once the good times stop rolling. Obviously, the parents, teachers and kids at our local school are not waiting for some corporation to decide if it is profitable to make face masks. They are doing it themselves.

Warnie didn’t wait for some corporation to provide sufficient hand sanitiser for hospitals, after deciding whether there was a buck in it; he rejigged his gin distillery equipment and made it himself. And so the list goes on. Until we reach a new paradigm: money’s good but is it the be-all and end-all of everything? Is it socially responsible, for example, to be paid into an offshore account so that you can go hiking in the Dolomites and sailing in the Aegean when you could be paid into an onshore account, pay your fair share of Australian taxes, and still have enough to go hiking in the Daintree and sailing in the Whitsundays?

I’m not going to give a definitive answer to that question, because it’s not my business. But I will say this much: virtue is its own reward, so I believe that generosity is its own reward. And so, at the very least, people might reflect on how little generosity there has been in the deadly years since “inspiring” figures like Margaret Thatcher and Ronald Reagan graced the world stage.

I would like to finish by telling a little story about my late Irish-Catholic father-in-law’s own protestant father-in-law. Tommy was a tiny coal miner from South Wales who emigrated to the Hunter Valley (NSW) just after World War I. He was a shot-firer, which meant he would wriggle into impossible crevices to place explosive charges prior to another underground gallery being blasted open. It was incredibly dangerous work.

But Tommy, like his wife, was a religious fanatic, having been converted in the fundamentalist Christian revival that swept the British coalfields in the first decade of the 20th century. Consequently, every non-working hour was spent in the service of his church and most of his income as well. The family had nothing, being forced to eke out a desperate living through the Depression in a rented windowless shack on the outskirts of Kurri Kurri.

Not surprisingly, Tommy hated Catholicism, socialism, communism and trade unionism. He refused to join the union, yet he never scabbed when his workmates downed-tools in those troubled years. People forget how powerful the communists were in that area at that time – indeed, so strong was the CPA that they won the local government elections after World War II in Tommy’s locality, polling a huge 74 per cent of the vote in his own ward.

But when Tommy broke his back at work, the communist-controlled union paid every medical bill and provided a stipend so that his family would not starve. And these communists were not feely-touchy Eurocommunists from the 1960s, in flares and winkle-pickers, they were hard-bitten Stalinists intent on world revolution. And when his own wife died (probably from overwork and undernourishment, because a big chunk of the family food went to local catholic families who were even poorer), the funeral cortege from Kurri Kurri to the cemetery in Maitland was the biggest seen in years, as reported in the local newspaper. Generosity is, indeed, its own reward.

Have you seen a brighter side to humanity during the pandemic?