‘The game plan: What steps are you taking to get the most from life after 60?’ 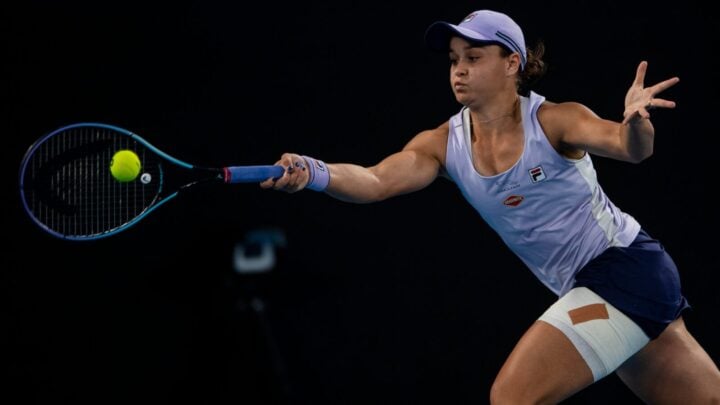 Julie likens preparing for life after 60 as starting a new season of football or tennis. Source: Getty Images

While another summer was winding down, it was quite okay to watch tennis at the Australian Open. We supported the competitive professional sport, barracking for any Australian players. One-sided patriotic fervour is acceptable in the international arena.

Never mind, our Australian number one empowered girl was defeated in a surprise upset. Yes, it is all about competition and television viewing rights, sponsorship and prestige, seedings and rankings. The lass who beat Ashleigh Barty has a tennis coach, part of the game. Her coach has spent the pandemic lockdown layoff devising a game plan. It was based on the player’s abilities, to beat the number one.

Matches won and lost, trophies gained, the tennis tour moved on. Now there is a tinge of autumn approaching, with darker mornings and a hint of a chill in the air. Football fanatics stir, awaken from their hours of summer sloth staring in boredom at summer sports. Such pastimes are only pale substitutes for football.

It does not matter if it is soccer, rugby or AFL. Who was number one team last season? Well, every football coach has spent summer sitting down with the match committee, the skills coaches (if any skills), and the team lists. The coaches hope that they too have created a game plan to make their group of hopefuls number one.
Yes, competition rears its ugly head for professional sportsmen and women. It is the traditional roar of the liniment, and the smell of the crowd.

Maybe there shall not be any crowd, depending on coronavirus restrictions. No matter, in our lucky land, football players are essential workers, as television viewers are fully engaged in participating to support their teams.

Really, no human body was or is ever designed for the high impact, body contact, of AFL or rugby football matches. There is a growing call for all footballers to wear concussion helmets, because of the aftermath for players. Team competition is the focus, I still see footballers sharing group hugs, unmasked, practically snogging. But so far, so good.

In a lateral world, everyone would win something with a good game plan, with lots of goals. The years still roll by, we grew old and grey here along the way. But we woke up, so the greys are doing okay. A good game plan for us would be to rip into each day, with smiles and good vibes, hoping for a good day. We all have a garden of happy memories somewhere along the way, which no one can take away from us, like our team victories.

What is your game plan today?