‘Hooligan sports fans are nothing new, but how did the violence get so out of hand?’ 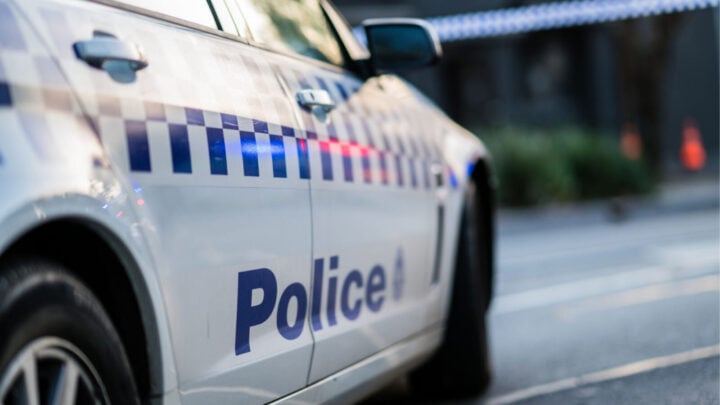 Just when you thought it was safe to emerge from your lockdown to take the grandkids to the footie, Sydney was rocked by a multiple stabbing after a rugby league game played at North Parramatta last weekend. Three young persons ended up in hospital, two in a critical condition with wounds to the neck and torso, while a 19-year-old fronted the courts on very serious charges.

By any standard, that’s a pretty fair effort for what is supposed to be a game, a mere pastime to while away a weekend afternoon in watching the athletic antics of 26 young men with an excess of testosterone to release.

Anyone who is a bit of a sports nut will not be surprised by the passions which sport can arouse, especially when there is heavy physical contact, as there is in that war of attrition called rugby league. And sometimes, those passions can spill over into taunting and then violence, on the field, or afterwards if the referee is adept at keeping a firm lid on behaviour between kick-off and final whistle.

But a knife? Has the ill-feeling that a hard-fought game of football can generate reached that degree of darkness? I hope not, but I must confess I’m not entirely surprised. Only last year, I was watching the Tour de France on television and saw a spectator take a swing at one of the cyclists. In disbelief, I wondered what kind of hatred could have impelled someone to do that to another person who had done nothing imaginable to provoke him, other than to peddle bike-wheels faster than most others?

I can’t say my sporting career reached the dizzy heights of “le Tour” but over many years I took my share of punches and kicks whereby, I assume, my opponents were trying to gain some temporary advantage in the swaying fortunes of the match. And the legacy of a couple of those injuries are still with me to this day. But, as for settling scores after the game?

In fact, the only time I can remember such an event was in 1956 when as an 11-year-old playing for Chatswood Public School against Neutral Bay Public School boys of about the same age, a wild brawl erupted in the streets after one spiteful rugby union match.

I have sometimes wondered were there any underlying causes to provoke such animosity between two teams from Sydney suburbs that are not that far apart. And the only
conclusion I can reach is that the differences prompting the “niggle” were class-based.

Because, unlike the svelte enclave of today, Neutral Bay in the 1950s, before the Warringah Freeway cut a swathe though the working-class suburbs of Sydney’s Lower North Shore, was rather raffish. With its huge tramway shed and legions of blocks of rented flats. Whereas solid, respectable, home-owning Chatswood was never uncouth, as it used to be said.

Perhaps I’m looking for shorthand journalistic explanations where none really exist, but they (the “Neudie Bay” boys, that is) must have had some valid reason to dislike us so intensely.

And that doesn’t seem much different, except in age and degree, from the self-identifying differences among the wild boys of Belfast and Glasgow that have stoked communal tensions in those cities down the years.

While the sectarian issues between Celtic and Rangers in Glasgow are the stuff of unpleasant legend, including separating the contingents of fans outside the ground under mounted police escort, those of Belfast soccer have largely been forgotten, at least on this side of the globe. I remember, as a kid, when I was introduced to British soccer in my first primary school, I was shown an interesting table in a magazine which listed all the winners of the Northern Irish Football League championship and the province’s Gold Cup.

Two teams stood out – Linfield and Belfast Celtic – which cleaned up just about everything. And then, in about 1948, Belfast Celtic simply disappeared from the records leaving protestant Linfield virtually supreme. Later, in the early ‘70s, I was working with a young chap from Northern Ireland and I asked him what had happened to Belfast Celtic.

He explained that the club, despite its extraordinary success over decades, had had to shut down because every match it played ended up in a riot, with cars being torched, etc – like it
was Bloody Sunday every Saturday afternoon of an eight-month-long season.

But it’s not just a sectarian thing and its not just a British thing, despite the tragedies of Heysel stadium and Hillsborough. You see it on the box in all sorts of out-of-the-way places where ill-feeling is allowed to bubble along before spilling over in a high-octane setting likely to intensify any sense of difference – between oneself and the proverbial Other.

For many years we had it here in Australia, especially between so-called ethnic soccer teams. And, especially, those between mutually hostile ethnic strands of the polyglot country that was called Yugoslavia. That is, between Orthodox Serbs and Catholic Croats forced into an unhappy marriage of convenience by the twin forces of Josip Broz Tito’s magnetic personality and the need to establish a buffer state between the geopolitical interests of Stalin’s Soviet Union and the West in the wake of the Greek civil war of 1946-49.

Indeed, when living in the Liverpool area of Sydney, I once attended a peaceful family barbecue at the football ground of the Hajduk Rangers (Serbs) when we were “visited” by a contingent from the King Tomislav club (Croats) and it looked pretty nasty for a while. But a knife?

Perhaps we have been so conditioned by the association of sport and violence that this latest piece of ugliness will recede before long into the vast amnesia that seems to have become our handmaiden to survival. With its passive conditioning of another step towards forgetting that the fellow shaping up to us may be The Other but he is also a person with hopes, dreams, families and responsibilities. Just like ourselves.

I have lost count of the number of American period movies I have seen, set in the Depression-era Thirties in particular, in which savage boxing bouts are watched by baying ringside crowds of jowly hoods and brassy blondes. “Hit ‘im, yer bum”, could have come from any pair of screaming lips in that hyper-florid atmosphere.

But was it that bad at the time, with celebrity gangsters and their molls happy to be sprayed with gladiatorial blood? Or is it that we are so conditioned ourselves that we almost expect
to see it? Or, worse, that our viewing experience will be somehow diminished unless we see plenty gore and pain? But a knife? And in Australia? At the local park?