‘Senior, wild and free: I’m too old to care what people think of me anymore’ 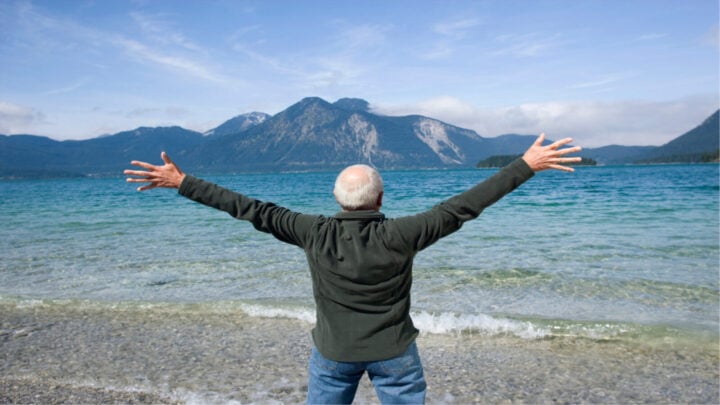 With age comes wisdom and plenty of fun too. Source: Getty

When I was a young person, (just a few years ago!), I used to worry a lot and it often made me feel very miserable. Nothing suicidal you understand – I don’t see myself ever sinking that low, but certainly unhappy on the odd occasion that it occurred. And the irony of it is, looking back 60-odd years to the times these feelings happened, I now see just how unimportant were the things that I was worrying about! I guess one of the main reasons for this, (and I bet this applies to most young people in their teens or early twenties), was that we were quite convinced at the time that we were at the very centre of the universe, being looked at and watched most of the time. I bet today’s kids feel exactly the same, as did all youngsters, throughout the whole history of the human race.

Everyone is watching your every move, or so you think, assessing you and judging you, making sure you don’t break any of the principles that are present in fashion, or the kind of person you are, even though none of them have ever seen you before, and are very unlikely to see you ever again! It’s the same response that young men in cars suffer from – someone goes past them, travelling somewhat more speedily than them, and some of them just have to put their foot down to impress him with the fact that their motor goes at least as fast as his. Stupid isn’t it, when you stop to think about it? You’re never likely to see the bloke again, you have no idea who he is, nor he you, so why bother – the only person you’re actually impressing is yourself, and you already know what a perfect example of the human form you are, (Ha! Ha!). So let him go, and be impressed, five years later, that you’re still alive because you didn’t charge into any blind bends, going much too fast, trying to impress a total stranger.

Gradually of course, time catches up with you; you gain in experience and you move without any effort on your part, further and further away from the centre of that universe. The catch phrase is ‘you get the corners knocked off’, and that’s really not so far from the truth. The totally important things that filled your teenage years gradually recede into oblivion, as you come to realise that no-one notices what colour shoes you’re wearing, what model car you own or how successful you are in your chosen method of employment. They’re all much too concerned with their shoes, cars and jobs to give a damn for what you’re up to. In fact, in most cases they’d be a lot happier if you weren’t there at all!

And that, dear reader, is the moment you can really start to genuinely enjoy life! You’ve most likely been aching for years to do this, or to do that, but that old feeling of “what would the neighbours think” instilled in you by your mum, has held you back, or you never considered yourself to be able to afford it, or even thought, “I’d feel silly if I tried that”. The fact is I, and I’m sure many other old-timers suddenly realised at about seventy years old, that you can do more or less what you like and there’s not a lot anyone can do about it. Oh, they might say you’re getting a bit eccentric, they might even say you’ve gone completely mad, but isn’t it worth it, to spend your later years enjoying yourself? Another thing I learned at about the same time was that worrying doesn’t make anything better, so what’s the point of worrying? If you worry, you usually get miserable, and if you get miserable you find no one wants anything to do with you. You know the old saying, “Laugh and the whole world laughs with you, weep and you weep alone”. A very wise and very true statement, attributed to Ella Wheeler Wilcox in 1883. I’ve been following her concept for many years now, and I can say, quite honestly that I have never found problems to get any easier if I let them get me down, so I don’t let them get me down and things always seem to work out in the end. I’m still smiling!

Do you care less about what others think of you these days?