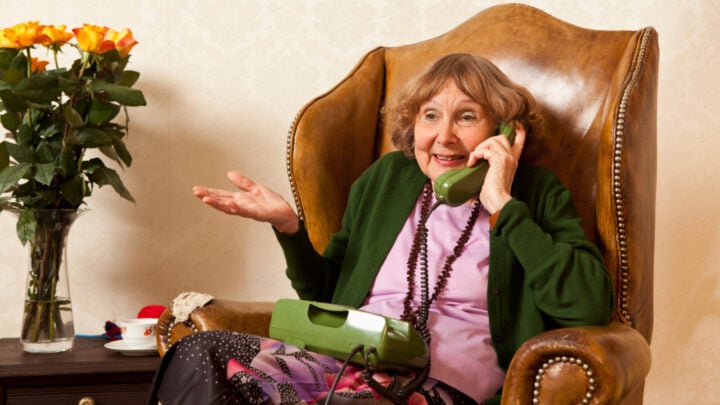 This cheeky blogger has fun with phone scammers. Source: Getty

For years I had to talk on the phone because I was in sales. The phone was imperative if I wanted to make my quota.

Being in sales was like trying to pull a rhino out of a hat, or create a chair out of clouds. It was next to impossible. When I got home at night, I rarely spoke on the phone.

After I retired, I completely avoided the phone. Gradually I got back into using it again, and occasionally I even enjoy it.

That’s when I turn on my phone and answer those unwanted calls. Usually, they’re from some strange place like Mystery Valley, Idaho, or Nowheresville, Vermont. Sometimes they’re quite amusing.

One of my favourite calls is when they tell me I have a computer problem. They must be psychic if they know what type of computer I have simply by making a phone call. Because my computer is infected, they say they need to run a test to see if they can fix it. To proceed, I’m told they need my credit card number, my Social Security number, and the name of my first pet.

And then there are those calls from the police department. The fellow always has a deep authoritative voice. It’s kind of scary, like Rod Serling‘s voice at the beginning of the Twilight Zone. I always cringe when I get those calls. The man asks for money in such a way that if I don’t comply, an officer might arrive on my doorstep and haul me off to prison. I’m too old for prison. I need a good mattress that isn’t hard on my back.

Last week, I got another one of those calls asking me about extending my car warranty. I have a Honda from 2008. I rarely drive it, and the fact that it still runs is a blessing. Sometimes I string them along, giving them some hope until I ask them how they know what kind of car I have. After that, they quickly hang up.

I once got a call from someone claiming to be my grandchild. He was stuck in Canada and needed some money. That was a good one since I’ve never been married nor do I have any children. Still, I felt sorry for the young man as he continued yammering on, calling me grandma and all sorts of other endearing terms. I thought about sending him some money simply because of his ability to do that Improv on the phone.

Upon occasion, the call is in a foreign language. It’s fun to listen and pretend I know what they’re saying. Could it be a recipe? Maybe it’s a poem? If I’m lucky, perhaps they’ll break into song. But, if the message is longer than 15 seconds I usually hang up.

Occasionally, I do socialize on the phone. I have a friend who calls me from Los Angeles and talks on and on about herself without asking me any questions. When I try to get a word in edgewise, she interrupts me and just continues blabbering on about her life. She’s already told me several times how much weight she’s lost, and the fiasco she had with Botox.

But, I feel sorry for her and I continue to listen. I’m sure she’s lonely. Now and then I’ll put the phone on speaker and go into the kitchen and get myself a glass of water. She’s not aware that I have disappeared for a few minutes because her soliloquy hasn’t stopped. It doesn’t matter who she’s talking to. I just happened to be the chosen victim that day.

Such is my life now that I’m retired. How about you?