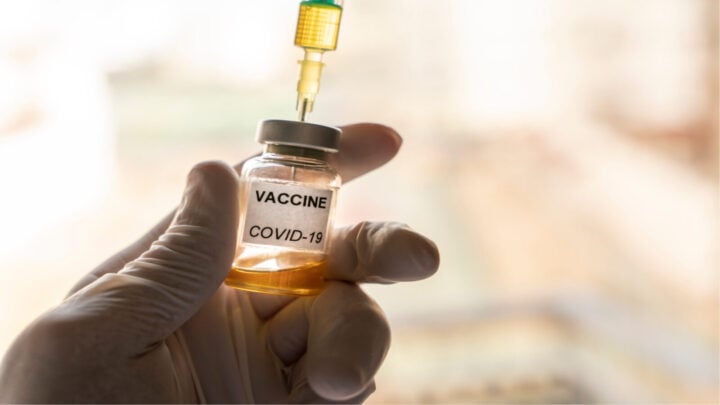 The race is on to find a vaccine to protect against Covid-19. Source: Getty

My views on vaccines have wavered over the years and with the global race to find a vaccination to defend against Covid-19, I’ve had pause to consider their effectiveness once more. I am very dubious that Russia really has produced a vaccine for Covid-19 that could be distributed worldwide; to me it sounds like a good way to inject the population outside Russia with something nasty.

Having said that, would I willingly be vaccinated with a Covid-19 vaccine that passed vigorous testing and was regarded as safe? I live in France and being in the age category I am, I am sent a prescription for a free flu vaccine every autumn. I take this prescription to the pharmacy every year where my Vitale health card is registered so the vaccine can be given to me, but I tell them to put it in the fridge for the doctor to give to someone who needs it. I then buy the homeopathic capsules containing little granules that I shake out under my tongue once a week for four weeks and then once a month throughout winter. Not only do I not get flu but I rarely have a cold. By contrast, my sister who the flu vaccination every winter seems often to be under par health-wise but perhaps that’s because she lives in a city.

I asked my daughter for her opinion and she replied, “I would have a vaccination but there is a whole anti-vaccine movement brewing, the same sort of people that think Covid 19 is fake and that wearing a mask is an infringement of their civil liberties, who think the vaccine will contain a tracking device! They are delusional but they are out there.”

I also asked Sue Leighton, who lives in Australia, what she thought about vaccines and she offered an answer that many of us growing up in an era before mass vaccinations can relate to.

“When I was a child growing up in the north of England, there wasn’t vaccines for measles, chickenpox, mumps and even polio. I was around five years old when I caught the measles, after which I developed pneumonia. I was very sick. A year later, I caught the chickenpox, a very uncomfortable illness. I escaped the mumps and polio but, needless to say, my parents were very worried during my experience with measles and pneumonia.

“By the time I became a mum, vaccines were available for us to protect our children from these illnesses. I didn’t think twice about it. My boys were vaccinated. No vaccine is 100 per cent fool-proof, but any vaccine relies on everyone using them to protect the majority.

“Choosing not to vaccinate your child is a parent’s prerogative, but at what risk to others, as well as to your children? The positives far outweigh the negatives when you choose to have your child to be vaccinated.”

There’s been much talk about people’s rights to protect themselves, or not protect themselves, against the virus. While many governments around the world have mandated their citizens must wear masks, debate has flared over whether this is infringement on civil liberties.

“If a vaccine were made compulsory, in any democratic country, that would be tantamount to circumventing an individual’s right to choose. I will not put anything into my body that I don’t believe is safe or beneficial for me, and that is my right,” Sue said.

“So much of the information we are being fed is speculative, contradictory, misleading and to some extent fear-mongering. Closing borders, wearing masks when in public, attention to personal hygiene and testing are wise, preventative measures. They are measures that will limit the spread of the virus. But, coronavirus, just like influenza, has been around for a long time and the strains change (almost from year to year). Covid-19 has been particularly virulent because it’s a strain that has never been encountered before and was much more widely spread due to international travel.”

Hesitation about the vaccine and how it’s distributed seems to be common across generations, with both young and old wanting as much information as possible before deciding whether to take it.

I asked a young Australian, Billie Maher, a Brisbane resident, for her views on a Covid-19 vaccination.

“I guess the biggest concern would be around a lack of knowledge in what actually goes in these vaccines,” she said. “Especially in the light of an infection that can reoccur after the initial case and no seeming development of immunity.”

In regards to anti-vaxxers, as far as I know it is not the basic theory of vaccination they have issue with, but the method of using what they consider to be harmful chemicals in some vaccines.

As Sue Leighton says: “Most people think of those who refuse to have their children vaccinated against the likes of rubella, chickenpox and mumps as anti-vaxxers. A vaccine to protect against Covid-19 is a different type of vaccine altogether. Only in the last two years have I had a flu injection, mainly because of my lung condition and the strong recommendation of my GP.”

Finally I asked a close family friend who is a French social worker for her opinion on vaccines.

“For a start they’ll have to find a good, real vaccine and in my opinion that’s not a battle that’s been won yet.”

She said they’re not fans of vaccines in her household and prefer to take natural preventative treatments that help a person’s body defend itself on its own.

“If a good and effective vaccine is created then we’ll see, but I don’t think they’ll ever find one.”