‘A tribute to little women: My memories of a generation of mothers’ 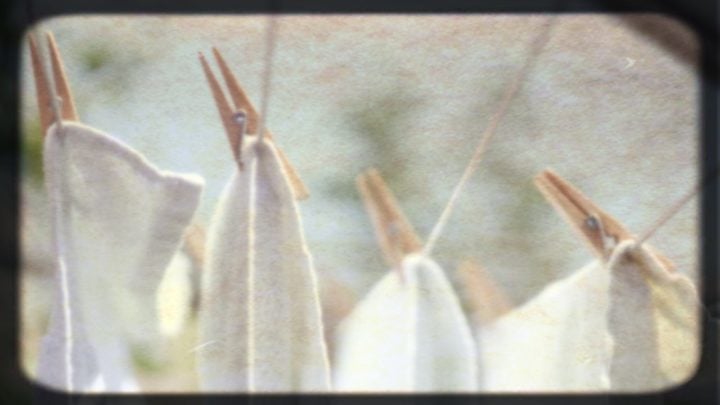 Many mothers spent their days hanging washing and cooking for the family. Source: Getty Images

Today, I am writing a tribute to little women — the mothers of the Baby Boomers. We were all born in ancient times, before women had access to adequate, reliable contraception. As girls growing up, our mothers were anticipating the white wedding. Most prepared for years with a glory box, full of household lines, ready for domestic bliss.

When women were married, way back when, there were different social norms. Most women, if they were employed, had to leave their jobs once they were hitched. Some had their hair trimmed really short, ready to wear steel rollers. Some even had all their teeth removed, and dentures fitted, so their husbands did not have to spend money on dentists for their brides. This was an old wives’ tale, that every future pregnancy would cause teeth problems. That was one theory.

After the honeymoon, the new little wife, pregnant or not yet, had to do laundry. Our mothers had a mangle, and a copper, to wash heavy linen sheets and endless white shirts and undies. They had no dryers, and only rope or cord lines strung across the back yard for stringing for hanging washing. In rainy weather, little women spent hours trying to get washing dry. Hard yakka. My distant memories are of rain pounding on the weatherboard house, with racks of washing everywhere, and only a briquette heater in the lounge room.

Then there was the sensitive matter of intercourse. The little women were mainly dependent on the breadwinner, the man of the house. If he was after ‘one thing’, the little woman abstained or got pregnant. The ‘little woman’ next door to us, so long ago, had nine sons, and rising. Over half a football team, by the time their family was complete.

My mum could see this lady next door through our kitchen window. Every time our neighbour, Mrs X, learned she was expecting, she smashed the votive statues of the Virgin Mary, and threw their crockery at her husband. Congratulations were not in order, another little Baby Boomer was being delivered by the very busy stork.

These were our mothers, little women. Some of them did get ‘over it’, and learned to avoid intercourse with their husbands, who either strayed, or were abstinent. These were tough women, in my family, very snippy who little women never believed in ‘father knows best’. They did it all on barely two quid, ($4) per week.

A lot of our mothers spent their lives doing housework, laundry and cooking meals, a simple life, while encouraging their kids in their dreams. That was their world, doing it tough in the ‘good old days’. Little women, a tribute.

What do you remember about your mother?