‘No choice but to turn to crime’: JobSeekers worried about payment reduction 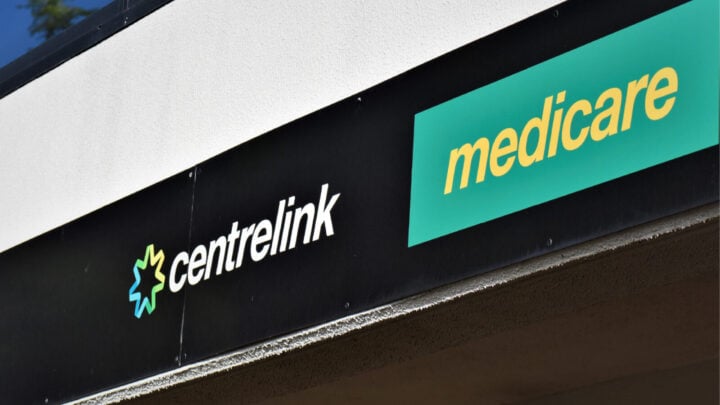 JobSeeker payments will be reduced from Friday, September 25. Source: Getty

For hundreds of thousands of Aussies, people rather like our own grandchildren, September 25 is a red-letter day. Because it is also a day of dread when the Covid-19 supplement to the JobSeeker payment begins to taper, falling by $300 a fortnight to just over $800 a fortnight, until 31 December, when its future becomes more desperately uncertain.

Right across Australia, there is a growing wave of anxiety about the possibility of the payment then being cut back to the level that was current in March. That is, before Covid-19 forced the hand of an uncaring government into priming the pump of a sick economy, by giving public money to a group of citizens who, only six years before, were being derided as ‘leaners’.

Necessity is the mother of invention, as they say … Okay, what did the Covid-19 supplement mean for those on unemployment payments? What was it like before the rate was virtually doubled, temporarily, in March? And what are the likely consequences should the Federal Government snap-back the payment to its pre-Covid level, or something not much higher than that?

Jayleen, who is a very presentable twenty-something, pulled no punches.

“The Covid-19 lockdowns were a lifeline for the jobless, short of actually getting a job. While we were among the most vulnerable, at-risk groups in the community, they doubled our incomes, which was a great relief, but most importantly, they suspended all that horrible ‘mutual obligation’ stuff.”

Instead of chasing non-existent jobs and facing the fear of being bumped off her JobSeeker benefit, she could finally afford some new clothes, thus smartening herself up and restoring a little self-respect so that she has now begun a tertiary study course (thanks in part to the support of a good Samaritan) and is in a stable home environment for the first time in her life.

That’s what the extra cash meant for Jayleen. And hers is not an atypical story among the younger jobless. She came from a dysfunctional family where mental health issues and substance abuse were rife.

“I got no schooling in my teenage years, because the responsibility for holding the family together fell on my shoulders although I was only 14. But when I finally got away and tried to get on my own two feet, Centrelink made no allowances for my particular problems. I had no skills and no experience, so I had no real chance of getting a job. But they didn’t care.”

Paulie is thirty-something and comes from an abusive family dominated by a violent, alcoholic father. He also has his own mental health demons to manage – he has been institutionalised several times – while trying to live on the crumbs from society’s table. After paying his share of his rent, for the horror always staring him in the face is homelessness, he usually has about $50 left over with which to feed himself for a fortnight. And that can only mean unhealthy food.

Asked whether he had ever run out of money before receiving his next Centrelink payment, he replied: “Mostly.” Before adding that that point is when the trouble always starts. Because the options are very limited for people without any resources or support to fall back on.

“You can try to bring in another share person, but that means adding to the risk to your health with Covid-19 and your safety,” he said.

“You can borrow, although you’ll never be able to pay it back, which leaves you open to criminal pressure; similarly, if you think you can escape the trap by selling drugs. And lastly, you have no other option than to steal. You steal food from supermarkets to feed yourself, or to trade for money. Or if you need to buy something expensive, like a washing machine so you don’t look like a dero or to renew your car rego so you can attend a training course, you steal something valuable to trade.

“Stealing’s easy; and you get quite skilled at knowing how to dodge the store detectives and checkout sensors. But it’s a rotten way to live.”

Paulie is in a more stable situation now, thanks to the Covid-19 supplement. His car is on the road, he doesn’t do drugs and he does’t steal. But he does do a little cash-in-hand kitchen- hand work because, like so many jobless, the shadow of Robodebt hangs over them so heavily that it is preferable to be exploited by an unscrupulous employer than to feel the hot breath of a heartless algorithm on their necks.

While Muriel is sixty-something, there are some stark echoes from the younger jobless in her experience. She is a proud woman who always paid her own way. But to give her children a chance in life, she sent them to Sydney to work and study, but the cost of living in a metro area is so horrific, that her small pool of savings was soon exhausted. Added to this was the sad fact that her husband of 30-plus years has chronic health problems which, in the Covid- 19 environment especially, means she cannot risk leaving him for any length of time.

Muriel had always thought that as a conscientious taxpayer all her working life, access to the Age Pension would have provided her with the necessary safety net to allow her to live modestly while retaining some self-respect.

Unfortunately, she found that successive Federal Governments were more interested in balancing their books than helping her and her husband to hold on to the family home and survive. Because she found that the threshold for the Age Pension has been moved beyond her reach, so it will be another five years before she will be entitled to receive it. In the meantime, she must endure the living hell of the Centrelink system where she must pursue jobs that don’t exist, maintain a car she cannot afford, and own a costly smartphone to meet her ‘mutual obligations’ because there are no longer any Centrelink staff to talk to.

But what really haunts her is a Centrelink requirement that continued payment depends on her attending a week-long training course in another town (in northern New South Wales many major towns are about 120 kilometres apart), leaving her husband unattended and being unable to afford safe accommodation.

Like Paulie, she is terrified of sleeping rough in her car. So what will happen on December 31 when the tapered supplement cuts out entirely? No-one knows, but Muriel fears the worst: “They’re starting to call it the ‘Jobtrainer’ payment, so that means only one thing to me. More punishment, not help!”

As Jayleen, who has finally found a regular income stream in study allowance, sees it, the only real way to escape the jobless trap is by a lucky break. But what if you never get that break? I asked.

“The jobless are going to find it hard to return to a life whose opportunities and options are so limited, that drugs and crime become practical means of survival,” she said. “I can see a big rise in suicides coming, especially among older people who have lost all hope and are absolutely burnt out.”

Do you think JobSeeker payments should remain at a higher rate?