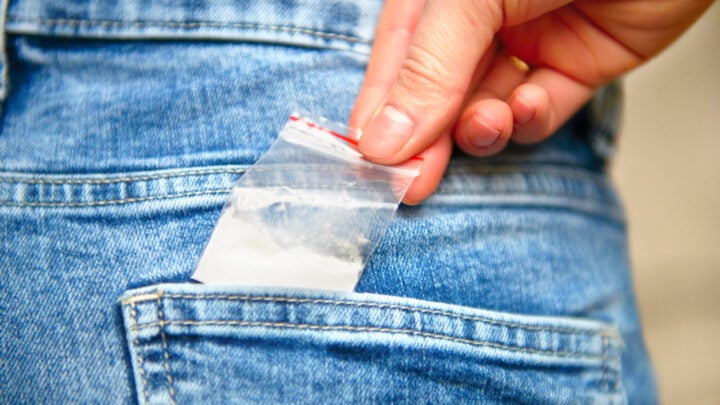 Brain wonders when young people will wise up to the truth about drugs. Source: Getty

I’ve never used illicit drugs, even when I was young and daring. I’ve never smoked a cone, taken an upper or a downer, never sniffed coke, never injected myself with anything and never rubbed things into my skin!

The only social drugs I ever used were tobacco, which I stopped using in 1979 and alcohol, which I still enjoy, although about three glasses of wine a week is about all I ever desire these days, and of course there are the prescription drugs which I don’t take for excitement, but to keep me alive! And even their use is controlled by my general practitioner.

Please understand I’m not trying to be pompous about this, if people wish to indulge in the habit, for a short gain in pleasure, followed by a whole world of suffering, that’s up to them.

It just amazes me that so many young people still believe, after all the masses of publicity, and even through their own experiences with their peers, that they feel they are somehow going to escape the later ravages awaiting literally every one of them.

They just don’t seem to realise one valuable, but dreadful, point – that exciting feeling they get, the first few times of trying some pill or powder or fluid – it soon goes away and they start to feel an increasing need to have more of the stuff (because of a growing addiction) and, from now on they are going to be taking it just to feel the same way that the rest of us do, drug free, all the time – alert, quick-thinking and happy! Then, as their need grows, the effects are less, so that it becomes harder and harder to capture those wonderful few moments of glorious lucidity, that we enjoy all the time!

That’s when the real downhill path begins, with the addict feeling physically ill most of the time, their various bodily functions starting to break down as the drugs damage and even destroy various parts of the human mechanism.

The liver especially, can no longer handle or dispose of all the various poisons that are being pumped through it, so the addict starts to develop the tell-tale yellowish skin of jaundice and their hearts make heavy work of pumping vital, oxygen-filled blood around the body.

The drugs now have a firm hold on the subject and demand more of the stuff to be sent to the host, just in order to stay alive. And this is the time, of course, when those evil monsters who until now had been practically giving the drug to the subject, start to demand larger sums of money to pay for the habit. So what does our once decent young person, but now hopeless junky do? Well, of course he/or she goes out, stealing and robbing for items he can sell, or even worse, he’ll break into the home of some elderly lady, bash her into insensibility and take whatever he can find, without even checking to see whether his victim is alive or dead!

Then comes the final stage, when the poor fool is too ill to go robbing any more, too broke to be able to buy new supplies of stuff and he finishes up in a gutter somewhere, either to die there or, if he’s very lucky, to be found by some good samaritan who will call for an ambulance to whisk him off to rehabilitation, a ploy which sometimes succeeds, but more often doesn’t, so that within weeks he’ll be found there again, but perhaps not so lucky this time!

I have never been able to understand why so many young people turn to drugs at all. Surely they must know, through contacts with their own young friends, that the rake’s progress I have drawn above is the most common, or perhaps the only route you get taken on if you imbibe any illicit drugs at all. Pretty well no-one avoids this tale of woe, it’s as inevitable as tomorrow. But still they go on doing it, and without even knowing what it is they’re shoving into themselves.

Would you, if a stranger came up to you and offered you a pill, even think of accepting one? I’m damned certain I wouldn’t. Yet these kids are even quite happy to pay for it, and quite large sums too, without a clue as to what they might contain.

The worst thing of all, no one yet seems to have found an answer to the problem, (least of all me) – but surely there must be one, somewhere!

How do you think we should deal with Australia's drug problem?