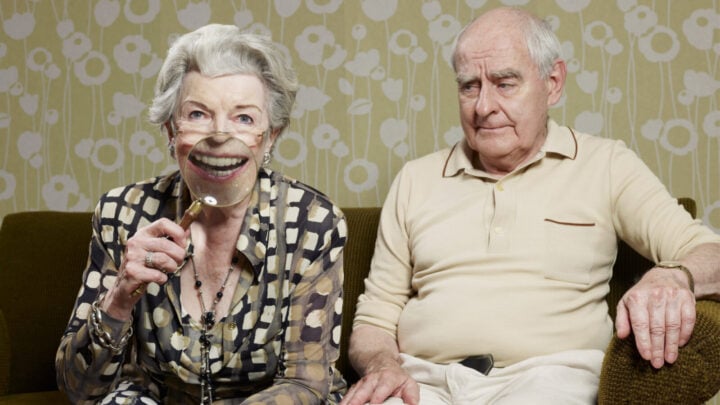 This blogger discusses her teething issues with ageing. Source: Getty

What’s happening with my teeth?

I’ve had good teeth most of my life. Thankfully, I was born with relatively straight teeth, so didn’t have to wear a retainer or braces. I’ve had a few fillings along the way, but who doesn’t when you are a slave to candy?

I still have all my teeth, except for those wisdom teeth which I lost when I was 16.

The best part was getting that laughing gas and telling everybody in the waiting room how much fun I had.

My teeth rarely posed a problem until I was in my mid-50s. The dentist told me I had to have a crown. I don’t wish that upon anyone.

The first thing the adolescent dentist said was that she couldn’t decide whether or not to give me a crown.

“Well, we could just give you a filling, and see how that goes…Or maybe we should just put on a crown and get it over with?”

Why was she deliberating with my mouth at three in the afternoon? Aren’t doctors supposed to be decisive? She decided that doing a crown was the best thing to do and we began the excavation.

My mouth is very sensitive and I am prone to canker sores. When they give you a crown, they use a very strong suction device to get all the debris out of your mouth.

I could feel that instrument sucking on the insides of my mouth like a wild octopus. I knew I was a goner because this instrument was larger than the other ones that they’d used before. I knew that my mouth was going to be a war zone afterwards.

For three weeks I had canker sores. Not one, not two, but about 15. I was relegated to baby food, Ensure and Jell-O for most of that time. I should have just hooked up an IV and sat in the living room for three weeks. It would’ve been easier than trying to eat with an inflamed mouth.

Thankfully I’ve only had one crown. My partner has had an implant, and I don’t wish that upon anyone either.

Not only do you have to take out a second mortgage to pay for it, but the entire process takes up to a year. Now that’s delayed mastication.

After she came out of the dentist’s office, her dilated pupils looked like she was starring in a horror film. I’m not sure what they gave her, but I should’ve had a walker for her because she was very unstable on her feet.

As I was driving home, I knew things weren’t looking good. She asked me to pull over, and she decorated the gutter with her insides. Whatever type of pain medication they gave her did not agree. Thankfully we weren’t driving on the freeway because it wouldn’t have been pretty.

So far, I’ve avoided needing an implant, but I’ve noticed that my teeth have started to move. They said this is just part of the aging process because the jaw begins to shift, and the teeth don’t seem to remember where to go anymore. My teeth are crowded like a packed crowd on the subway.

I guess I could get some sort of an appliance to straighten them out, but I know everybody’s bottom teeth are crooked. Why bother with that expense?

I’ve also noticed that my gum line is receding, and food is starting to get caught in between my teeth. My teeth have become a bit of a strainer, so I make sure I go into the bathroom after I eat and rinse out my mouth so I don’t look like I have a garden growing among my incisors.

But other than that, I think my teeth are relatively healthy. I go to the dentist four times a year because I am prone to plaque. I do what they tell me to do.

I use baking soda to try and keep my teeth white because that bleaching stuff makes them ache and so does that whitening toothpaste. One of my friends is a dentist and told me that baking soda is a secret tool against plaque. But, dentists aren’t gonna tell you about that. They’d rather charge you $10,000 to clean and whiten your teeth.

So, my advice to you? Brush a few times a day, floss daily, and see your dentist.

You always want to be able to bite off more than you can chew.