‘Let’s get real: The world has gone mad and it’s time we fixed it’ 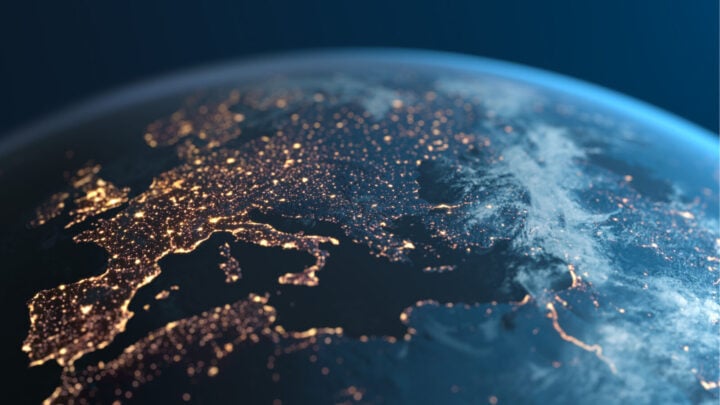 Rod has a few ideas on how to repair the state of the world. Source: Getty

Reason – the power to make intelligent choices, that is – periodically gets a very bad rap. I remember vividly the dying days of the Vietnam War, the first war to be fought using computer programs that had “proved” that victory was both logical and inevitable, when the brutal reality of a bloody quagmire shook the rational, post-World War II consensus to its foundations.

Fleeting fads, which have always been with us, suddenly became serious social phenomena in this new world of doubt, eventually receiving its “bible” in the 1970 book The Greening of America by Yale Law School professor Charles A. Reich, with its glorification of the youth counter-culture of the 1960s. To indicate its loss of confidence in the power of reason, Reich claimed that rock music, psychedelic dope and blue jeans were then heralding a tidal shift in human social relations. (Don’t hold your breath.)

For a while, The Greening of America exerted a powerful influence over wide sectors of American culture, arguably encouraging new forms of anti-utilitarian thought, in environmental fundamentalism and particularly in some of the more anti-rational elements of the emerging self-help forums. I suppose the quintessential anti-rational strand was the appearance of primal scream therapy as practical self-help. Enough said.

I did read excerpts of The Greening of America when published in The New Yorker magazine at the time and I have to confess that to an impressionable youth who thought that any good things had to exude the mystique of Fifth Avenue and Greenwich Village, it was quite seductive. But that was a long time and many more experiences ago, and so the copy of the same book, which I picked up on a second-hand throwaway table at some school fete, remains on my bookshelves. Still unread.

We have had a bad autumn and winter this year with Covid-19, and our inability to deal adequately with the pandemic seems only to have exacerbated the public rancour among our ‘trusted’ leaders, making rational society appear even more irrational. Were another Charles A. Reich to appear offering a plausible, but essentially insane way out of our dilemma, I’m sure he’d gather many over-enthusiastic disciples.

But, standing back from Reich, counter-culture, extreme environmentalism and self-help, I think it’s possible to detect in all of them hints which suggest that instinct, rather than reason, might offer a more viable way out of the technological mess we have brought on ourselves and our planet. That perhaps, they say, the natural world offers more intelligent habits, practices and solutions than we, despite our thousands of years of sentient living, have been able to manage. Yet, is this so?

No-one enjoys a good nature doco more than I do. Recently, I watched an enthralling study of bears in the wildernesses of Siberia, of how they adapt brilliantly to the changing seasons, from the near-starvation of winter to the flood tide of the annual salmon migration. And the species keeps going on, with the only threat to its existence being the possible intrusion of predators that might disturb a long-settled balance in their way of life. With the worst such predators being, of course, humans.

It was certainly fascinating and, more importantly for what I write, an endorsement of the power and (durability) of instinct, unfettered by the chaos that disturbs human lives. But was it instinct, I wondered, that drove these animals to survive and prosper on the margins of the civilised world?

I thought about it long after the credits faded from view, and I thought particularly of spring, the season of rebirth and hope. It seemed to me that among the bears, I had been watching a careful, logical pattern of behaviour – finding a dry, warm haven for a den, preparing it, protecting it, building up stores for a rainy day, all imbued with a hope that offspring will be born shortly. And safely. And, given luck and good parenting, will survive. To begin the ancient process again. And then again. It all appeared perfectly rational to me.

The nearest analogy I can find in the human world is the preparation for the arrival of a family baby. A nursery, the best you can manage, is selected. A stable crib is acquired. Warm bedding is obtained. Along with baby clothes and Bunnykins ware. Food to sustain mother and child is bought. Father, if he is lucky, takes time off work to help out, because both parents believe, instinctively, that the preservation of the young, and the setting of a firm foundation for the next generation, is the fountainhead of life.

While I don’t claim to be a zoologist, from what I observe as the real skill that distinguishes us from the animal kingdom, is that we have worked out that the spring of rebirth can happen at any time of the year. But, essentially, the spirit that embodies spring in the natural world, applies to us as well. We wouldn’t go to the trouble we do to ensure that the rebirth of our own species is happy and important if it didn’t matter.

What was it that the French philosopher Jean-Jacques Rousseau wrote in the 18th century? “Man is born free and everywhere he is in chains.” It’s in our DNA.

That doesn’t mean that we turn our backs on the power of reason and return to the wild, the cave-man diet notwithstanding. That’s the wonderful thing about the power of reason: it gives us the capacity to differentiate between ephemeral fads and matters of substance which might lead to better lives all round.

As I see it, we can nevertheless learn from the so-called instinct of the natural world. By and large, it doesn’t cause rapine and plunder just because it has the power to do so. Animals don’t slaughter other animals needlessly; and, to the best of my knowledge, there are no thrill kills in the natural world. Nor are rivals liquidated unless the beast’s direct, basic needs require it to do so.

But, by the same token, I’m sure the bears of the Siberian wilderness would be very happy if they could provide their young with a temperature-controlled sleeping bag. The sort of $1,000 sleeping gear that some executives were seen slipping into on television a couple of years back during one of those celebrity sleep-outs to support the homeless. That’s an insult to both reason and instinct. And also to humans and bears.

Therefore, what’s the solution? Actually, there isn’t one. But it is now spring, the time of rebirth and hope. So, why don’t we step back, take a deep breath, and weigh up the options, using our noggins for a change? What an act of rational instinct that would be.

Do you think it's time we embraced a simpler way of life?