‘It’s time Boomers stepped up to help the next generation’ 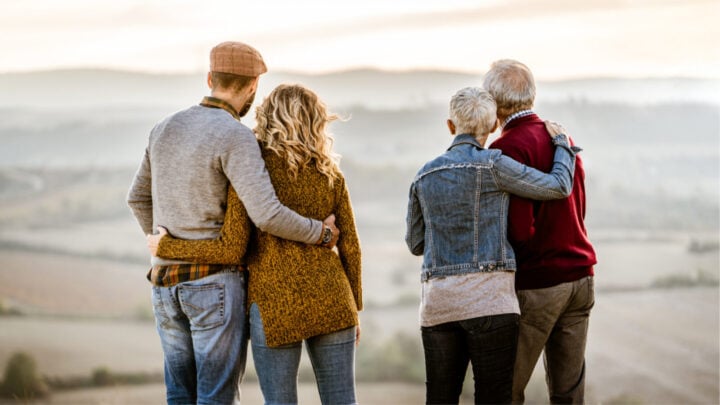 Rod takes a look at the challenges many young people face these days. Source: Getty

When my daughter asked me what it was like to live in regional Australia, I thought I had a pretty good handle on the answer. After all, I had lived in Sydney and Wollongong for most of my life and had travelled throughout the regions on many occasions, so I reckoned I had a good eye for the contrasts between town and country. Good enough to explain to my daughter, the international corporate jet-setter.

“It’s no different from living in any Sydney suburb . . . (pause for affect) . . . “except that there’s no other suburb to the north, south, east or west of you,” I replied, pretty confidently, and also pretty chuffed by the nice turn of phrase which I thought summed up regional Australia perfectly.

That was nearly eight years ago, and much has changed in the nation since then, and in the regions as well. And much has changed in me, so that I smile benignly when I cast my mind back to that exchange of January 2013. Because it’s absurd to say that living in a country town is like living in a suburb of a major metropolitan area: how many such suburbs have an ocean beach, an airport, a university, a TAFE college, a fire station, or a major railway terminus within their boundaries?

And how many suburbs can boast the full panoply of life in the way that a regional town of any size can. Admittedly, we have no ocean beach, nor a steelworks, but I don’t remember either Sydney’s Lane Cove or Wollongong’s Mount Kembla having them either. But what we do have, which few individual places in a metro area have, is the whole breadth of human experience, there to see for any eyes that dare risk opening wide.

As I stand on my front verandah I can see a rooftop in the street below and beneath that rooftop I know is comfortably ensconced, serious, very serious wealth. And if I go for a stroll along the street behind me, I can find equally serious poverty. While, if I keep going down to the end of my street, I will come to a large area that is heavily settled with indigenous Australians, by and large living lives quite parallel to those of us Anglos.

I can appreciate all this because over the past years, our family has come to know more people and has learned to observe the world around us as it flows and changes, rather than to be persuaded by a snapshot in time.

For example, within a month of our arrival there was a huge closure of shops and businesses in this town which, I interpreted, as evidence of a local recession. When I see those same premises, nearly eight years later, still empty, I might scratch my head in bemusement at such willingness on the part of the owners to sit on huge loss-making enterprises.

But when I throw into the mix scores of ‘suits’ buzzing around from thriving law and finance and accounting practices in a town which, on the surface, looks to be in the depths of slumberous inactivity, then I perceive that in regional Australia there is much more going on than meets the eye.

And so it is with those who are not voracious ‘suits’. When we first arrived, we were bowled over by the eloquence and social confidence of the supermarket checkout staff, projecting a presence quite different from what we were used to in both Sydney and Wollongong. Very nice, very nice, you might say.

It took time to learn that many of them were graduates of the local university but unable to find employment in their fields of expertise unless they were willing (and able) to leave town and seek work elsewhere. While the empty floors of large office blocks, such as those that once housed state government departments, proved that this unhappy state of affairs was not always the case.

Yet, I guess the most troubling aspect is not that well-qualified youngsters are forced to become checkout chicks to make a living, because that is, ultimately, their choice. But what about those other youngsters, the ones who in Wollongong and Sydney, as at the Leichhardt Marketplace and Figtree complexes where we always shopped, would have expected to have stable, respectable jobs themselves, with some kind of future – like on a checkout? Where are they now? I hesitate to guess, troubled as I am by the endless front-page stories in our local paper of young people getting into strife with the cops and ending up in court.

When I think about young people and their futures, I have to admit that the only memories I have of Canberra making reference to them in the past half-dozen years, was the endless doom-saying about “the debt and deficit emergency”, so that any suggestion of economic stimulus becomes a reprehensible thing as it will impose a back-breaking burden on “our children and our children’s children”.

Meanwhile, the elderly, like myself, keep working to the point of exhaustion, because neither the pension not superannuation is sufficient to live on. But no-one admits that this is so although, surprise, surprise, the age at which the age pension can be accessed seems to be going in only one direction. Up!

Over time, I have come to know a few youngsters in my particular regional town. Overwhelmingly, circumstances – mostly because the few good jobs are snapped up through the word-of-mouth contacts of their parents – impel them into the hospitality sector, serving coffee, waiting on tables, moving from one three-hour gig to another, as new shops open and then close.

Through the eyes of one pair, a boy and a girl in their 20s, I can see the ravages that fear and uncertainty, not knowing if you can meet the next rent instalment or put the next filling meal on your table, can have on people who are not parasites and who want only to have a similar chance in life to what we had.

Frankly, I cannot see how anyone can cobble together a living from chasing gig-work, seven days a week, 52 weeks a year, indefinitely, without having a crack-up. Yet that is the destiny our generation has dealt the next. No wonder the drug trade is going gang-busters!

It is now September. The beginning of spring, the season of re-birth, when blossoms herald the new life that indicates the great journey will continue on, down the ages, from one generation to the next. Isn’t it about time, then, that we did the right thing by our children and our children’s children?

Do you think Boomers need to do more to help the next generation?