‘How my days in the Argonauts shaped my life’ 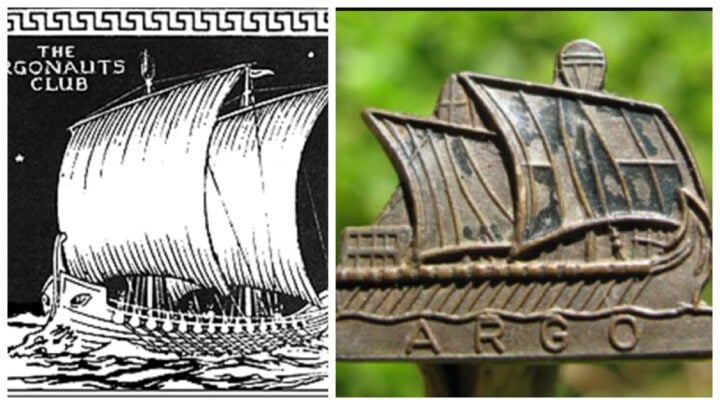 Rod reflects on his time in the beloved ABC club, the Argonauts Club. Source: Wikipedia Commons

One of the regrettable by-products of the Covid-19 shutdowns has been the cancellation of all those small events that add the spice of variety to otherwise predictable, maybe humdrum, lives many of us have to lead.

In my case, it was the annual three-day pilgrimage to Sydney where, among other things, I caught up with a small group of refugees from a shared past – namely, the ambiguous years we spent together in high school, many decades before.

But among those “other things” is the opportunity that a visit to the Big Smoke affords in dabbling in ‘exotica’ that are inevitably a bit thin on the ground in country towns. For example, in New England we have no German restaurant in which the beast at heart can sink their (well-worn) teeth into a pork knuckle, and certainly no beaches through which we can drag our sand-starved toes.

But, more significantly for me, it is the opportunity to explore well-stocked bookshops that do not depend on the chance pre-loved off-loadings of retiring academics for the replenishment of their book supply.

One such bookshop towards which I always make a beeline when in Sydney, is Abbey’s in York Street, drawn by its shelves packed with brand-new books of every imaginable genre which may have been there for years for all I know. And so, in 2019, on my last visit to Sydney before all hell broke loose, Abbey’s was inevitably my first port of call as I was desperate to find a pristine copy of Virgil’s Aeneid to send to a very dear friend.

Browsing through an extraordinarily well-endowed Classics section, it was no surprise when one name leapt out at me from among the scores of others around it. Theognis! Theognis? Who or what the hell is Theognis, I can certainly hear someone out there ask. Well, Theognis had a small but rather important part to play in my progress from noisy child to introspective senior citizen. Let me explain.

You see, by virtue of my mother’s unshakeable social conformism, I was naturally dragooned into the Argonauts Club, part of the ABC’s Children’s Session, at the minimum age of seven, whereupon I was issued with a ship’s name and rower’s number (50 rowers to a ship). And how romantic were those ship names, even from the perspective of 68 years on: Argo, Echo, Artemis, et al: all conjuring up an image of adventure and loyalty and team-spirit as we ploughed on through the Aegean (I suppose) in pursuit of the Golden fleece – or were we trying to flog it off in an end-of-season sale? I’m really not sure.

But what I am sure of was that my ship was no Echo and no Artemis. It was Theognis. Now it might have helped if Jason (aka Tavish McTavish aka Athol Fleming) had slipped in an explanatory note with my Argonaut’s metal badge that my ship was named after one of the few Greek poets of the 6th century BC whose work has survived. But he didn’t and so my febrile imagination drew me down some dark passages in pursuit of my own explanation.

The darkest of those passages came when it was suggested that Theognis sounded like something the cow might have left behind in the straw after it vacated the milking stall – to a hyper-sensitive little boy like moi, this was so mortifying that I could never ever advertise my ship membership.

Yet, one good thing came out of it … (drumroll) … my first piece of writing in print. On Anzac Day 1952, my father took his patriotic little son and daughter to watch the annual march in Sydney. Seeing all the World War I ex-diggers, universally stocky guys in navy pin-stripe suits with silver hair; and all the World War II ex-diggers, universally lanky guys in fawn suits and felt hats; and returned diggers from Korea, universally in khaki drill and slouch hats.

My sister must have seemed like an apparition of unblemished innocence to one of these battle-scarred veterans for he broke ranks and rushed to the gutter where we were sitting, ripped the rosemary sprig from his lapel and thrust it into my sister’s hand, from where it was planted in our garden to embellish many a roast leg or shoulder for years to come.

More importantly, for the moment, that little vignette of a bridge of hope passing between the generations inspired me to scribble something for the Argonauts Club (although cringing at the sign-off of Theognis 11 (or was it 13?). And, to everyone’s surprise, it was published in the ABC Radio Weekly, that anthology of all that was good and proper in those pre-television days. From that pivotal moment, I could only go forward, soon after completing my first two novels, both heavily plagiarised from Robert Louis Stevenson and Enid Blyton, respectively, before I ran out of creative puff.

Looking back over the Argonauts now, one could babble on at length about the great loss of creative vigour in our society when such, admittedly precious, echoes of a bygone age were replaced by a knowledge of which buttons to push and which delete symbols to click. But we all know that.

Instead, how I’d like to finish up is by drawing attention to the thousands of people who, for a brief while in my case, passed through its orbit and went on to memorable things. From mainstream state premiers like John Bannon to totally out-of-the square mavericks like Barry Humphries. Even poor little Marcia Hathaway, killed by a shark in 1963 and my own symbol of fractured innocence, was a Children’s Session presenter.

As my eye drifted down the list of notables who were once members, it alighted on a film-maker whom I once knew slightly through a family connection but, in the inevitable way things are in life, we went our separate ways after a brief while.

Had I known she was also an Argonaut, what inspirational film scripts we could have developed as “merry oarsmen” rowing to the ends of the known world with Jason. And she might have been able to soothe my red-raw psyche by telling me that Theognis was a versifier of rather satiric bent (that’s me, all right) and was certainly not something the cow left behind when leaving the milking stall. Oh, how different life might then have been.

Do you remember the Argonauts Club?