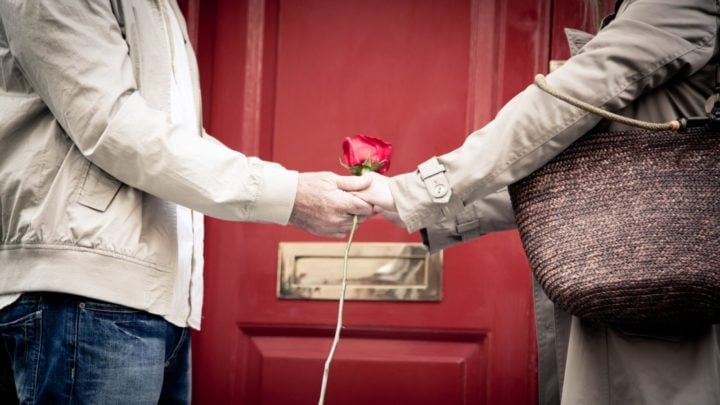 This community writer looks into the history of Valentine's Day. Source: Getty Images

Every year the month of February celebrates the big heart symbol of Valentine’s Day in most of the Western world and other Asian and African countries. Over time though, February 14 has become commercialised for business, mainly since the last 20th century.

Celebrating Valentine’s Day is supposed to represent one’s ‘Heart of Love’ with lovers expressing their feelings for one another. Yet when I looked into the truth of the story, it seems not to be the case.

It’s exciting to celebrate a ‘day of love’ every February 14. I especially think of young people who are experiencing love for the first time. It gives me hope that with love there is also respect, and further hope that it will last forever in this uncertain world.

Historians suggest the origin of Valentine’s Day goes as far back as 300BC when every year between February 13-15, Romans engaged in the festival of Lupercalia with rituals honouring the coming of spring. Such rituals included the sacrifice of a goat or dog, the skin of which would be used to whip women in an effort to increase their fertility.

But by the 5th century AD Pope Gelasius had remade the festival as a day of feasting on the Christian calendar and declared February 14 to be St Valentine’s Day. Many scholars believe St Valentine was a priest who fell in love with the daughter of Emperor Claudius II and was sentenced to death. Before his execution, it’s said that the priest sign a letter to his love with the words ‘from your Valentine’.

In another legend, the Emperor banned marriage for young men in his army, believing they would make better soldiers. However, a priest ignored the ban and continued to marry couples who were in love. When he was discovered, he was executed.

In my mind, the most plausible story surrounding St Valentine is that which focuses on the Greek god of love, Eros.

A medieval scholar from the University of California, Los Angeles (UCLA), Henry Angsar Kelly, wrote in his book Chaucer and the Cult of Saint Valentine, that it was the English poet and author who first linked St Valentine’s Day to romance. It is said that Geoffrey Chaucer wrote the Parlement of Foules to honour the first anniversary of King Richard II’s engagement to Anne of Bohemia and in that poem were the words:

The day evolved over time and by the 18th century, gift giving and the exchanging of handmade cards on February 14 had become commonplace.

When the tradition got to the United States it was during a time of increased consumerism and popular culture. Advertising had started to play its part in influencing people’s choices.

Mount Holyoke College graduate Esther Howland is the artist and businesswoman credited for popularising Valentine’s Day cards in the US. Howland was inspired by an English valentine that had been sent to her. It featured a design so ornate she wished to create her own. She used lace and coloured paper and other such decorations and included sweet messages for those to read upon opening. Soon she a thriving business and she couldn’t keep up with demand. She had to set up an assembly line of workers to mass-produce the cards before February 14 every year.

Today St Valentine’s Day is a commercial success. According to the Greeting Card Association, 25 per cent of all cards sent each year are for Valentine’s.

Whether or not any of the legends are true, I don’t know. However, I wish for the sake of the world that the love, care and respect we express to each other on Valentine’s Day would extend throughout the rest of the year.

Do you get involved in Valentine's Day celebrations?