‘I don’t believe a word anyone in officialdom says, and here’s why’ 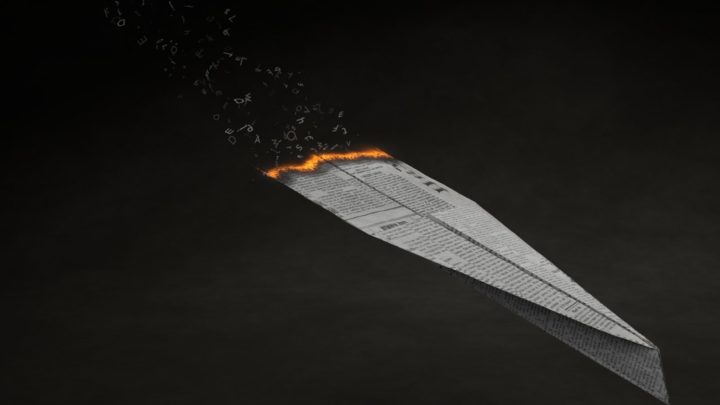 Rod recently watched the HBO program 'Chernobyl' and it got him thinking about the lies governments tell. Source: Pixabay

Well, I’ve just done something I vowed I’d never do. Being an engaged sort of ’60s fellow, if I have any scorn left in me it has usually been reserved for those whose lives I imagined varied little beyond sitting in front of the box, semi-comatose night after night, binge-watching whatever was the next program to roll up before their glazed eyes.

Bill Bryson described this peculiarly ’50s phenomenon more gently than that in The Life and Times of the Thunderbolt Kid. And so, being a little kinder to myself, I don’t think we Baby Boomers were being unreasonably cruel in our attitudes, but rather were engaging in a kind of aversion therapy to the world of our parents, relatives and neighbours who were mesmerised by “new-fangled gadgets”, the greatest and most all-consuming of which was television.

In short — and hiding behind a literary celeb like Bill Bryson gives my thoughts some cachet — staring at the box for hours on end has always seemed a dismal rejection of all that an active life has to offer (with apologies to those who are so ground down that binge-viewing TV in a warm living room would be a release in itself — but that’s another story!)

Recently, our neighbour Ian banged on the door and said, “Hey, watch this; you won’t regret it”, thrusting out a tiny little memory stick (yes, Neanderthal me knows what they are) on a key ring. “Chernobyl,” he added breathlessly.

As it happens, I remembered Chernobyl vividly, having worked on the Fairfax new desk in the years after the 1986 nuclear explosion, slugging countless wire-service stories as ‘Gorby’ or ‘meltdown’ or ‘radiation’, etc., so I didn’t feel the need to watch a doco resurrecting all that stuff, but, being a polite sort of person, I accepted Ian’s gracious offer and decided to watch the first episode and then allow memory and Wikipedia to fill any gaps.

Was I mistaken! Chernobyl, I found, was no arid documentary compiled from the wisdom of hindsight, but was, rather, 5.5 hours of riveting drama. The most stunning aspect of the five-episode series (which I binge-watched in two sittings) was that it was based on the secret audio testimony of the chief Soviet scientific investigator of the accident, Professor Valery Legasov, recorded just before he committed suicide in 1988. That gave the series a breathtaking authenticity that no script, no matter how well crafted, could ever have. Further, each episode was not packaged into a formatted slot, like the standard 50 minutes, but varied between 49 minutes and 72 minutes, allowing the length of each to be determined by its inherent drama and not by the narrowness of programming paradigms.

In short, it was like reading a free-flowing novel rather than watching a television show, as it allowed the full gamut of human responses to unfold as the magnitude of the event itself unfolded, whether it be putting a physical lid on an environmental and human catastrophe, or how the consequent machinations of the Soviet political system played out. No better example of this could be found than in the reactions of Boris Shcherbina, the Soviet apparatchik appointed to manage the subsequent inquiry into the disaster — a man whose task was to identify a believable scapegoat and then to protect the ongoing interests of the state itself.

Thus Shcherbina’s initial poo-poohing of the radiation issue came back to bite him when he realised that foolhardiness and pig-ignorance had cost him the last 40 years of his life (he died, so the end-credits informed us, in 1990, four years after he had strolled so high-handedly into the shadow cast by the crippled reactor). To see his face change from arrogance to fear to crestfallenness, before reaching a higher plane of equanimity, was unmissable viewing.

Yet, as I watched episode after episode, I could not avoid a thought that Chernobyl might have been the final nail in the coffin of the entire Soviet system, which had seemed so monolithic just seconds before that nuclear explosion exposed the fault-lines of lie and expediency on which perceptions of its power ultimately rested. It was a bit of an anti-climax to read in those same end-credits that Mikhail Gorbachev, the last-ever general secretary of the Soviet Communist Party, had himself expressed a similar opinion. Whether it was truth or merely self-serving pap to distance himself from the accusing finger of history, who would know.

Inevitably, when you absorb such a thought-provoking experience, your mind turns to events closer to home and, living in regional Australia as I do, I believe that we here could have a sharper eye for contradictions in our own society that might have escaped those living in more comfortable and protected settings in our big cities or on the balmy coast.

I have no time for the prognostications of gurus and pundits who assure us, evening after evening on the television news, that our economic fundamentals are sound, as evidenced by an ‘unemployment rate’ of, about 5 per cent — despite ’employment’ being defined as working for just one hour each week plus the endless hurdles thrown up to stop Centrelink ‘clients’ actually being recorded as unemployed at all.

When you live in an environment that cannot be concealed by distance and propaganda, as the reality of possibly 93,000 deaths at Chernobyl was concealed from the pink-tinted glasses of Moscow, instinct and the evidence of your own eyes will tell you what is truth and what is not. Just as no one should have denied that a disaster had occurred at Chernobyl when birds were falling out of the sky and blood was seeping through the skin of fire fighters.

It’s a big leap, if you like, but to me the irrefutable evidence of the sleeping homeless piled up in doorways and under bushes makes our economic claims about as expedient a joke as the official Soviet death-toll at Chernobyl of … (wait for it) … 31.

Do you think governments lie to communities? Would you be able to tell a fake news story from a real one?