‘Life was a lot happier and simpler back in the day, it’s time to go to Mars’ 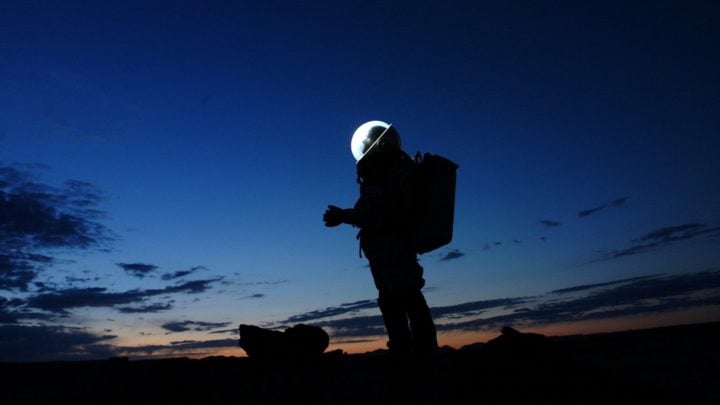 My wife and I have recently decided to plan a trip to Mars. Yes it’s true. We are apparently ‘lucky’ Baby Boomers, but the question people ask is ‘why Mars?’

Recent radio/television/online news once again showed we have a society of murderers, paedophiles, corrupt business people and politicians, climate change supporters and deniers as well as under-age suburban terrorists, reckless drivers and all those seemingly besotted with ‘look at me-look at me’ posts on social media! Not to mention the fact young teens are committing suicide at an unprecedented rate these days. Especially males!

But why? People are blaming social media, but we think there’s a bit more to it than that. I’ve recently been reading my (now dearly departed) mum’s prolific diaries about growing up in the 1920s, ’30s and ’40s, the post-war era in particular.

People were grateful for what they had in those days — and it wasn’t a lot. My mother’s words: “Life as a teenager for me was happy … We’d help mum cook, wash and clean. I’d go to the local café with my (then) boyfriend — your father — and we’d have a sandwich or cake with a free soda water and we weren’t interested in alcohol or cigarettes or anything like that.”

I dream about publishing my mother’s diaries one day. They say a lot about life during and post-World War II. Dad was in the Navy and Mum joined the Women’s Land Army doing tasks that men had previously done etc.

What has that got to do with planning a trip to Mars, I hear you ask? Well, it’s that reading those diaries has made me think life was a lot simpler ‘back in the day’.

With possibly a few exceptions, friends actually respected each other. People also seemed to trust each other more.

Mum relates the fact that the key to the house was almost always left under the doormat so that anyone delivering goods could enter the house, plonk the goods on the table then leave without doing anything else. Same thing applied to mail. The postie would take your mail to the post office if you were unable to, then tell you how much it was and that was that! Groceries were the same. If you were out working (unusual for a mother of two at the time) or were unable to be at home for some reason, the grocer would do the same. Enter the house. Deposit the goods and leave.

It’s called ‘trust’. Something we all seem to have let slip today.

Again, why that trip to Mars? As a concept it’s new, exciting and unknown and to be honest might mean just moving from place to place as long as we can (grey/blonde nomads!) or settling down in some small country town in the middle of Australia! It will have its challenges of course but most of all it means we will have intentionally left a lot of life’s negativity behind so that we can get on with our positive lives learning from the past and putting them into practice today.

Even if the reality of ‘moving to Mars’ itself is just a dream some of us had, at least it’s a way for us to re-think life as it affects us now. In the meantime, Bon Voyage!

How does life today compare to when you were growing up? Are you concerned about the values and morals we’ve lost over time?