For the love of words, obscene and obscure as they are 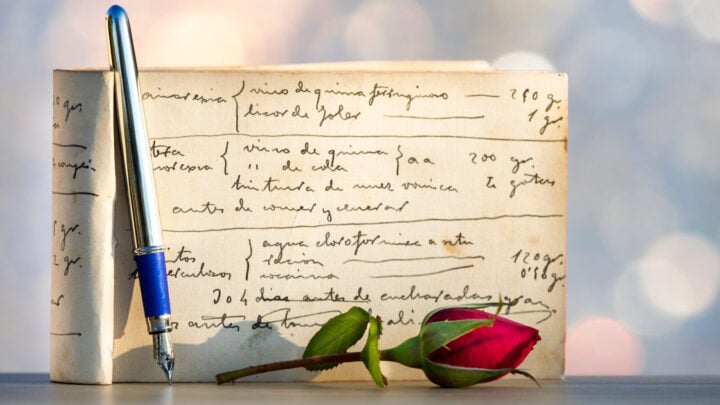 "I love language, in particular, the English language with all its complexities, curiosities, and nuances." Source: Getty

I love language, in particular, the English language with all its complexities, curiosities, and nuances.

Being born in Oldham, Lancashire, yes, we spoke with a distinct northern accent but, we were taught proper English. We learned what a noun, verb, adverb, and an adjective were, together with pronouns, conjunctions, prefixes, and suffixes too. We sounded our ‘h’s; were taught correct punctuation; how to parse a sentence; correctly construct a sentence AND to spell!

No private school education for this black duck, just the local primary school but, I was taught well. Emigrating to Brisbane, Queensland in 1965, our education continued.  Australians spoke oddly. Some children would say something and then end their sentence with ‘but.’  That was very strange, my younger sister and I thought. The other children at school did not tease us about our different accents though.

Adults called men ‘blokes’ and women, a ‘Sheila.’  The toilet was referred to as the ‘dunny,’ more often located outside in the back yard. What an unusual country this was.

Adjusting was much easier for Eileen and me than it was for Mum, Dad, and our grandma. Dad and Gran were fine, but Mum found it so hard. She died in 1969. I finished school in 1970, got a job, and in 1974 travelled to New Zealand. They spoke with quite a different accent, pronouncing fish and chips as “fush and chups.” No gidday, mate here, rather how you doing, bro. My accent now is a mixture of Lancastrian, Australian, and Kiwi.

By 1980, I was married and had two children and on Australia Day, 1981 I returned with my Kiwi family, to Brisbane. When the children were old enough, I rejoined the workforce, firstly doing bar work at night in local hotels, then finding full-time work in the city with a firm of project managers and architects. In my second year, I was promoted to the position of Commercial Manager. My duties were many and varied – keeping the books and supervising two receptionists but management were both supportive and encouraged me to spread my wings, giving me tasks I had never done before. One of which was to design and write the text for our A4 sized company brochure. This was when my love of writing and words developed and grew. I discovered I had a real flair for writing, and I immersed myself in this task with great enthusiasm.

I then worked for a small Brisbane bank; a Bridgestone Tyre and Mechanical franchise before my working life came to an abrupt end due to ill-health. Writing was my salvation! At first, a couple of Letters to the Editor were published – one in the Weekend Australian, the other in The Australian Women’s Weekly. And, I got paid for them! I discovered Starts at Sixty.

I have meandered off the path of what this blog (I still do not like this word) is about, and that is “Words and Sayings: How they Affect us” (We old ducks tend to do that quite often).

Remembering some of the sayings Mum, Dad, and my Gran would say to us when we were children has been fun. If we asked what was for tea, we were told ‘shit with sugar on it;’ if we were crying for no reason, the response was ‘if you don’t stop that crying, I’ll give you something to cry about’ or if we were doing something naughty Mum would say ‘Stop it, or you’ll answer to your father.’  We did not want to have to do that! Mum, Dad, and Gran have been gone for a long time now. So, there is just Eileen and me. Sometimes, one would think she doesn’t have a brain between her ears, often saying such gormlessly funny things. She is an intelligent woman, but often comes across as a ditzy blond (and she is not blond).

Crossing the Tasman to New Zealand, I came across some very amusing sayings. You might enquire ‘how are you’? The reply more often would be ‘a box of fluffy ducks’ or ‘a box of birds.’ Ask the same question of a Māori and the reply would be ‘good, bro’

Words, I just love them! Discombobulated, meaning confused and disconcerted. This was a word I only heard recently, and now I am hearing it used often. However, my favourite word is “fuck”. I was 40 years old when I first used it. Grammatically, it is so fucking versatile.

“In terms of its parts of speech, fuck has a very flexible role in English grammar, functioning as both a transitive and intransitive verb, and as an adjective, adverb, noun, and interjection. It can also be used as a grammatical ejaculation.

Although the word itself is used in its literal sense to refer to sexual intercourse, its most common usage is figurative—to indicate the speaker’s strong sentiment and to offend or shock the listener. Linguist Geoffrey Hughes found eight distinct usages for English curse words, and fuck can apply to each. For example, it fits in the “curse” sense (fuck you!), as well as the “personal” sense (You fucker). In the Oxford English Dictionary, more than a hundred different senses, usages and collocations (like fuck around, fuck with s.o., fuck you, fuck me, fuck it) are identified for fuck, its derived forms (like fucker, fuckee, fuckability), and compounds with fuck (e.g., fuckfest, fuckhole, fuckface).”

The other thing I discovered about this very versatile word was that, if said in the applicable tone of voice, it is remarkably effective. At least, it was when I first used it in discourse with my two teenage sons. I had come home from work, after a long and arduous day, to notice that their room was in total disarray; they were lounging on the sofas, the contents of the refrigerator sitting on the coffee table (or what another convenient flat surface there was to hand), and I lost it. In recollection, I said something like this “Get your fucking arses, off that fucking lounge, NOW, and clean up your fucking room!”.

Firstly, their jaws literally dropped open – they had never heard such a word uttered from their mother’s mouth, and secondly, it was immediately effective! Using the appropriate emphasis on the word “fuck” conveyed just how angry I was.

As I have aged, I have no problem using this word should the circumstances dictate so! But I would not, and never have, use it to hurt anyone’s feelings. (Incidentally, I deplore the use of that other word starting with the letter ‘c’).

Words are the tool by which we communicate with others; require consideration of when and how we use them (always remembering to use the correct punctuation if one’s intent is not to be misconstrued).

So endeth the lesson!”