‘Fate has a way of sending us down the right path’ 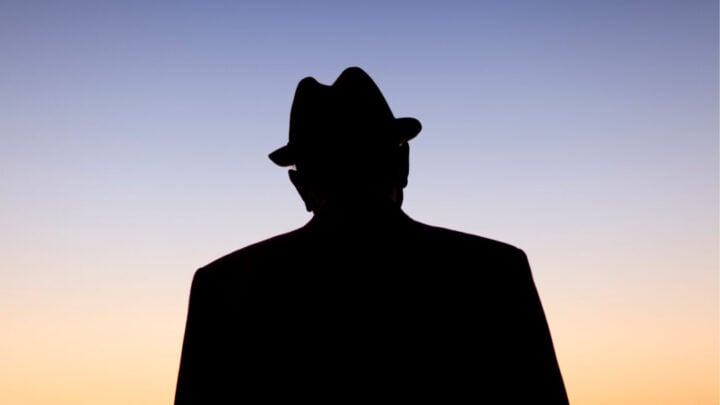 Rod looks at how fate has intervened in his life. Source: Getty

If ever the International Olympic Committee decided to award medals for ‘wildness’, I have little doubt that Bear Grylls would finish no better than the silver spot on the podium. And that’s because, despite his high profile in matters wild, he is a bare (note the cheeky pun!) shadow of Whitey whom I observed from the ripe old age of 10 onwards.

Whitey was the son of a policeman, and many a pop psychologist has theorised about the consequences of that sort of relationship, but the truth is, whenever I cringe at the recollection of some scrape I got into during my adolescence, somehow Whitey’s fingerprints seem to be all over the incident.

Now, this is not a potted biography of Whitey himself, as there are huge slabs of his life that are utterly blank to me; rather, it is more about how life can turn on a sixpence, as they used to say in pre-decimal times.

I was at school, both primary and high, with Whitey for about three years, before the first major cloud entered his life, spiriting him away to a private school where his father thought “a little discipline” might be good for him. (I experienced enough in those three years to understand where his father might be coming from.) And then I saw no more of Whitey for another five years, despite us living in the same Sydney suburb.

As it happened, Whitey was sent to one of those elite private schools in which rugger-bugger rugby occupied the first place in everyone’s attention span, with education a distant second; and one of the boys he knew at school happened to play subsequently in a rugby team in which I was playing, and so the sixpence turned again. Thus, Whitey and I resumed our speckled career together.

Eventually, Sydney got too hot for Whitey (I would like to recount a few of his notable exploits but this is, of course, a family website) and he left hurriedly for Papua New Guinea, losing contact with me once again. Until, one day, I opened a Sunday paper to find an article about Whitey of all people, in his latest transfiguration into a professional crocodile shooter who had barely escaped with his life from a huge ‘saltie’.

Fast forward a couple of years, and I received a phone call, out of the blue, from Thursday Island. It was Whitey, now living the life of Riley in that outpost of the South Pacific whose specific charms, he informed me, were emblazoned on a popular local T-shirt: “Thursday Island, drinkers and lovers”. I realised then, that the teeth-gnashing reptile from which he had barely escaped with his life in PNG, was almost certainly of the two-legged, upright variety.

Nevertheless, I was, as usual, entranced by the romantic aura in which Whitey always managed to envelop himself. For the previous couple of years, I had been addicted to the television series Adventures in Paradise (starring Gardner McKay, in a strong American accent) to the point where my day-dreams were running riot as I began to price 30-footer yachts in the Saturday classifieds.

But to be invited to join a wild man like Whitey on Thursday Island, living the life of a television playboy, was almost too good to be true. But it was true, and so much more enticing than burying my head in another boring text book. So, what happened?

I really don’t know. I have never remembered how Thursday Island slipped from my imagination. Just as my life turned on another sixpence, it simply happened. Because, instead of absorbing one exotic experience after another, to become, in time, the next James A. Michener, possibly, I placed my life and future in the ultra-polite, ultra-fastidious hands of Alec Milne and the Public Service Board in Canberra.

Fast forward another 25 years, and the sixpence turned again when I met Steve. Steve was a compositor at the Sydney Morning Herald, and as a sub-editor on the stone, I would compile the galley proofs of the following morning’s edition with him deep into the night. With the presses thrumming deafeningly in the background, I found him a very pleasant fellow to chat the hours away with but, more darkly, we found we shared something barely imaginable.

Steve had been called up for Vietnam where he had served in an artillery battery. One of his friends in the battery eventually was jailed (and later released) for “fragging” an Australian officer and that officer had been in my class at high school. Yet, as we talked on into the night, with one topic leading to another, we found we had something else in common: He knew Whitey.

Therefore, in 1991, I met Whitey in an inner-Sydney pub and so mesmerised was I by his presence that I forgot to ask him what he had been doing for the past quarter century , even when he admitted, matter-of-factly, to living in an outer western suburb repairing washing machines to make ends meet. Hardly James A. Michener or a “drinker and lover”, much less a crocodile shooter of renown. Not surprisingly, it was an unsatisfactory evening for both of us, I suspect. There was too much water under the bridge to find any real common ground.

I never saw Whitey again so I cannot end this picaresque tale by revealing what became of him – except that about two years later I received an unidentified phone call at my home from a youthful-sounding woman asking for his address and phone number. Remarkable!

But the sixpence had one more twist to turn. Only last weekend, my wife and I were invited to have morning coffee with a neighbourhood couple, the husband being a FIFO worker who was not often at home. He worked as a marine pilot, shepherding bulk carriers and cruise ships through the Great Barrier Reef to avoid the fate of the Chinese coal carrier Shen Neng 1 in running aground in 2010.

Normally, he is based at either Mackay or Cairns but when I asked which port he was about to return to, he said “Thursday Island”, where he was temporarily based to guide ships through Torres Strait’s hazardous Prince of Wales Channel, the linking portal between the Arafura and Coral seas, for vessels plying from Asia to Eastern Australia and New Zealand.

“What’s it like?” I asked, my awareness heightened by the sudden recollection that if fate had not inexplicably intervened, I, myself, might then be celebrating 55 years as a resident of that tropical paradise of the imagination. But whether as a popular novelist or as a washing-machine repairman, a crocodile shooter or just a mere drinker and lover, fate rather thoughtfully kept that one to herself.

Do you believe in fate?