‘Coronavirus exposes the perils of China’s appetite for exotic fare’ 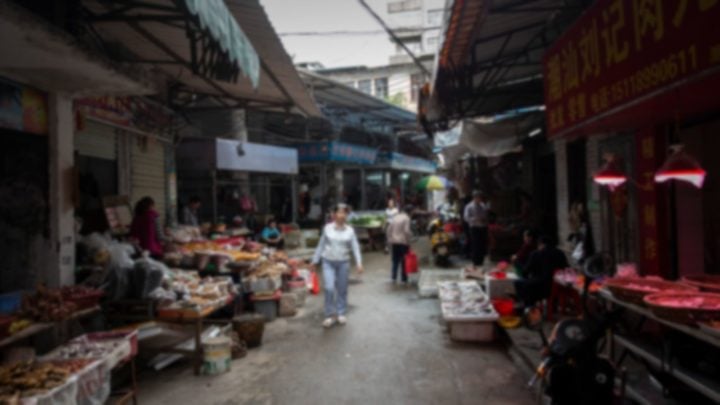 Rod read with interest that China's 'wet markets' have reopened in the same region where coronavirus is thought to have started. Source: Getty Images

I read with interest that the Chinese authorities favour the reopening of ‘wet markets’, closed for disinfecting since the onset of coronavirus in January. It will be recalled that the world pandemic broke out, initially, in the central Chinese city of Wuhan and research indicates that the agent was the accidental intermingling in the local wet (or live animal) market, of bats, for human consumption, with exotic species poached from Africa.

As a lover of big cats, I have never been a fan of the illegal wildlife trade but that is not what I’d like to discuss here. Rather, it is the Chinese appetite for exotic fare in their dinner bowls that bemuses me. Indeed, when I visited that country in 1985, a local interpreter thought it amusing to recount an old Chinese ‘proverb’: If it moves, eat it.

That pithy little saying came forcibly home at an official dinner in Guangzhou (Canton) where I had some difficulty chewing the rubbery texture of something extracted from one attractively presented dish. It was explained that I was eating a ‘sea cucumber’, which on further inquiry was revealed to be sea urchin.

Now, the question of Chinese eating habits is a delicate one, for it begins to transgress on the lore and customs of an ancient and proud culture. But when it transgresses on the health of the rest of the world, particularly with the resulting deaths of many thousands of people (many of whom thought bats were items of sporting equipment), then delicacy can cut both ways.

Actually, that visit to China was an amazing cultural experience in itself, quite apart from the astonishing array of food I eventually had no choice but to eat. It came at a crossroads in the evolution of China after the lunacy of the Cultural Revolution and the major tyranny of the ‘Gang of Four’ (Madame Mao and her allies) followed by the minor tyranny of the ‘Gang of One’ (Hua Guofeng).

Deng Xiaoping, then considered a good guy in the West, was re-emerging from his banishment during the Cultural Revolution and was determined (relatively speaking) to open his country up to non-state controlled influences. For it will be remembered that the Communist Party still controlled the Soviet Union and the Tiananmen Square massacre was four years away.

The major English language newspaper, the China Daily, was full of bold front-page stories extolling the success of an emerging class of Chinese multi-millionaires, plus editorials urging their fellow citizens to follow suit and get their snouts into the trough. But where we, our tiny little Australian delegation, were to fit into this grand plan, was soon made clear.

In the nature of these visits, we had attached to our group a very fluent English speaker who was quite frank and disarming: they had all suffered personal humiliation during the Cultural Revolution, he explained, and under the leadership of Deng and Premier Zhou Ziyang, were determined that this would never happen again.

Worried about the Kremlin watching over their shoulder, they were therefore keen to come to an understanding with Ronald Reagan’s America. But not feeling confident (or trusting) enough to take the initiative themselves, they chose the back door, by buttering us up on their behalf, being reliable United States ‘lackeys’ with an exemplary conduit into the White House.

Yet, having no comprehension of an independent Western media, and seeing me as the youngest in the Australian party and obviously not an inner-circle heavy hitter, they decided I was the key man to be worked on, assuming that the role of writing the mission report for the authorities back in Australia would be delegated to me.

Alas, for them, not only did they completely misunderstand the role of the Western media, they had no feel for the uniquely Australian custom of pigeon-holing unpalatable reports. They should have taken note of Joh Bjelke-Petersen’s perennial deflector: “Now, don’t you worry about that”.

That visit, I remember, did involve some intense negotiation between our representatives and — this is indicative of the Chinese desperation to come in from the cold in those years — members of the Chinese Communist Party’s Politburo, the inner circle of the inner circle, if you like. And thus I am not surprised at how things have changed in subsequent years because, despite their strategically weak position in 1985, the Chinese were always tough in cross-table wheeling and dealing, very tough: no prisoners were ever taken there.

Overall, it was the cultural differences that intrigued me, particularly the low store placed on public hygiene. At one time, I was in Tiananmen Square, queuing up to see Chairman Mao’s embalmed body, when a loud-speaker truck careered through the crowds shouting some propaganda message.

I asked the interpreter whether it was more exhortation to smash the Gang of Four or a similar anti-Deng element. “No,” he replied, “it is the mayor of Beijing telling people to stop spitting because it’s a disgusting habit.”

The mayor should have looked closer to home. On a long bus excursion through nearby Shandong province we were taken past scores of rural villages, each one fronted by a huge, black-plastic-lined pool in which were stored both the village’s fresh fish supplies and its sewerage system. Not the sort of place you’d willingly cast a relaxing line.

As we were passing one such village, our attentive secret service spy — almost from central casting, he was that easy to identify — decided to spit out of the bus window onto the passing road. Fatefully, a cyclist was just then passing, probably enjoying a day out in the country, when he was hit in the head with a projectile, emitting the G-force of an ICBM, instantly cartwheeling him off the roadway … right into the village pool. Splashdown!

Our man from the KGB, or whatever the Chinese called it, carried on regardless, however, a sure sign of the untroubled omnipotence of a command society. Not much has really changed, I suspect, in the intervening 35 years.

What are your thoughts on the reopening of China's wet markets amid coronavirus?