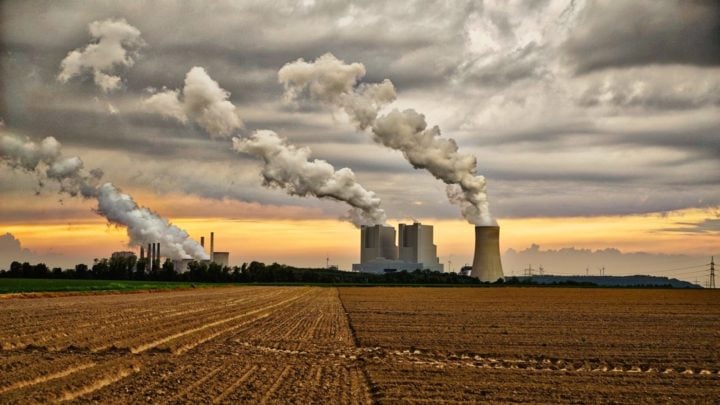 Should we be worried about the future? Source: Pixabay

I was born five years after World War II had ended. The world was still not as stable as it should be and there was a significant amount of unrest over the next 10 years.

Over the following years I had a wonderful life, I married a beautiful woman. We had two great kids — both boys — and I had a career in the field of interest I had developed when I was 10 years of age, chemistry. Working in laboratories throughout Australia, the last 20 years have been spent working at local government facilities.

During this time society has changed significantly and so much so I have a number of questions. These are not meant to be argumentative issues, although I would think there will be a significant number of people who may not be able to describe the problem without having some emotions. That being the case please accept my apology at the start, but I am worried as to where we will be as a species in the very near future.

I grew up reading a number of science fiction writers, it seemed that when Arthur C Clarke wrote a story it would become reality in the following 20-30 years. Isaac Asimov and his computer story; Ray Bradbury; Rose Macaulay, but the brave new world is certainly not happening and we are becoming more the PC world governed by the ‘green people’ (I’m not sure what else to call them yet).

Man going to the moon did happen and was forecast many years before we had the technology to make it happen, but when did we lose our gender? We had Boy Scouts and Girl Guides. We now have Scouts BSA where both boys and girls can join, but Guides only have girls unless a boy identifies as a girl. I recently read that a council in the United Kingdom is calling for schools to inform students that boys can have periods too. What the…?

Our political landscape is a mess. When Labor and Conservatives were elected for the three-year term we used to have the same prime minister for the whole of that period. In the last 10 years we have had Kevin Rudd, Julia Gillard, Kevin Rudd then Tony Abbott, Malcolm Turnbull and now Scott Morrison. I understand that politicians are not the brightest of people, but we should be able to count on one prime minister to see out his or her term.

I also wonder if the political situation in Australia is so up and down that we will be a third world country in the next 10 years. It was revealed that betweeen 2016-17, there were 24,162 humanitarian arrivals (including a special intake of refugees from Syria and Iraq) the highest figure since 1980-81 under Malcolm Fraser (which was 22,545) and the introduction of the humanitarian program. In 2018-19 the figure of refugees being ‘welcomed’ into Australia will increase from 13,750 to 18,750. The majority of those refugees are from third world countries involved in war.

Though no one in a position of power (politicians especially) cares to admit it, Melbourne has a problem with African gangs and a soaring crime rate – with many newspaper reports alleging that those responsible come from a group of people given refuge in Australia.

Should we have a break from these migrants unless they have something positive to contribute to our society? I don’t see crime as a positive. If these people are refugees or migrants, is it racist to send them back to where they came from if they break the laws of the country they wish to call ‘home’?

A few years ago an ex-politician from America by the name of Al Gore made a film called An Inconvenient Truth since then we have had a number of scares laid at our feet. Islands are sinking in the Pacific and eventually they will disappear. I don’t feel this is true. Carbon dioxide emissions (CO2) must be controlled including from agriculture, transport, and energy production. Oh my goodness I will not give up my steak!

The biggest polluter, China (with 125 million kilotons of CO2-equivalent total greenhouse gas emissions) is working to reduce its levels by roughly 65 per cent. The country will expand its coal power fleet with 700 new coal-fired generation plants to be built both in China and at various locations around the world. According to The New York Times, Shanghai Electric Group, one of the country’s largest electrical equipment makers, announced in 2017 plans to build coal power plants in Egypt, Pakistan and Iran with a total capacity of 6,285 megawatts — almost 10 times the 660 megawatts of coal power it has planned in China. Meanwhile India (which places second in the polluter stakes with 3 million kilotons) hopes to reduce by up to 35 per cent by 2030, yet companies like Adani continue to build coal-fired power stations. However, Australia, which ranked just outside the top 10 in 2017, is set to reduce its emissions by 50 per cent for the same period. Should we consider nuclear power (said to be clean and efficient) and have greater subsidies on electric vehicles?

As I said earlier when I was a kid there was newspapers and radio. Now there is television, the internet, news for your mobile phone (as good as a pocket computer) and more. With a 24-hour news cycle, I believe the media has created all of the problems above. We are inundated with information — or should I say ‘fake news — and issues. All of these subjects are pushed by the media and it is obvious when you watch that your opinion is being shaped by their opinion.

So here’s my opinion. Climate change is rubbish. We will constantly have changing temperature and weather issues. I came to Australia and was informed that there would be up to three weeks in January and February each year where the temperature in South Australia would never drop below 35C. I am amazed by weather forecasters on the TV that sound astounded by temperatures in the 40s in Australia.

Men and women are human beings and the society we have cannot exist without each of them being together; there is no procreation. When we talk about skill sets we have different skills. Women have children, emotionally it seems to me women have more empathy. Men can help to create children. Men are predominately hunter gatherers. In sport men are better than women, you need only look at the times and performances between the sexes to know this. It does not mean women cannot be as good as men or even better in some areas, but in terms of gender we are not of equal skill set.

I’d hoped that in my time in this world, we would be a far better place, but looking back and considering the road ahead, I’m not so sure. I don’t feel society will be better. I feel China will take over and ISIS will destroy Europe. Then the Green utopia will disappear and the dark age will return. We better be prepared…

What do you think about the issues this author has raised?