‘Can all the whingers please shut up?’ 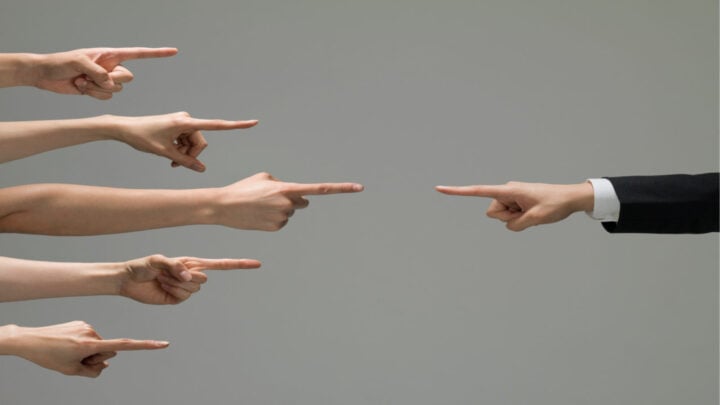 We're all guilty of complaining, but some people make a sport of it. Source: Getty

Has anyone heard the expression ‘you’d moan if your arse was on fire’? (I suppose you would if it was). We all have something to moan about, but it seems some like to do so more than others.

For example, we have had to endure four months of major infrastructure to service 36 new relocatable homes being constructed in the complex where I live, most of which have occurred right outside my front door. My home has been fenced off on all three sides for a good majority of this time. Was I angry? Damn it, I was, because we weren’t advised what this infrastructure would entail. It turns out it entailed months of huge machinery operating outside the house, clouds of dust, unbelievable noise, power and water outages. I didn’t whinge, but I did make my concerns known to park management. That was a waste of time and effort.

Finally, two days ago, all the trenches and holes were filled and bitumen was laid. I was ecstatic! As should my neighbour across the road have been, but she wasn’t – there was “ponding” around one of the road drains near her abode. I couldn’t help thinking “it’s not directly affecting you; it will probably be rectified in due course, so stop whinging”.

Similarly, I’ve been experiencing symptoms that may well be cancerous (I’ve had cancer three times since 2002), so I contacted my GP who then sent a referral for an immediate appointment to a major local hospital. That was a week ago. Am I concerned? Yes, I am, but there is little point in whinging about the delay. There’s nothing more I or my GP can do.

As I listen to the news, and about the resurgence of further outbreaks of Covid-19 in Victoria and New South Wales, all I can hear are protestations as to why. Seriously, if you allow mass protests in city CBDs, what do you expect? If you allow travellers to depart aeroplanes without testing, what do you expect?

So, yes, one could say I’m whinging too, and not without good reason, but I realise how futile doing so is, how negative it is to my wellbeing.

Now, I’m going to play my happy music and turn off the telly!