Bushfires: Are they the new normal? 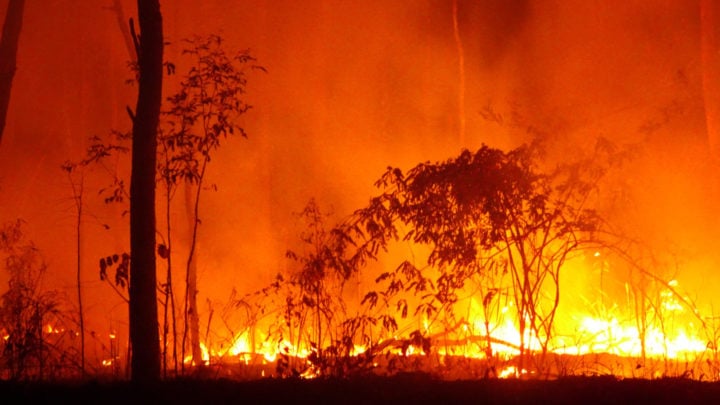 November 12, 2019 was a bleak day in our town of Coffs Harbour, New South Wales. The air was choked with thick smoke. Flying embers were landing on my back lawn. The sun was an eerie red globe in the darkening sky. All around us, new bushfires were igniting in our parched forests.

Anyone who lived in the country towns close to those areas were hurriedly trying to find places for their livestock to go and evacuate themselves into town themselves. Some stayed to fight for their homes. Hotels in the ‘deemed’ safe areas of the city were booked out. The local RSLs were filled with worried people, not sure if they would have homes to go back to.

I myself went to stay at a friend’s home near the beach. Although my place was not in imminent danger, I could not breathe and I felt very alone. I packed up my 19-year-old cat and we drove into town. People were on the streets wearing masks. There was a sense of fear and panic. This was something new. We’d coped with bad flooding in the past and bushfires were not really on the agenda. But here we were. Shops shutting early, schools closing, but services like our hospitals soldiering on with more and more people affected by respiratory conditions.

The immediate danger passed, although homes were lost. It could have been worse but our valiant ‘firies’ as we lovingly call them volunteered the horrendous flames and winds and kept the damage down. Thousands of little bush creatures were injured or died horribly in the inferno. Facebook was filled with tragic photos of koalas with burns on their bodies. I cried for them. I cried for those who stood hopeless in front of their burned out homes.

I don’t know if it’s climate change. I don’t know whose fault it is that our country is so parched and dry that even rainforests are burning down.

As I write this on the first day of 2020 the south coast of NSW and Victoria are experiencing the horror for themselves. Volunteer firefighters have died. Homes and businesses have been lost. Lives have been changed forever.

Can we blame our government or is it the result of years of poor farming practices that have depleted our earth? I don’t know. But as I reflect on the events in the last month and those which other Aussies are still experiencing, I ask are bushfires our new normal? Is this what we can expect every spring and summer. Is it too late to change our environment? Is it up to the government to accept that climate change is responsible? Can we change this?

As we watch our rivers dry up, as thousands of native animals are incinerated, as farmers shoot themselves out of total despair, as water is shipped into country towns that have dried up, as fish gasp their last in the dying water ways I ask again … Are bushfires our new normal?

Have you or a loved one been affected by the bushfires in Australia? Do you feel bushfires are a 'new normal' for Australia?