‘I received a warning from my deceased relatives before undergoing surgery’ 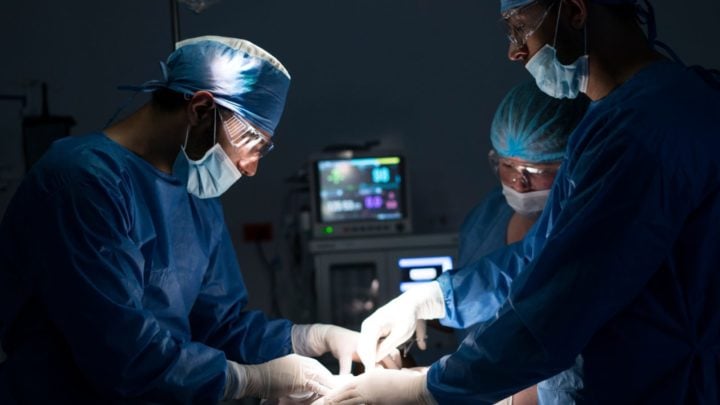 Before her cancer surgery in 2010, Josephine says she had a 'strange warning' about the procedure. Source: Getty Images

In 2010 I was diagnosed with stage three breast cancer. Naturally my world was thrown into total chaos as I found myself on the mayhem of the medical merry-go-round.

I was scheduled to have a portacath inserted, which is a device inserted into a large vein, under the skin, to allow easier access for chemotherapy and blood tests. The procedure is done under a general anaesthetic. I had already undergone mastectomy surgery and a myriad different scans and tests. I was one of the first in the country to have survived open-heart surgery back in 1959, when heart surgery was in its infancy in Australia. However, this did not mean that I didn’t have any feelings of apprehension.

The day before the surgery I had this overwhelming sensation. The message I kept getting in my head was “Tell them to be careful where they cut…”. It was so powerful I was forced not to ignore it. I rang the hospital and informed them that I had an enlarged heart so they needed to be careful. I don’t know what the nurse thought, most likely that I was very ‘nervous’ – and possibly crazy.

On the day of the surgery, I was wheeled into theatre. I had an X-ray after the surgery so the medical team knew the portacath was in properly. I woke up in radiology and the room was full of people. I was very groggy, so I didn’t think much of it, except I heard one voice say “Geez, it’s lucky she won’t remember all of us here”.  I woke in a ward, this was strange as it was only meant to be ‘day surgery’.

My specialist came in with my husband. I couldn’t help but notice that the specialist looked very concerned. My husband later told me he was puzzled by me having two bandages instead of one. The surgeon went on to explain that when they went to insert the portacath, they hit an artery. This explained the two bandages and the radiology suite full of people (it caused quite a stir!). The surgeon said the only explanation he could give was that my arteries were either moved out of place from when I was little and had the heart operation, or from birth. I believed either explanation and placed no blame on the doctor, after all this man was a very good thoracic surgeon. My oncologist, when he found out, said if anyone could have handled such an emergency, it was my surgeon – he had done numerous operations in a war zone. I felt had the best.

However, I still sit and wonder about that warning. I had felt strongly at the time it was if my late mother and grandmother protecting me, such was the strength of the force.

Have you ever received a 'warning' or had a premonition that something was about to happen? What would you have done in this situation?