‘A family history revisited: My sister and I have different memories of growing up’ 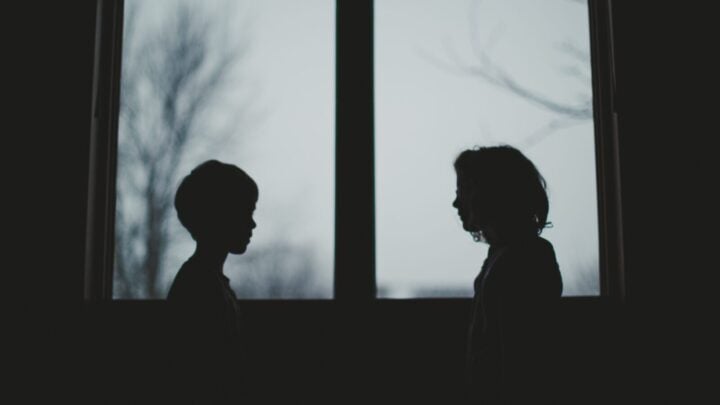 Andris says he and his sister have a different recollection of their family life growing up. Source: Stock Photo / Getty Images

How can a brother and sister, looking at the same family history, see the story so differently? Each of us is convinced that she/he is right and is astonished with the other’s point of view. It is about time this is sorted out.

My dear sis insists that Dad loved us equally and was just as proud of me as he was of her. But to me it seemed that I, as her younger brother, and Mum were the underlings in the family hierarchy. In my eyes, Dad was the undisputed King and my sister was his Princess.

Mum was the chief family servant: she cooked three meals a day and managed the household and looked on me as her assistant servant. Every day she would write down what groceries and other items I was to buy at the local shops. On numerous occasions she would forget to write down something she needed and then pleaded with me to go out again to get the items.

I used to get angry and protest that she should get her act together and make the list complete in the first place; I have not got the time to run around shopping for her twice a day when once would be more than enough. She would then go off to Dad and complain that I had been rude and non-compliant. Dad then would summon me and tell me with an expression of a sad, droopy-eyed dachshund, that I did not love my mother and one day I would “cry somewhere, where no one could see me”.

I would then get furious with Mum for dobbing me into the King and would not talk to her for days as a punishment.

It was understood Dad would not do any manual work around the house. He had a bad back and used a walking stick for support, and in any case as the Patriarch of the house, such work would have been beneath his status. As to Erzsi, my beloved sister, she was also seen as too aristocratic to stoop to domestic chores.

She was the apple of the King’s eye, the Princess who was a ‘literary genius’, whose job in life was to shine brightly, delighting the King with her perfection.

I wrote this satire about her, obviously driven by my envy of Erzsi’s status:

There was a literary genius in my family.
‘E-R-ZS-I’! — was father’s word and homily!
She recited with such ease and flare,
That I just stared at her in awe, if not with scare!

She took the first prize with all her essays and she won each poetry championship, true!
She sure was to be the next Nobel Prize winning author and Dad knew this too!
But she loved one thing on Earth more than literature:
It was my doctor father, a man of culture.

So, when Dad told her: ‘Become a doctor!’
She simply dropped her plan to be a rector!
I was just flabbergasted! How could she surrender with such grace!
Exits Hungary’s Leonie Tolstoy and enters Alberta Schweitzer to heal the human race!

Thus I reluctantly took over her literary burden;
So while she raises the dead, I just raise the curtain!’

But seriously. I felt, I had no chance of breaking in to the aristocratic circle of the two of them, no matter how hard I tried. Dad loved her so much, that having had her first, he wanted the second child to be a girl too. Alas, my arrival as a boy was a disappointment to him.

I let him down in other ways too. Erzsi’s ultimate secret for gaining Dad’s adoration was that she always did as she was told. Whereas I wanted to do my own thing. When Dad asked me too, to choose medicine as a career, I refused. My plan then was to become a commercial traveller.

I will be eternally grateful to Dad and to my beloved sister Erzsi that he wanted her to become a doctor and that she obliged. Otherwise, for one thing, who else would have saved my life a few years ago, when another doctor misdiagnosed me when I was in a life-threatening situation?

I was rushed to a hospital emergency department because I could not breathe. The doctor in charge was about to send me home with the wrong diagnosis of pneumonia, but my doctor sister intervened on the phone, persuading him to give me a CT scan of the lungs. It showed I had massive bilateral haemorrhage of the lungs, filling up a staggering 80 per cent of my lung capacity with blood clots. I was told in Intensive Care that night, that had I returned home without the immediate anti-coagulant treatment needed, I would have died.

After all, it was not in vain that my beloved sister became an ‘Alberta Schweitzer’.

Do you have any siblings? Are there family situations you've viewed differently to your siblings or parents?