Too funny or too far? X-rated handbags draw mix reaction 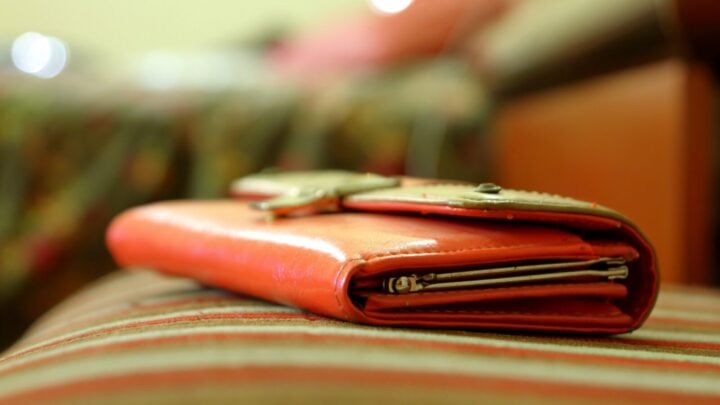 A very cheeky print on a range of handbags and purses has caused a bit of a frenzy online. Source: Getty.

A range of handbags and purses with a very cheeky print has drawn a mix of reactions online, with one grandmother telling 7News she was left shocked after she came across the x-rated find while shopping for handbags on Myer’s website. However, others have found the print hilarious.

The accessories in question are made by the Australian company La La Land and feature a native-themed print as part of its Wild Fur You collection. At a quick glance, the print seems harmless, but a closer look reveals the Australian animals pictured on the bag are in fact having a jolly good time with kangaroos, emus, koalas, dingoes and wombats and more seen in intimate positions.

“I am all for a cheeky joke, but I draw the line at this,” the grandmother told the publication. “Shocking!”

Meanwhile, one puzzled social media user took to Facebook, writing: “Is it just me or is this purse from Myer a little… um… bestial?”

However, others didn’t see a problem with the cheeky print and thought it was humourous and “very Australian”, with one Myer customer writing on the company’s review page, “Love the print, very Australian and a little bit cheeky.”

Another added: “The print is certainly hilarious and went famously well when given to a friend who likes telling green jokes.”

While a third wrote: “Loved this piece even though it is a bit humorous.” And another commented: “Good quality, large and uniquely Australian. Bought a bunch as gifts for friends back home I’m sure they’ll love it!”

It comes a few months after one Sydney mum was left red-faced after accidentally purchasing a rather graphic book for her eight-year-old son.

After trawling an online bookstore to find the perfect gift for her penguin-obsessed son, and browsing more than 400 titles, journalist Ariane Beeston settled upon a book titled Penguins, which features a cute cover depicting small black and white cartoon penguins. However, what she didn’t realise at the time was, the book is actually intended for adults and features an array of X-rated comics, including one of an “exploding phallus”. The mum saw the funny side though and documented her hilarious mistake on social media.

Then saw this delightful cover and was like oh wow cool little comic penguins. I’ll take that one. Mother of the year. Killing it. pic.twitter.com/WhOzTbGnh7