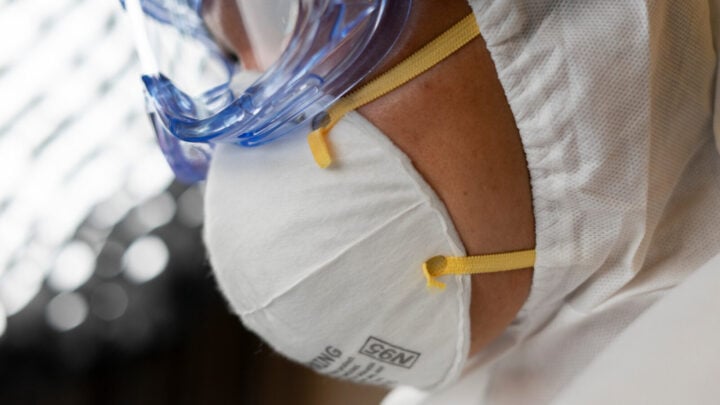 What we know so far about the Wuhan lab leak theory. Source: Getty

If you’ve opened a paper this morning, you’ve no doubt seen that talk is heating up around the theory that Covid-19 originated in a Chinese laboratory. It’s been more than a year since the start of the Covid-19 pandemic, and while it was previously believed the virus originated in nature, new evidence has prompted world leaders to order their officials to seriously consider the idea that the virus was man-made and spread among the public as a result of human error.

Over the past 18 months there have many theories thrown around as to exactly where and how the Covid-19 virus originated. One being that the virus, which has killed more than 3 million people globally, came from a wet market in the Chinese city of Wuhan. Another is that China used the Wuhan Institute of Virology to deliberately create a virus that could wreck havoc on the world and wipe out a huge portion of the population. This idea has, of course, been widely discredited.

Now though, the previously discredited claim that Covid-19 may have accidentally leaked from a Chinese laboratory is gaining traction. Here’s what we know so far:

The Australian has published a video that shows live bats at the Wuhan Institute of Virology, stoking the theory that the Covid-19 pandemic was indeed triggered by a lab leak.

The footage of the bats directly contradicts claims made by World Health Organization (WHO) investigators, who previously said the idea that the virus originated in a Chinese lab was a preposterous conspiracy theory.

In the 10-minute video, titled ‘The construction and research team of Wuhan P4 laboratory of Wuhan Institute of Virology, Chinese Academy of Sciences’, bats can be seen huddled in the corner of a cage. At one point, a scientist feeds a worm to one.

The Australian’s lead investigative reporter Sharri Markson explains in the article that the virus was possibly created in the Wuhan lab and leaked into the public by one of its workers, it stops short of claiming that the leak was deliberate.

“This revelation is crucial because it raises the possibility a lab employee may have become infected from a diseased bat housed in cages at the Wuhan institute,” Markson writes.

“Samples could also have been subject to genetic manipulation and other gain-of-function research which aims to increase the transmissibility and virility of viruses, ostensibly in order to predict which may be able to infect humans and cause a pandemic.”

According to The Australian, the Wuhan Institute of Virology has now collected 19,000 bat samples, with coronavirus detected in 2,481 samples.

World leaders at the G7 summit discussed the theory this weekend, with US President Joe Biden ordering his own officials to “redouble” their efforts to determine whether the virus came from a laboratory accident or human contact with an infected animal.

Australian Prime Minister Scott Morrison has also weighed in on the discussion, saying finding out what caused the pandemic is “incredibly important”.

“The purpose of these inquiries is to understand,” he said, The Sydney Morning Herald reports.

“It’s got nothing to do with politics or frankly blame or anything else. It is about understanding it so we all on a future occasion, should it occur, can move quickly and can respond and avoid the absolute carnage that we’ve seen from this pandemic to both lives and livelihoods all around the world.

“The transparency around these things is incredibly important just for health and safety, if nothing else.”

What are your thoughts on this theory?