Woman, 68, charged with ‘selling drugs out of Sydney home and possessing firearm’ 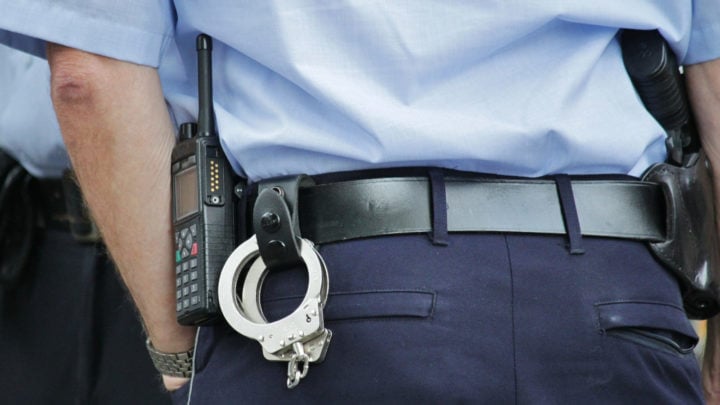 A 68-year-old woman was arrested and charged for selling drugs out of her Sydney home. Source: Getty

A 68-year-old woman has been arrested and charged for allegedly selling drugs out of her home in Sydney following an investigation by police – as well as allegedly possessing a firearm.

In August this year, detectives from Operation Vipers led an investigation in the area of St George into the supply of illicit drugs – with a home in Huntsville a main point of inspection. After weeks of investigations, the detectives searched the house in Lyle Street on Thursday with the assistance of Central Metropolitan Region’s Operation Odin and the dog unit.

The 68-year-old woman was subsequently arrested and taken to Kogarah Police Station after police allegedly discovered a range of drugs in her possession including cannabis and methyl-amphetamine, along with a revolver, taser, scales and mobile phones. She was charged with 14 offences and is set to appear before the Sutherland Local Court on Friday.

It’s not the first time an 0ver-60 has made headline after being linked to drugs, with a group of grandmas opening up about their addiction to ice last year, with some admitting they had even blown their welfare and pensions on the drug habit. Opening up on A Current Affair, the women complained of the costs of funding their addictions, and admitted to prioritising nights out and drugs over buying groceries.

Grandmother-of-four Maria admitted receiving up to $350 a week from the government, with part of the funds going towards drugs – which, she said, are “too easy” to come by in her hometown of Morwell in Victoria. “Almost everyone here does drugs,” she added. “Marijuana, ice, morphine, who knows what else.”

But surprisingly, she said she doesn’t go out partying after she’s injected the drugs – instead choosing to read, knit and crochet in her tidy apartment. Revealing the last time she took ice, she admitted it was with her adult daughter. “You know, it’s acceptable for me to sit around and have a scotch with her, that’s fine, in society’s eyes and in my own eyes. But to do ice with your own daughter? I want to be a decent person. I don’t want to do this, it just drives me insane,” she said, as she fought back tears.

“I feel very guilty using government money to score ice,” she admitted. “If they said to me they’d give me my welfare on a card, and I wouldn’t get the cash, I’d be very happy with that, ‘cos I want the drugs out of my life altogether. There’s nothing worse than a granny junkie. It’s disgusting.”

Maria blamed the area she lived in, and the prevalence of drugs there, for fuelling her addiction – and insisted she wouldn’t be on ice at all if she was in a safer area. “If the DHS moves me to over-55s accommodation, I won’t even be thinking of it (drugs),” she said. “I’ll be doing the gardens and that for them (the other residents). I love gardening.”

Mother Samantha agreed with her, and compared the area to the “Wild West”, while another pregnant woman insisted she could “stop” if she wanted – but couldn’t answer when asked why she hadn’t. But not everyone felt regret over their habit, such as Lizzie, a grandmother of five who lives in the same block and chose to keep her appearance hidden on camera.

While bending over to change on of her grandchildren, she slurred and swayed as she explained she had smoked the night before – and was still feeling the effects of it. Her main concern was the price. “It’s like $50 a point. That’s a lot of money to people who are on welfare,” she said, before later adding: “I’d rather buy ice, go out with my friends, party, instead of buying groceries, yeah.” Lizzie eventually blamed her circumstances for her habit, and said: “It’s hard on welfare, being an alcoholic, a drug addict, you know. It’s just that vicious cycle.”