‘We’re in a world of pain’: Jacqui Lambie demands action on the rising cost of living 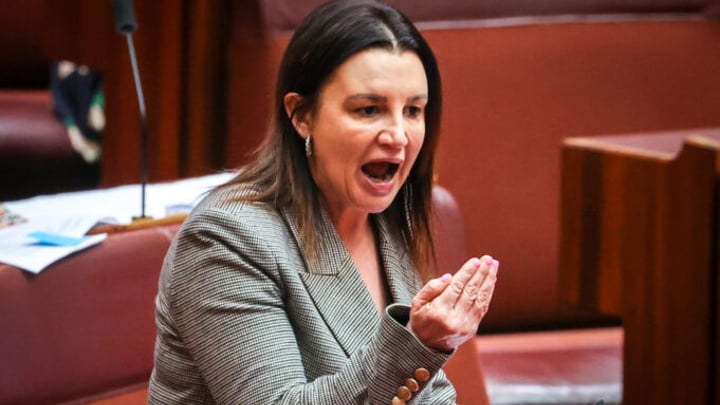 Senator Jacqui Lambie has demanded that the Albanese government introduce a cost of living package as the price of everyday items continues to rise.

As the price of food, fuel, and other essential items skyrockets, Lambie predicted that the country is headed toward a recession and warned the Reserve Bank that “people are doing it really tough out there”.

Lambie’s comments come as Treasurer Jim Chalmers prepares to deliver an updated economic forecast on Thursday, July 28 which is expected to outline more financial hardship on the way due to high inflation and an expected interest rate hike from the Reserve Bank next month.

“I just say to the Reserve Bank, there are many people out there at the moment that don’t have savings in their bank accounts, so it’s making it really, really difficult,” Lambie said.

“The cost of living has gone through the roof and a roast lamb is now a luxury.

“I hate to say this, and I don’t want to say it, but let’s be honest here, we’re heading into a recession.

“It’s just what that recession is going to look like, and how bad it is … It’s really quite sad out there.”

Ahead of his July 28 update, Chalmers released a statement recognising the difficult economic position Australia finds itself in, and although the government expects that “inflation will get worse before it gets better” they are confident “it will get better”.

“New numbers show inflation has increased 6.1 per cent over the past year and highlight the difficult circumstances facing Australian workers and families,” he said.

“This high and rising inflation is not surprising but it is still confronting. Australians know the pressure that inflation imposes on household budgets – they see it and feel it every time they visit the supermarket and pay the bills.

“Higher inflation has come with higher interest rates and the independent Reserve Bank has told us they are set to rise even further.

“We didn’t create these problems but we accept responsibility for addressing them.

“That’s why we’re working hard to deliver on our commitments to boost the capacity of the economy and reduce the cost of living, and why we fought for an increase to this year’s minimum wage which will impact around 2.8 million Australians.”

I’ll be delivering a Ministerial Statement on our nation’s economic outlook at 12:30pm today. Tune into ABC24 to watch live. #auspol

Seemingly not content with the Treasurer’s statement, Lambie compelled Chalmers and the Prime Minister to deliver a package to help with the pressures associated with the rising cost of living.

“He’s going to have to give (people) some room to move, some breathing space,” she said.

“Something will need to be done. People are doing it really tough out there.

“We’re in a world of pain. I think we need to open the discussion on those sorts of packages for the future.”

Should Lambie’s demands be met it would come as a welcome relief to older Australians who have been suffering the most from the rising cost of living, with recent data from the Australian Bureau of Statistics (ABS) revealing pensioners are experiencing an annual household living cost of 4.9 per cent.