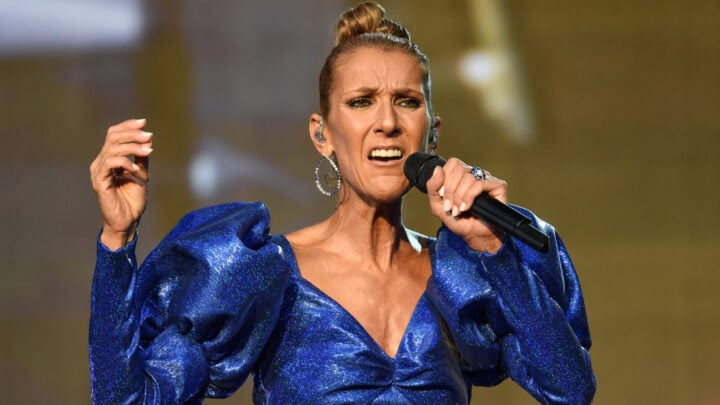 Celine- we mean Aline, belts out many tunes in this biopic. Source: Getty

The Cannes Film Festival is renowned for breaking down boundaries and setting the stage for the debut of many daring indie films. However, the new, unofficial biopic of chart-topping songstress Celine Dion takes weird to a whole new level.

Firstly, the film is titled Aline, after the titular character, Aline Dieu. Not Celine Dion. That’s an interesting choice, renaming the protagonist in … a biographic piece of cinema. Especially when the film’s score is comprised of Celine Dion’s greatest hits.

Secondly, the director, Valérie Lemercier, 57, also doubles, triples and quadruples as the writer of the work, a singer throughout, and the actor playing Aline. Nope, not strange at all. We guess it saves on costs. The biopic follows Aline, who is from a “Quebecois family of 14 children” as described by Vanity Fair, just as Celine, 53,  famously is. Again, a little weird, but nothing to write home about.

However, what really is wacky is the fact that Lemercier plays Aline for the entirety of the film; from Aline’s toddler years (?!) through Aline’s teen years (?!?!), and well into Aline’s adulthood.

As Vanity Fair puts it: “Aline is an otherwise straightforward behind-the-music narrative in which an actor who is almost 60 plays a small child.” A spot-on assessment of a very odd cinematic choice.

Lemercier shared with Montreal Gazette that one of Celine Dion’s children had made contact with her, asking for a copy of the film.

“I told my producer: ‘They have to see this film’,” Lemercier said. “I’m not afraid of the critics’ reaction, I’m afraid of Céline’s reaction. I want to know how her heart reacts to it.”

Aline is already released in France, having come out on November 22, 2021.

So is it actually any good? Well, when it screened at the Cannes Film Festival, playing in June 2021, it received a five-minute standing ovation. The film will now make it’s long ‘voyage’ to American screens in January 2022, and I guess our hearts will go on and on until we receive details for when this surreal film will be available in Australia. You can watch the trailer below:

Will you watch this when it comes to Australia?