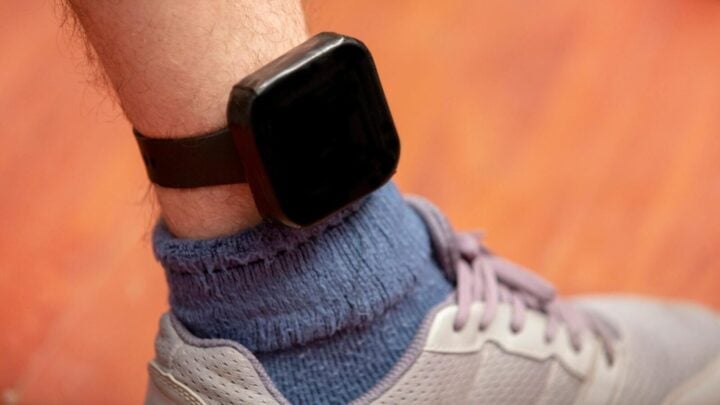 The order is the first of its kind in the country. Source: Getty.

A 53-year-old man who breached quarantine directions in Western Australia will now become the first Australian to be fitted with an electronic tracking ankle bracelet for the remainder of his time in quarantine. The man will also be summonsed for failing to comply with official directions and will appear in court at a later date where, if convicted, he could face up to 12 months in prison or a fine of up to $50,000.

WA police allege the man had been visiting family in Queensland before heading west on Friday evening without first applying for permission to re-enter the state. On arrival at Perth airport, the man complained of chest pains and was permitted entry into the state to be taken to hospital by an ambulance.

It’s then alleged the man defied a direction to wait for transport to a quarantine hotel and instead left the hospital to check into a backpacker hostel in Northbridge. Police then found the man at the pub Hotel Northbridge which was then closed that night and subjected to a deep clean as a precaution.

WA Police Minister Michelle Roberts said the man was now under police guard in hotel quarantine and has since tested negative for coronavirus, according to the ABC. She said work was now being done to have the man fitted with a tracking ankle bracelet for the remainder of his time in quarantine which would mark the first direction of its kind in the country.

“It’s something that we contemplated as a Government earlier in the year, we put the legislation through in April,” she said. “These are GPS ankle bracelets. We purchased 200 of them for this exact purpose and, as I understand it, the state emergency coordinator is progressing a direction so we can do just that.”

Roberts added that the direction isn’t about fitting ankle bracelets to people that don’t need them or using them unnecessarily but instead it’ll be assessed on a case-by-case basis with the person needing to prove themselves to be someone who can’t be trusted. She assured the issue was under state review but added that a large portion of blame could be put on the rest of the nation.

“One of the things I’m not happy with is the fact people are able to get on a plane in the eastern states and come to Western Australia without a G2G pass,” she said. “We have had discussions with both the ABF (Australian Border Force) and the AFP (Australian Federal Police) asking them if they will regulate that at airports, but unfortunately that doesn’t seem to be a priority for the Commonwealth to make those checks.”

As of Sunday, Western Australia reported no new cases within the past 24 hours and currently has five active Covid-19 cases with two coming from WA and three from interstate.