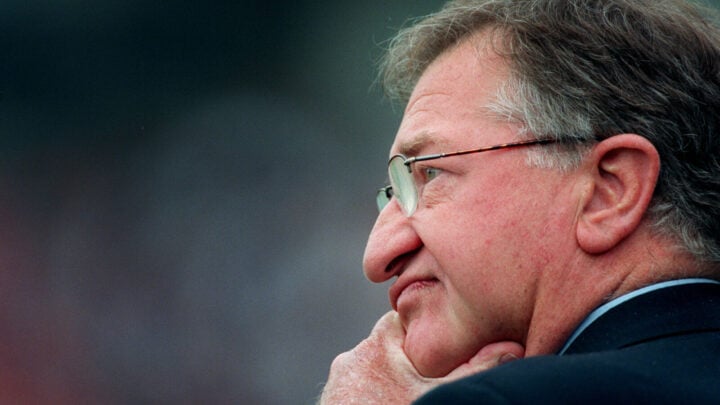 Tributes have poured in for former Liberal Party president and Carlton boss John Elliott, who passed away on Thursday, aged 79.

“He had been ill for a few weeks. He had a bad fall a little while back and had been at the Epworth Hospital at Richmond. We got the very sad news this afternoon that he had taken his last breath.”

The family also put out a heartfelt statement, which read, “It is with great sadness that we announce the death of John Dorman Elliott. He died Thursday evening at the Epworth Hospital in Richmond after a short illness.

“Dad will be greatly missed by his four children Tom, Caroline, Edward and Alexandra. Their children Henry, Sebastian, India, Ava, Lottie and Mathilda will remember forever their ‘Grandpa Jack’.

The businessman, who was just 10 days short of his 80th birthday, was federal president of the Liberal Party from 1987 to 1990. He also served as the president of the Carlton football club from 1983 to 2002.

People have since taken to social media to pay their respects, with Treasurer Josh Frydenberg tweeting, “Very sad to learn of the passing of former Liberal Party & @CarltonFC President John Elliott. He was a proud Victorian and a larger-than-life figure. He will be greatly missed and I extend my deepest condolences to his family.”

Do you have a message for John Elliott's family?