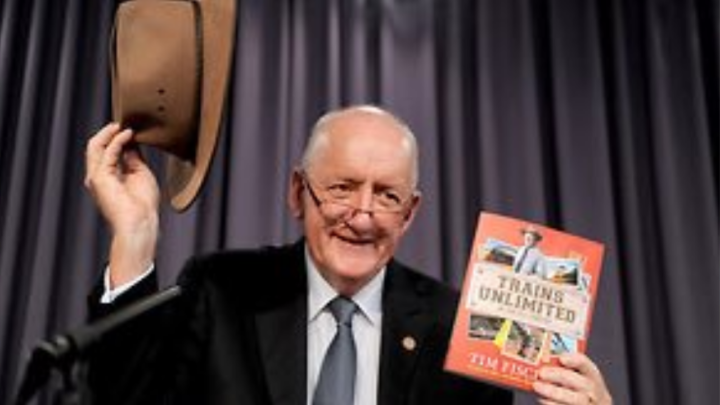 Former deputy prime minister and leader of The Nationals, Tim Fischer, is “gravely ill” in hospital following a decade-long battle with cancer.

The 73-year-old, who has faced a tough fight with acute leukaemia for 10 years, is currently being treated at the Albury Wodonga Cancer Centre, months after revealing his had turned to chemotherapy to fight the disease. ABC News Breakfast host Michael Rowland took to social media on Tuesday morning to share an update on his condition and sent his best wishes to the much-loved former politician.

In a post shared on Twitter he wrote: “My thoughts this morning are with former deputy PM Tim Fischer, who is gravely ill in Albury hospital. I am told he is putting up a brave fight. That’s the Tim everybody knows.”

It followed an initial report by The Australian claiming Fischer was gravely ill, suffering from the effects of his 10-year cancer fight.

My thoughts this morning are with former Deputy PM Tim Fischer, who is gravely ill in Albury hospital. I am told he is putting up a brave fight. That’s the Tim everybody knows. 🙏 pic.twitter.com/D7WUdEvsNg

Late last year Fischer appeared on ABC’s Australian Story where he admitted his prognosis was “not good”, with hope and prayer keeping him strong throughout the difficult time.

“It’s as it is. At three score plus 12, you take the cards that you’re dealt with and hope and pray,” he told the program back in November. It’s not the ex-politician’s first cancer fight as he was previously diagnosed with bladder cancer, prostate cancer and two melanomas – however this is the most serious.

Tim revealed on the show he believed the health blow could be down to exposure to the chemical Agent Orange during his service in Vietnam in the 1960s.

Meanwhile, his son Harrison, who has been diagnosed with autism, found it more difficult to discuss his father’s condition. He told the show in November: “I struggle to think about what he says with that, because it’s a bit sad that Dad’s not well and he could die any day, probably … It makes me feel really upset.”

“It was shattering, it was disappointing, it was challenging. And initially I pushed back against it in a somewhat crazy way,” Tim explained on Australian Story.

It led to Tim realising he also had a mild form of autism himself, having had an unusual lifelong fascination with railways and transport. For Harrison, that fascination lies in politics – but unlike his father, he’s a Labor supporter.

Do you have a message for Tim Fischer and his family as he continues his battle against cancer?