The disappearing act: A short story 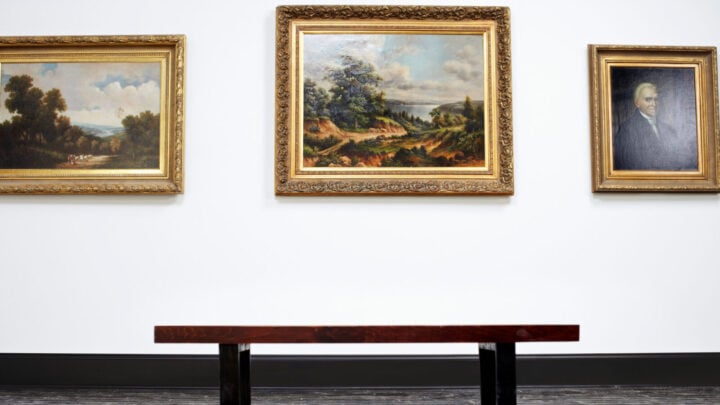 A widowed museum docent spots some graffiti on a painting that used to be his wife's favourite painting, sending him down memory lane. Source: Getty

It looked like there was a scratch on the painting.

Arthur examined it closely. Yes, there was a definite mar. Why wasn’t he paying closer attention as a docent? This wouldn’t do. He couldn’t afford to get fired from this job, as he needed the extra income after being eliminated from the accounting firm six months ago.

Perhaps it was someone who came in toward the end of the day? The museum had been busy. He recalled a high school tour, and usually, those kids were fairly well behaved. But there’s always one or two who like to flex themselves in destructive ways, often when their teachers aren’t looking.

The rest of the paintings looked okay. But on this one, there was a small gouge right on the edge of the boat. Most people would never notice it, but Arthur was very familiar with these paintings, having once dabbled with landscapes in his younger years. And then there were his travels.

He remembered going to Europe when his wife was alive and seeing the works of Corot, Monet, Rembrandt, and others. Those were the days, touring the major museums before she got lung cancer.

It was a brutal battle, one riddled with chemo, radiation, and excessive expenses that were not covered by their insurance policy. He didn’t regret any of it. They had been married 57 years. A love like that is hard to replicate.

Cancer took its toll on both of them. He started paying less attention to the firm because he was wiped out from months of caregiving. Sometimes Harriett wasn’t even able to get to the bathroom by herself because she had gotten so frail.

The caregivers had come in three times a week to help, but he knew that her death was inevitable. Lung cancer is brutal. Like a wildfire, you can abate it for a bit with chemo and radiation, but then it laughs at you as it continues devouring other parts of your body. It eventually went to her brain, and she was gone a few weeks later.

The partners at the firm were sympathetic, but his work continued to falter. He eventually made a sizable error on a tax return and they decided to let him go.

His exit package sustained him for a while, but it didn’t offset all the medical bills that kept piling up. Hospitals don’t care whether you can pay your bills. They have their own problems.

And now here he was, a docent at the Baker in Naples, making an eighth of what he used to earn at the firm. It was hard standing on his feet all day, but the museum didn’t have the flexibility to let him work part-time. At least they were impressed with his attention to detail, and his background in the arts.

But today, he was daydreaming of Harriet. Maybe he should’ve paid closer attention when those kids came through. Why wasn’t there a rope in front of masterpieces like these?

He looked at the painting more closely. The gouge was in a black section of the boat. Upon closer inspection, he noticed that the gouge looked like a small H. He thought it was odd. This was one of Harriet’s favourite paintings.

Thankfully he still had his pocket protector on him as most accountants do. Even though most people do their written work online, he still preferred the sturdiness of writing implements.

The museum would be closing in about twenty minutes. He couldn’t hear any echoes from the footsteps in the adjacent wings, so he moved closer to the painting.

He glanced over his shoulder one more time before he got out his black pen, carefully filling in the H where the gouge was apparent. He blew on it carefully, knowing that it would dry quickly because it was only a pen.

He could still see the H from a certain angle, but most viewers would probably not notice it. Slowly he slipped the pen back into his pocket protector.

He opened his wallet to look at a photo of his beloved Harriet before glancing back at the painting one more time. Dimming the lights, he exited the building and headed for his car.