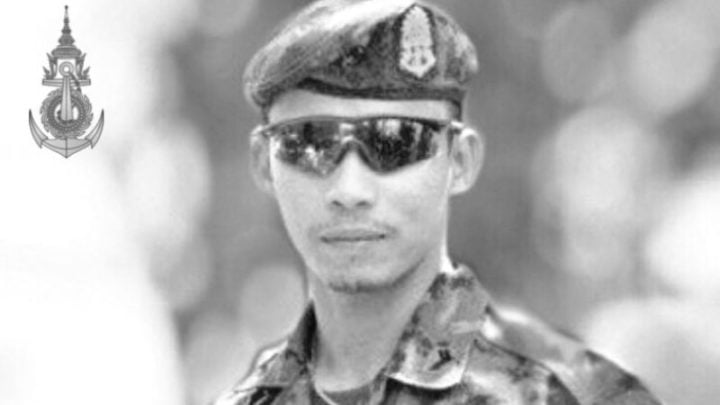 A Thai Navy SEAL who helped rescue 12 young soccer players and their coach from a flooded cave last year has tragically passed away almost 18 months after the incident which captured the attention of the world.

Petty Officer Beiret Bureerak was confirmed dead on Friday as a result of an infection which he contracted during the remarkable rescue effort, according to AAP via The Australian.

The Royal Thai Navy also paid tribute to the deceased soldier on social media, revealing the cause of death was a blood infection he contracted during the dive which had recently worsened.

“After that, it has been treated and under the supervision of the doctor closely. the symptom has collapsed and died from the blood infection in the bloodstream [sic],” the post on Facebook read.

The SEAL had been under close medical supervision and receiving treatment for the infection ever since the rescue, which took place 17 months ago and saw soldiers and cave diving experts from around the world forced to extract the boys who had been drugged with ketamine to prevent them from panicking.

The incredible rescue effort took place across 17 days in June and July 2018 after the Wild Boar soccer team and their coach became trapped inside the Tham Luang Cave in northern Thailand. The team survived for nine days by drinking water dripping from the cave ceiling before they were discovered and a rescue mission launched.

At the time, news of the successful recovery, which finally came to an end on July 10, was shared on Facebook by the Thai Navy SEAL as the military force shared a message which loosely translated to: “12 wild pigs and coaches out of the cave. Everyone safe.”

“We are not sure if this is a miracle, a science, or what. All the thirteen Wild Boars are now out of the cave,” a further message read.

They also confirmed at the time that four Navy SEALs who had been involved in the rescue had made it to safety, following the death of a former Thai Navy diver who sadly died after volunteering to assist with the rescue.

Sergeant Saman Gunan, 38, had been working in a volunteer capacity when he passed away as a result of a lack of air as he made his way to a command centre that had been set up 2km inside the cave. His death took place almost two weeks after the boys first became trapped.

Two Australians, Dr Craig Challen and Dr Richard Harris, took part in the mission and as a result were both awarded the title of Australian of the Year for their heroic efforts in the international rescue mission.

Anaesthetist Harris and retired vet Challen made worldwide headlines when they joined the team in Chiang Rai, Thailand, and offered invaluable advice on how to get the stranded boys out safely.

Meanwhile, Challen has dived some of the country’s deepest wreaks and has a set depths records in diving. He was named Technical Diver of the Year in 2009.

Do you remember the Thai cave rescue? Have you been following this story?