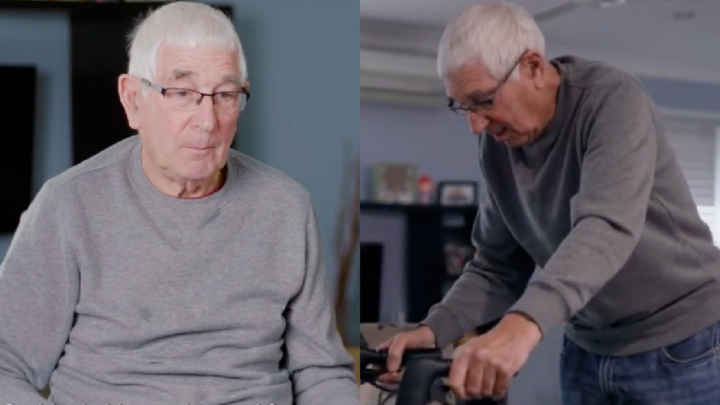 Queensland Parliament is due to vote on the Voluntary Assisted Dying Bill 2021 in two weeks time on Tuesday, September 14. The bill’s vote is in the hands of individual MPs, each of whom has a conscience vote.

The 73-year-old grandfather, who was diagnosed with motor neurone disease in 2019, is now pleading with state MPs to pass the bill.

“This most awful disease has robbed me of the twilight of my life,” the distressed grandfather said in a Dying with Dignity Queensland (the state’s assisted dying advocacy group) video, which urges MPs to remember what is at stake as the final vote approaches.

“So be it, but for the state to then sentence me to suffer until nature ends my life by restricting my breathing to the point of suffocation, I find that ridiculous, criminal and reprehensible,” he said.

In the confronting video, John went on to describe the impact his illness has had on his life, saying: “Suddenly I have changed from an active person who worked hard, was a distance runner, played in a rock band until I was 70 and was always the big, bad wolf chasing the grandchildren, to a cripple who is unable to walk, unable to talk and who has difficulty even chewing and swallowing.”

The grandfather-of-two added that he’s well aware “that this spasticity will only deteriorate until the point where I can’t breathe, which of course is a terrifying prognosis”, however, he’s determined to die peacefully and pain free.

“I determined at the time of diagnosis that I wouldn’t see this disease through to the end,” he said. “I don’t fear death per se, although the manner of my death is obviously a worry, but the present situation in Queensland gives me only two options.

“I have been forced to have conversations with my wife and daughter that nobody should have.”

Meanwhile, John’s wife Lynn, who knows all too well the pain of watching a loved one suffer through an illness, backed her husband’s calls to legalise VAD laws in Queensland, saying in the video: “He has the right to choose when he wants to give up the fight. And this is where we want voluntary assisted dying to come in.”

If Queensland does pass the bill, it will become the fifth state in Australia to do so. In June 2019, Victoria became the first state to legalise assisted dying laws in Australia. More than 130 Victorians applied to end their lives in the first six months of the state’s assisted dying laws becoming legal, far more than authorities had expected. Since then, Western Australia and Tasmania have both passed VAD laws, with the new laws coming into effect from July 1 this year in WA, and in the next 18 months for Tassie. South Australia also passed its bill in June this year.

While euthanasia has always been a topic of interest in Australia, the country’s ageing population pushed the issue to the forefront in recent years. Many Australians aren’t having the end-of-life experience they want or deserve, and intensive care and palliative care units are flooded with people in their 80s and 90s waiting out their final days in hospital rather than people able to pass peacefully in their homes.

According to Go Gentle Australia, the assisted dying advocacy group established by Denton in 2016, 85 per cent of Australians support VAD laws.