‘It feels so mindblowing’: Novak Djokovic thanks fans for their support in US Open bid 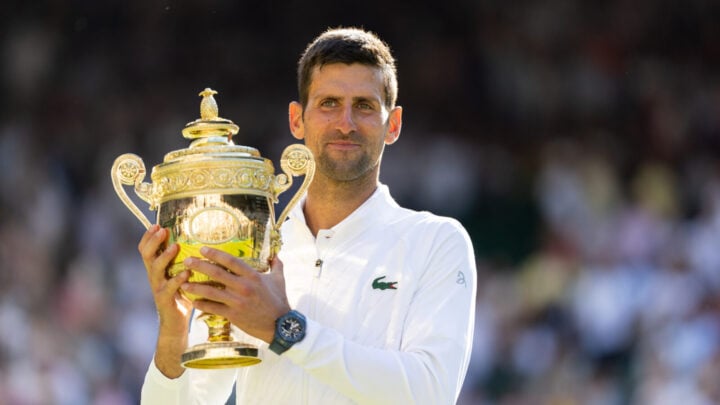 Novak Djokovic thanks fans for their support. Source: Getty

Novak Djokovic has thanked fans who rallied behind him and created a petition to allow the athlete to compete in the upcoming US Open.

Known for his anti-vaccination stance, it’s unlikely the 21 grand slam winner will play at the US Open in August due to the country’s strict border laws prohibiting unvaccinated people from entering the country.

In a post shared to Instagram, Djokovic said he was “grateful” for all the support he’s receiving.

“I just wanted to take a moment and say to all of you how grateful I am to see so many messages of support and love from all around the world these days,” Djokovic wrote.

“I wasn’t expecting it, and that’s why it feels so mindblowing. Just wanted to say THANK YOU.

“It feels special that people connect with my tennis career in such a loving and supportive way and wish for me to continue to compete.

“I am preparing as if I will be allowed to compete, while I await to hear if there is any room for me to travel to US. Fingers crossed!”

“There is absolutely no reason at this stage of the pandemic to not allow Djokovic to play at the US Open 2022,” the petition reads.

“US Government and USTA must work together to allow him to play.

“If unvaccinated American players can play, Djokovic as one of the legends of the game must be allowed to play. MAKE IT HAPPEN, USTA.”

While his fate at the US Open is in the air, Djokovic has said he still plans on coming to Australia for the 2023 Australian Open to take the record for grand slams off Rafael Nadal, who has 22.

“I was deported from the country to which I would like to come back,” Djokovic said to reporters at the Bosnian tennis centre.

“I would love to come back to Australia. I love Australia, I had my best Grand Slam results in that country. Hopefully, in January, I can be there because I want to be there, and I also want to be in New York. I want to be in America, I want to be everywhere I can possibly play.

“I am a professional tennis player, I don’t go into politics or anything else because that doesn’t interest me. I have my stance and I am a proponent for freedom to choose what is best for you. I respect everything and everybody, and at least I expect people to respect my decision.

Djokovic said he’s not worried about missing out on grand slam opportunities.

“I still feel young in my own skin, I feel I have many more years to come so there will be a lot of opportunities,” the athlete said.