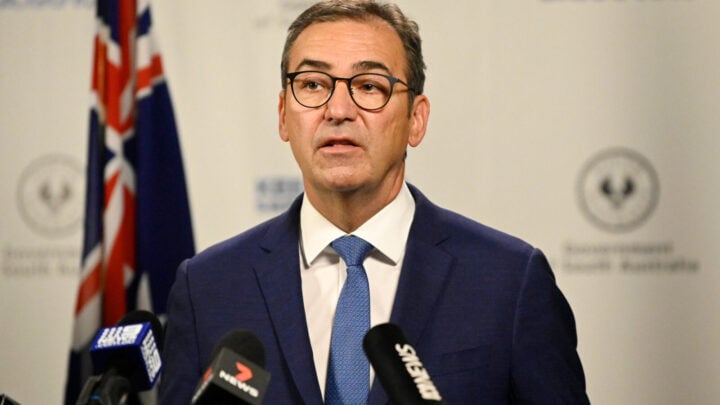 South Australia will enter a hard lockdown for six days in what Premier Steven Marshall is describing as a “circuit breaker”. The premier made the announced in a press conference on Wednesday, revealing the new restrictions will be put in place at midnight tonight. It comes as the state recorded two new community-transmitted cases overnight. There are now 22 cases directly linked to the cluster and a further seven suspected cases.

“We need a circuit breaker to stay ahead of this,” he said. “We need breathing space for contact tracing to protect the elderly, to protect the vulnerable, to protect our entire community. That is why, today, I am asking you to rise to the challenge again.

“As of midnight tonight we need our community to pause for six days. A series of wide-ranging restrictions will be implemented to significantly reduce mobility in the community to stop the spread, to stamp out this virus.”

Closures in the first six days include all schools, universities, takeaway food, pubs, cafes, coffee shops, foods courts, and open inspections and auctions for real estate. Outdoor sport and physical activity are also off limits, while elective surgery, except for urgent operations and cancer treatment, will be put on hold as well as regional travel. Weddings and funerals will also be banned, while masks will also be required in all areas outside the home. Meanwhile, aged care and disability residential facilities will be in lockdown.

On the other hand, essential services like supermarkets, public transport, petrol stations, postal services, childcare (but only for families of essential workers) will remain open.

It comes as the SA outbreak pushed several states and territories to quickly shut their borders declaring the state a national hotspot. Northern Territory, Tasmania, Queensland and WA all reimplemented a mandatory quarantine for those entering from South Australia.

Meanwhile, NSW maintained an open border with NSW Premier Gladys Berejiklian saying people needed to “learn to live with Covid”, while Victoria declared the state a hotspot but kept the borders open saying travellers from South Australia would instead be interviewed on arrival and might be required to be tested.