‘The Fake Prince Down Under’: Sisters of King Charles’ ‘secret son’ shoot down royal parentage claims 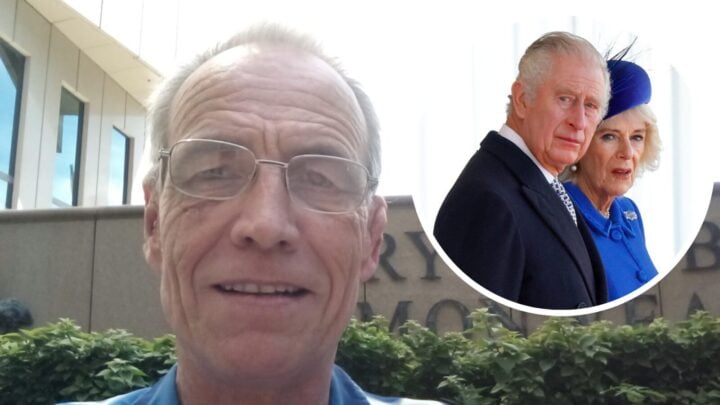 Two women who allege to be the sisters of Charles and Camilla’s “lovechild”, Simon Dorante-Day, are accusing their sibling of lying about his connection to the Royal Family.

The 56-year-old grandfather first started making international headlines after claiming he is the “secret son” of the King and Queen Consort back when the pair first started dating back in the ’70s.

Now, Tracie, 52, who alleges that she is Dorante-Day’s potential birth sister, and Amanda, 56, his adoptive sister, have created a Facebook page in a bid to debunk Dorante-Day’s allegations.

The women, who have asked not to reveal their full identities, have told the Daily Star they believe Dorante-Day’s fantastical claims about his royal parentage are based on the desire to feel important.

“In my opinion, his main motivation is money but it’s also coupled with a desire to be recognised as someone of importance,” Amanda said.

“As an adoptee, I think he has an image of whom and where he would like to come from – or his bio family to be – and we never fitted this.

“My six million dollar question is why Charles and Camilla?”

Dorante-Day alleges that the was adopted in 1966 by a couple from Portsmouth – who allegedly worked for the Royal Family – when he was eight months old and Camilla allegedly could no longer keep him a secret.

However, the women say all this is false.

Tracie and Amanda say Simon was born to a woman named Sandra Pinder, who is their mother.

In 2011, Tracie had reached out to Dorante-Day via email to fill in the blanks about his parentage and provided him with ways to reach her and their mother, but he never responded.

“I provided mum’s and my phone number at the bottom of that email…never heard from him, Tracie said.

She believes Simon’s “motivations could be anything! Money, notoriety, or a belief who knows for sure?”

In their page’s FAQ section, the women explain how why they have all this information on Dorante-Day, writing that when they had first come across his story “he encouraged people to do the research for themselves, as it was during the COVID pandemic there was not much else to do, the more we looked into it, the more his story didn’t make sense.”

“I’m telling my side of the story simply because my parents and grandparents are not able to and naturally I want to protect their memory,” Amanda tells the Daily Star.

“They would be turning in their graves if they knew what he has said about them and accused them of. They would also be asking the same question that I and many others have frequently asked, ‘Why?'”

Since the publication of Amanda and Tracie’s interview, Dorante-Day has taken to social media to counter their statements, writing that “what others illegally share and lie about doesn’t prove who I am.”

“I know for a fact that Amanda is publicly attacking my family & I to cover up her wrongs against me as a child, she is not defending the reputation of any member of the Day or Bowlden family as my case submission has stated,” Dorante-Day’s statement says.